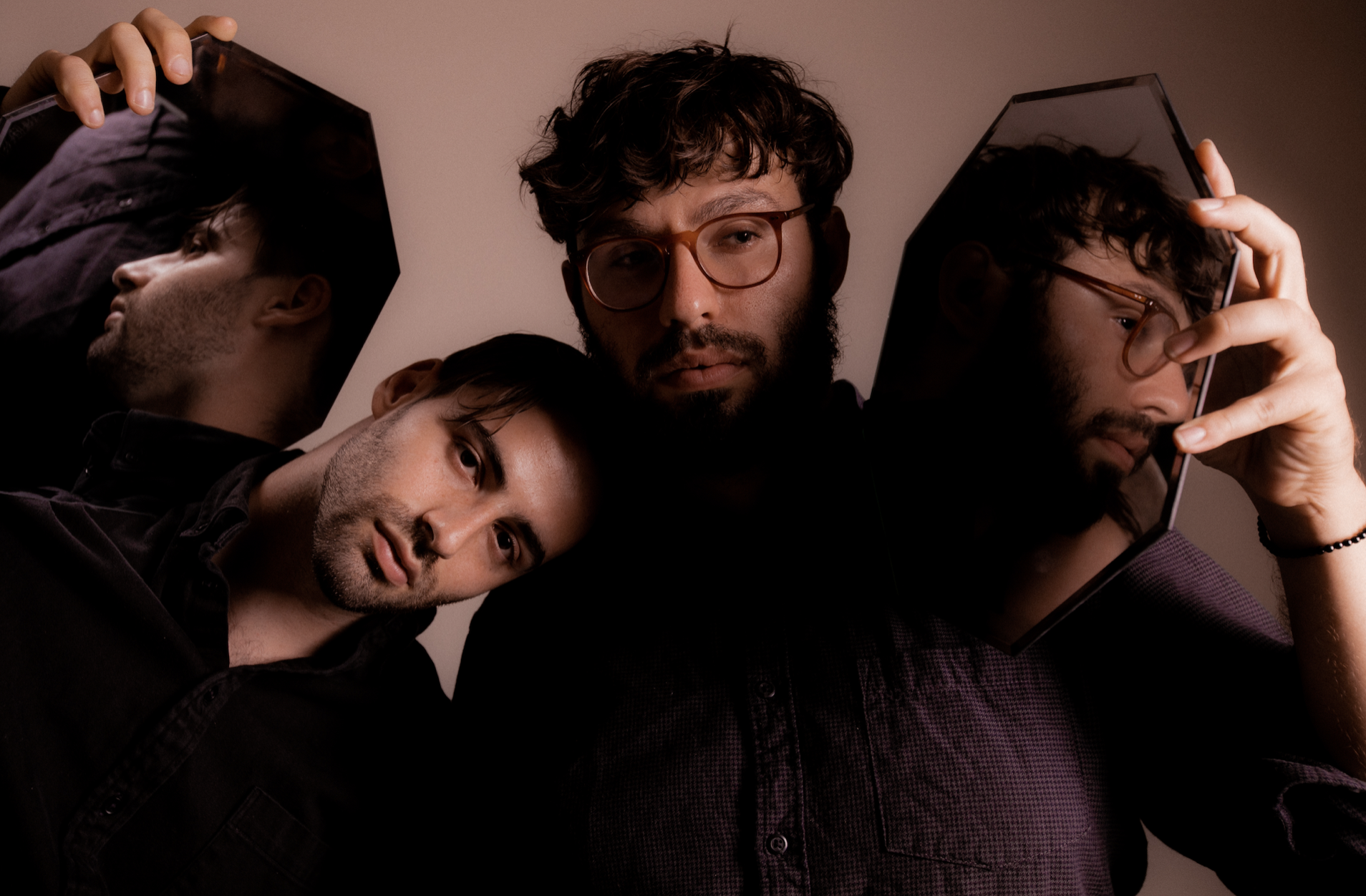 slenderbodies is the musical duo of Max Vehuni and Benji Cormack whose music pulls from indie, pop, and elements of R&B to create the lush groove that has garnered them millions of listeners worldwide. I sat down with Max & Benji as they prepared for a live-streamed showcase of their new immersive EP ‘are we?’ in Vehuni’s SoCal home.

Hey guys, thanks for being here!

Max: thanks for having us.

So where are you guys right now?

Benji: We’re in San Diego which is where we’ve been rehearsing for the live stream we’re doing tonight

And is that to celebrate the release of the new EP?

Max: yea we’re going to play a bunch of new songs off the record.

How long have you guys been in San Diego for? Was that just for the live stream rehearsal?

Max: I live here, so we’re all at my house. Benji’s been here for about a week.

Benji: I live in Austin

But both of you are from Northern California right?

Benji: well that’s where we met. I’m from the Bay Area and Max is from Glendale. But we met in college at UC Santa Cruz

You’ve said before that nature plays a big role in your music, and I bet that was a great place to get inspired.

Benji: Yea I think it’s always been a backdrop to the music, especially since we had the shared experience of living in the redwoods. But just as people we care a lot about the environment. We’ve always loved to go camping and hiking, so that immersion in nature really inspires and informs a lot of the music we make.

Do you have a secret spot in nature that inspires you?

Benji: I’d have to say the coastal redwoods. I love the juxtaposition of the tallest trees next to the ocean waves.

Max: Yea that was the inspiration behind our previous record ‘komorebi’

So what inspired the new EP? Do you think your sound has evolved in a particular way?

Benji: This record was really inspired by the music itself. We had an overarching question we were asking ourselves while making it, which was: are we? We were trying to fill in that blank with whatever the last bit of that question would be; are we pop, are we collaborators, activists, and all of these different questions. We were really exploring new sounds again. When we started this project it was largely based around manipulating guitars and falsetto vocals, so we broke a lot of rules on this record.

How did you interpret those questions on the record? I’m especially curious about the activist question, since we’ve seen so many artists using their platform to promote causes they care about over the past year.

Benji: I mean there’s a ton that is happening domestically and across the world. This project has always been a safe place and and escape for us, where we can escape into this music as collaborators and make something where we can be at peace. We wanted to continue that for us and our fans, because that’s been such an integral part of our creative process, but at the same time we do have a platform and that comes with the responsibility of amplifying the voices of other people who need support and things we believe in. We’ve tried some ways to do that like making a ‘Causes’ blog or making a video which spotlights socioeconomic inequality and the effects of America’s politics. The “are we?” question isn’t to find an answer, but it’s to explore those possibilities.

So where does the name slenderbodies come from?

Benji: so there’s a subatomic particle in quantum physics called slenderbodies. We’ve always thought quantum physics and it potential future implications were really fascinating, and to hear those words that have their own meaning take on a new life in a scientific setting interested us.

Wow you all seem very curious, between the exploration on this album and your interest in quantum physics! Do you have any other niche interests you’re hiding from us?

Max: we do all sorts of different hobbies. I’m super into woodworking so I like to build things and carve things out of trunks. I’ve especially picked that up during the pandemic, but we’ve also gotten into pottery throwing. I like the appeal of an activity where you produce a tangible thing at the end of it. That’s always been exciting for me, creating art with a final product that I can take pride in.

Benji: on the more trivial side, I love videogames. I like participating actively in the story rather than just being in the audience.

Do you have a favorite game?

Benji: well I probably play Super Smash Bros. the most, even though there’s not really a story in that, mostly just cartoon characters beating the shit out of other cartoon characters. But I played The Last of Us II recently, which is a zombie game but it’s more about relationships. There’s this fungus that turns people into these walking mushroom zombies.

That seems like an interesting one to be an “active participant” in the story for.

Benji: Haha it definitely was.

Max: We’re looking forward to getting back into playing live shows. I mean it’s been well over a year at this point and we’re really excited to get back in. We miss playing to crowds and travelling around the world, so we are excited to have that back in your lives.

Has there been a favorite show you’ve ever played?

Benji: We had some really special moments on the ‘komorebi’ tour. Touring with Passion Pit was also special since that was our first actual tour as a band. It was our third night ever playing live together and we played “Terminal 5” to like 3000 people. I remember the nerves of that were electrifying. It was definitely a trial by fire tour.

Touring can be so intense, and I know most people have their essential item they bring in order to stay sane. What’s yours?

Max: It’s like a massage gun, and it breaks up all the knots in your back. In addition to playing, people don’t realize how much time you spend sitting around while travelling, so we make sure to take care of our bodies too. A guitar can also get super heavy on your back when you’re rehearsing for hours upon hours.

Benji: yea after our first year touring I had to go to a physical therapist to get straightened out.

We’ve all heard of sports medicine, but it sounds like we need to start a branch of musician medicine!

Benji: I’ve been sayin’ that for years