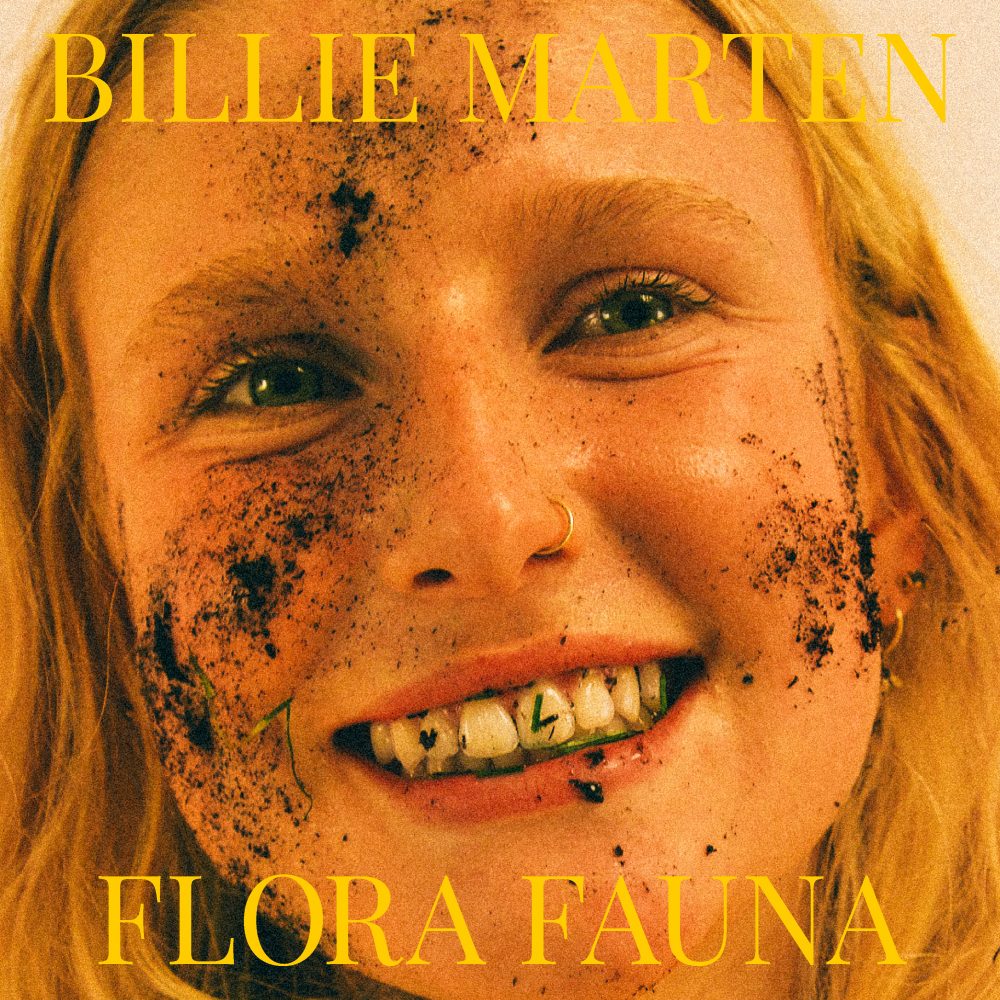 North-Yorkshire based artist Billie Marten just released her third album Flora Fauna. Translating to “plants and animals,” the latin phrase references all forms of life on earth, and the album serves to honor them. Despite being written during COVID-19, a time when the world’s hardness has intensified for most, the album exists as a celebration of life, which is a fascinating contradiction from many’s current real-world experience. The album’s optimism reflects Marten’s own internal resilience, and illuminates the innate human ability to push through ghastly times, coming out of them more hopeful than before. Its full-toned strength contradicts the soft lyrical acoustics of her two former albums Feeding Seahorses by Hand and Writings of Blues and Yellows; changes she accounts to a drunken bass purchase, as the instrument allowed her to saturate her music with a boldness she was formerly unable to explore.

With the album’s first track “Garden of Eden,” Marten utilizes terrestrial metaphor to highlight her unyielding desire to be alive, free of social expectation. She reflects how a life driven solely by competition proves to be fruitless in the end, as all our lives will eventually end and “everything will be replaced” when the natural world recycles. In response to this realization, she challenges hustle culture’s ego-driven desire for success by comparing herself to a plant that wants to “eat the sun and water up.” In the way that a plant does not live to compete, Marten reminds listeners that they do not have to internalize this socially constructed ideal, and can instead live a life driven by the desire to experience it, for our own memories and relationships are all we really have. Marten’s insatiable desire to experience her life is echoed throughout many of the album’s songs, alongside powerful beats and cathartic choruses that work to simultaneously liberate and excite. Many push listeners to self-reflect on what they value most, as Marten writes about darkly imagined situations such as a post-apocalyptic world in “Creature of Mine,” dreams of an afterlife in “Heaven,” and the female fear of night walks in “Human Replacement.”

Tones of liberation are embedded within songs such as “Kill the Clown” and “Walnut,” as both recall journey’s of re-finding independence, with a surrender of people-pleasing in the first, and the abandonment of a past relationship in the second. While the album’s upbeat tone is an undeniable shift from the sub-bass synths of her past work, tracks such as “Liquid Love,” “Ruin,” “Pigeon” and “Aquarium” bring listeners back to the atmospheric softness that is central to much of Marten’s music. With mellow guitar chords that play to listener’s emotional sensibilities, these songs are coupled by melancholic lyrics that are reminiscent of the innate human sadness Marten has spent much of her career exploring, with themes of self-bullying and emptiness directly ventured. Though, the album’s lack of sole emphasis on sorrow serves as a demonstration of her own personal growth, as the album uses this anguish-drenched introspection as a pathway to hope over despair. Flora Fauna exists as a multidimensional inquiry into the depths of what aliveness means for Marten, pushing listeners to seek to discover what sentience means for themselves.