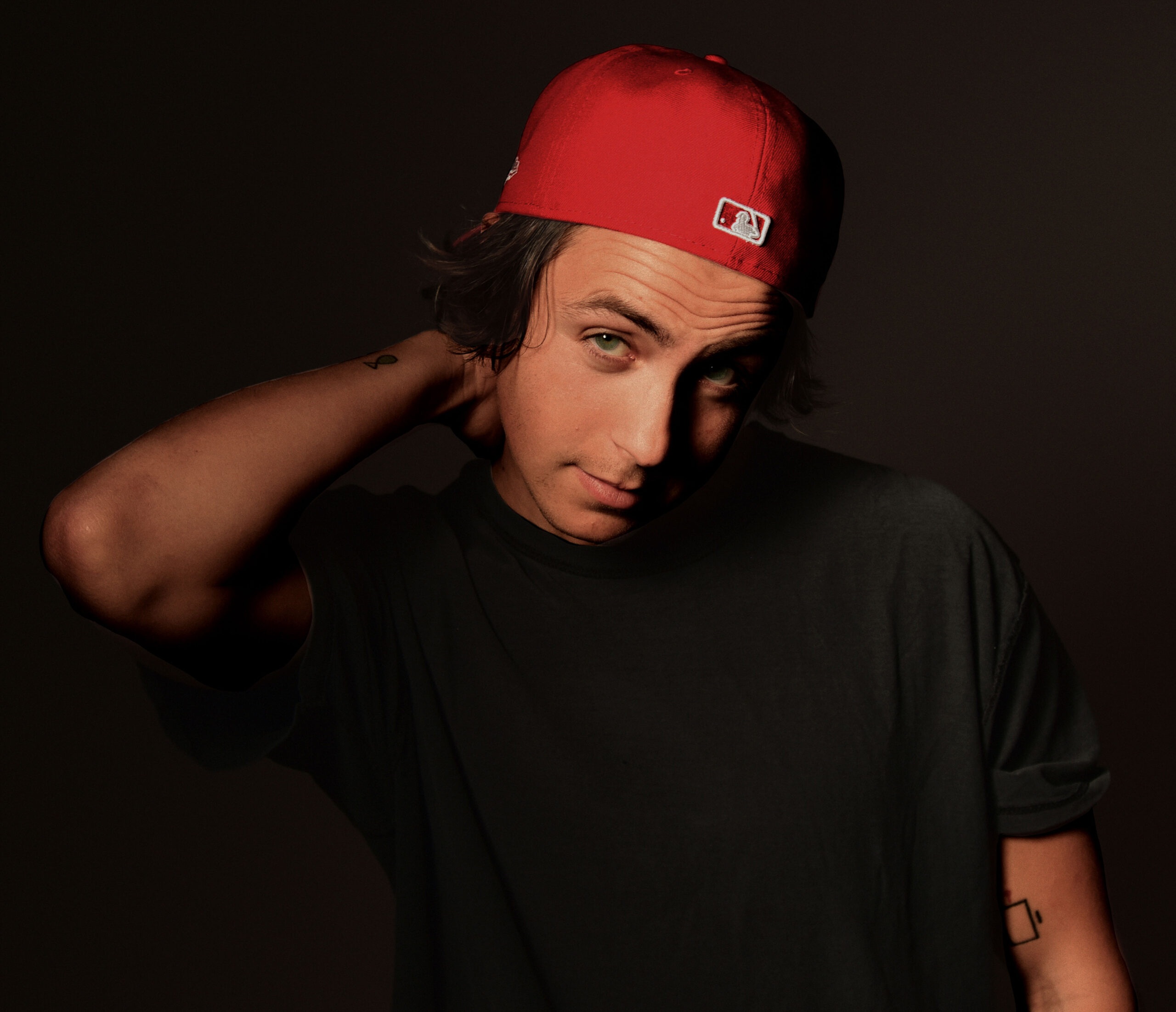 The first studio album from Arrested Youth, ‘Nonfiction’, will be released this Friday June 25th via Lowly / Big Noise and is an introspective story about growth, discovery and embracing the path in life.  Born Ian Johnson, he began writing lyrics and freestyle raps at the age of 15 and honed his craft over the years after moving around from Kentucky to Los Angeles to now being based just outside of Hudson, NY.  Arrested Youth has amassed over 90M streams online, opened for familiar names like YUNGBLUD, DREAMERS, and The Mowgli’s, and built a feverish following of loyal supporters.  During the height of quarantine, Arrested Youth called upon his global fanbase to help him on a one-of-a-kind project.  Fans wrote and submitted lyrics, working alongside Johnson on what would ultimately become the ‘Arrested Youth & The Quarantiners’ collaborative EP.  Johnson spoke with B-Sides about his forthcoming album ‘Nonfiction’, the influence of growing up in Kentucky and more.

Thanks for being here Ian! Where are you right now?

Right now, I’m in Upstate New York. My family lives out here and I’ve been here since around April.

Your first full length studio album is coming out on the 25th, how are you feeling about finally having this project out?

This album has been a long work in process, so I’m really excited. I started writing and recording this record in April of last year right as COVID was hitting. I was living in LA when I finished it and decided to take the year to travel and explore life outside of California. So, the album has been morphing and finishing itself as I’ve been travelling around, but it feels like it’s been sitting for a while. It’s a big moment and I’m excited to share it with everyone whose been waiting for it.

What artists influenced your sound growing up?

The first albums I ever had were Third Eye Blind and Sugar Ray, and they became huge influences because of how they blended rock with pop song structure. They’re much cooler than they ever got credit for. “Ego” pulls from those influences a lot.

But I’ve also always been a huge hip-hop fan, you know, 50 Cent, Eminem, and Biggie. I actually started rapping when I was young and that’s how I first got into music.

And where did the concept or inspiration behind the album come from?

It wasn’t a concept from the start. I wrote and produced the album with a great producer, John Feldmann, and the creation of it was very in the moment. At the time we were just going into the studio and writing songs, without an overarching concept per se. We were just writing honest songs. When I looked at the body of work as a whole, I asked myself what I really made. I decided to keep it as just a collection of honest songwriting that reflected where I was at that point in time, rather than intellectualizing it too much.

As you’ve been collaborating with different musicians and producers, is there any advice you received that was particularly impactful?

I think one of the best pieces of advice I received was from working with John on this album. There was one point where we were in the studio, and I was really hung up on how I wanted to structure a chorus. Sometimes I have a habit of intellectualizing too much. He looked at me and said, ‘the wheels on the bus go round and round, round and round, round and round’. He was essentially saying not to overthink it. If the melody is nice, you can let it be the focal point. It put me in the shoes of the listener, who isn’t necessarily tracking every direction the song is going in but is just enjoying the music that’s in front of them.

And what’s a conventional wisdom or piece of advice you’re glad you ignored in your career?

Probably get on TikTok; I didn’t do that, and I still feel pretty good about it. A lot of the advice I’d say I’ve ignored is probably on the marketing side of things, whether it’s about stretching myself for content or going on social media. Instead, I always try and focus on songwriting and the quality of the music I’m making. I think that’s helped me grow more as an artist, instead of an entertainer online.

You’ve toured with some of the biggest names in alt-rock right now and been all over the country. What has been one of your favorite shows you’ve ever played?

The one that really sticks out for me was Kansas City. I didn’t realize we had such an amazing fanbase in Kansas City. We were doing a meetup before the show and expected like two people to show up because it was our first tour, but there were hundreds! We’re going to try and make it back there because that was such a great crowd.

I used to stage dive all the time. We were playing this show in Seattle, and I went for the dive towards the right side of the venue. That just happened to be a section of very young girls and we all totally hit the ground. I have it on film somewhere!

You spent your formative years in Kentucky, what would you say is the most “Kentucky” thing about you?

Maybe I picked up a bit of an accent, but I’d say it only comes out when I’m tired, or when I’ve had a bit of Bourbon. I think it flies pretty under the radar though.

What else are you excited for this year?

I’m excited to get this album out there, I can’t believe it’s actually coming out now. And I’m also really excited to get back on the road and play shows.

I’m also just excited to get back to real life. I think we need to find that joy in community again as things start opening back up. I’m proud to be a part of that movement in music.