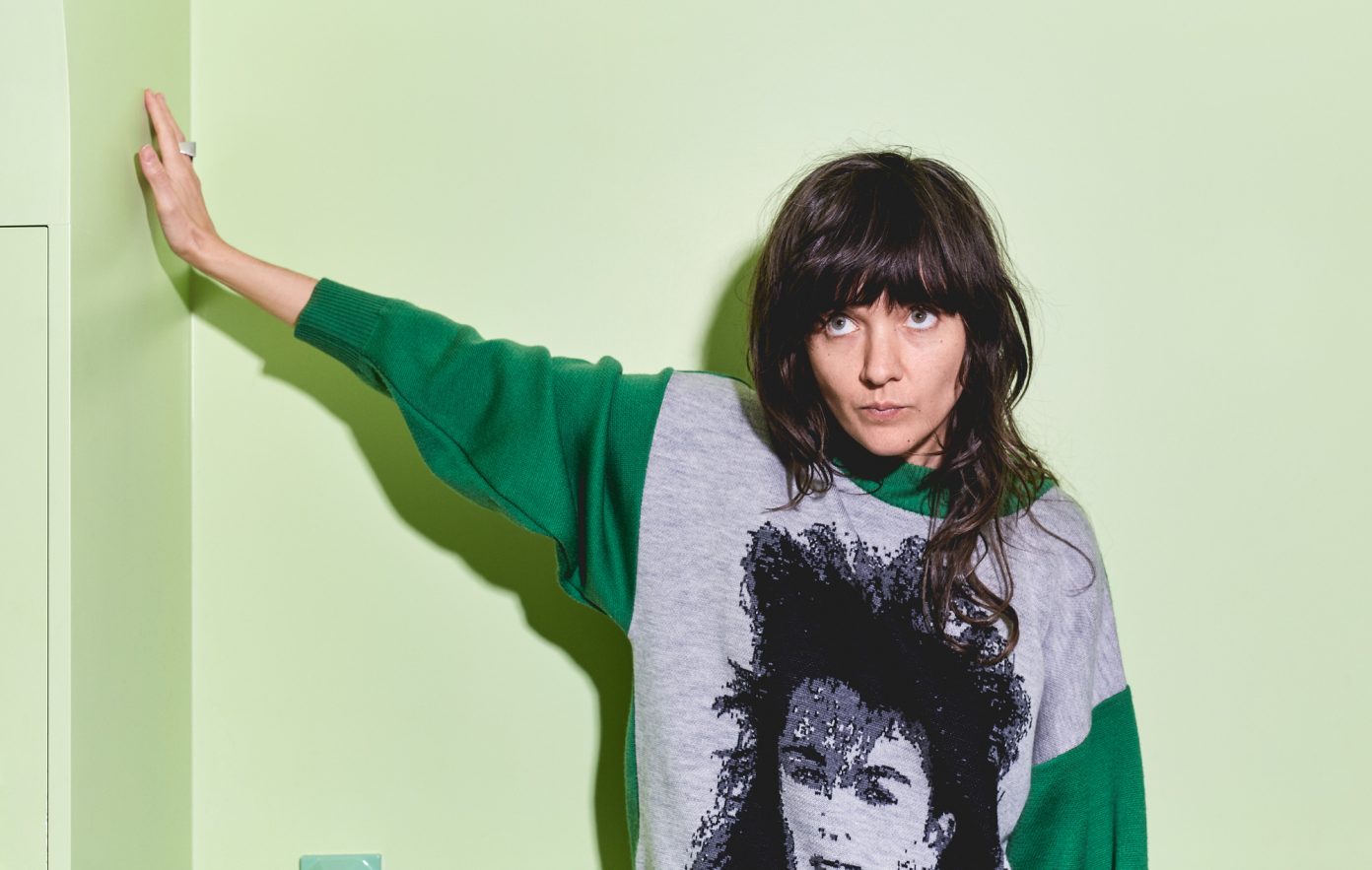 With so much new music coming out every week, it can be hard to know what to listen to first. Every week, we highlight some of our favorite tracks to kick off your weekend. The best way to keep up with our selections is by following our ‘New Music On-Repeat’ playlist on Spotify. This week’s picks include tracks from Courtney Barnett, Billie Eilish, Sofia Valdes, and more!

Billie Eilish’s long-awaited sophomore album will finally be released on July 30th. This is the last single before we get to hear ‘Happier Than Ever’, and though it’s an understated track sonically, “NDA” gives us insight into how the young star has struggled with her boundless fame. Whether it’s stalkers patiently peeking through windows, winning the same award twice, or houseguests signing NDAs, Billie’s imagery is vivid and her message clear. This album is a reckoning for the artist, with nearly every single diving into the dark underbelly of stardom and examining the ways the media has framed her. Billie Eilish has become a cultural icon, giving her the unique power to reflect the less favorable facets of our culture back at us. On this album, Billie is forcing us to look at what our fascination with her really says about us.

If you put these two South London heavyweights in the studio together, you’re simply going to get a banger. This collaboration between these two monumental figures in Brit-Rap is exhilarating and moody at the same time, with an understated beat that lets the unique character of their flows shine. What I love so much about these two is the immediately apparent personality they convey in their voices. There’s such a distinct swagger in the genre of Brit-Rap, and that swagger was crafted and defined by these two icons.

English electronic duo HONNE enlist the soft sultry vocals of one of our favorite rising artists Sofia Valdes on this new song “NOW I’M ALONE”. This song plays to the strength of both artists, with Valdes’ breezy voice pairing just right with the bubbly indie-pop instrumental. It’s an endearing track that doesn’t call too much attention to itself, making it the perfect addition to your easy-going summer playlist.

Artist, producer, and multi-instrumentalist Billy Hammer blends the familiar with the experimental on this new track. On the surface, this song is a light, thumping techno track, but Hammer makes sure to incorporate production flourishes that catch the listener off guard, whether it be a twinkling synth waterfall or distant industrial crashes. This song is refreshing, tight, and a great bridge between an electronic sound and a pop aesthetic.

“My House” opens with an unevenly strummed acoustic guitar. Suddenly, McKenna’s voice comes in discordantly, creating a warbling dissonance that lies just beneath that driving strum. It’s an experimental track from the indie-rock darling, but the melting feeling that dissonance injects into the song keeps me listening. I wouldn’t describe this as a pretty song, but that doesn’t mean it’s a bad one. As we move in and out of the discord, there’s a peculiar feeling of otherworldliness as McKenna describes the neighborhood, as if we’re trapped in a sweltering acid trip. It’s really interesting to see an artist we’ve been such fans of experimenting like they never have before, and I really admire the unique feeling Declan McKenna captures on this track.

This new track from the viral rapper behind “Venom” is an emotional anchor on her long-awaited forthcoming album ‘Sometimes I Might Be Introvert’. Simz dives into her relationship with her absent father on this song, and it’s clear that this subject is one of great emotional weight to her. Simz brings her immaculate command of flow to the table, per usual, while capturing the conflicting, bewildering turmoil of a strained paternal relationship.

This is perhaps the track I’m most excited about this week. “Rae Street” is the title track of the Melbourne indie-rocker’s third studio album. “Time is money, and money is no man’s friend,” she sings in the chorus, echoing the words of her father. This song is jam-packed with the casual yet sharply observant lyrics that make Barnett one of the best songwriters out there. Her humor, insight, and keen ear are readily apparent on “Rae Street”, and I cannot wait for the album release on November 12th.

Dublin singer-songwriter and producer Orla Gartland’s “You’re Not Special, Babe” is a snarky, charming track from her new EP by the same name. I am really taken by the production on this track. Gartland’s instrumentation is perfectly balanced, complimenting but not overtaking the neat lyrics. There’s a distinct build and fun details throughout the song as well. Gartland’s real triumph on this track is that ability to balance each element of the song, knowing when to keep our focus on the lyrics and when to expand outward.

This new song from Afrohouse artist Muzi toys with the perils of modern love, meditating on instant gratification, unclear communication, and unrequited love. Muzi carefully blends the sounds of the Afrobeat & Afrohouse movements with the Zulu cultural roots of his childhood. What results is a fresh, captivating sound that has us hitting the repeat button.

This is the title track from UK based singer-songwriter Sam Fender’s upcoming album. It’s a reflective song about coming of age, with 80’s-tinged nostalgia and the bubbling momentum of new beginnings. Fender takes the transformative power of adolescence and translates it into this forward moving, tentative, yet celebratory song.