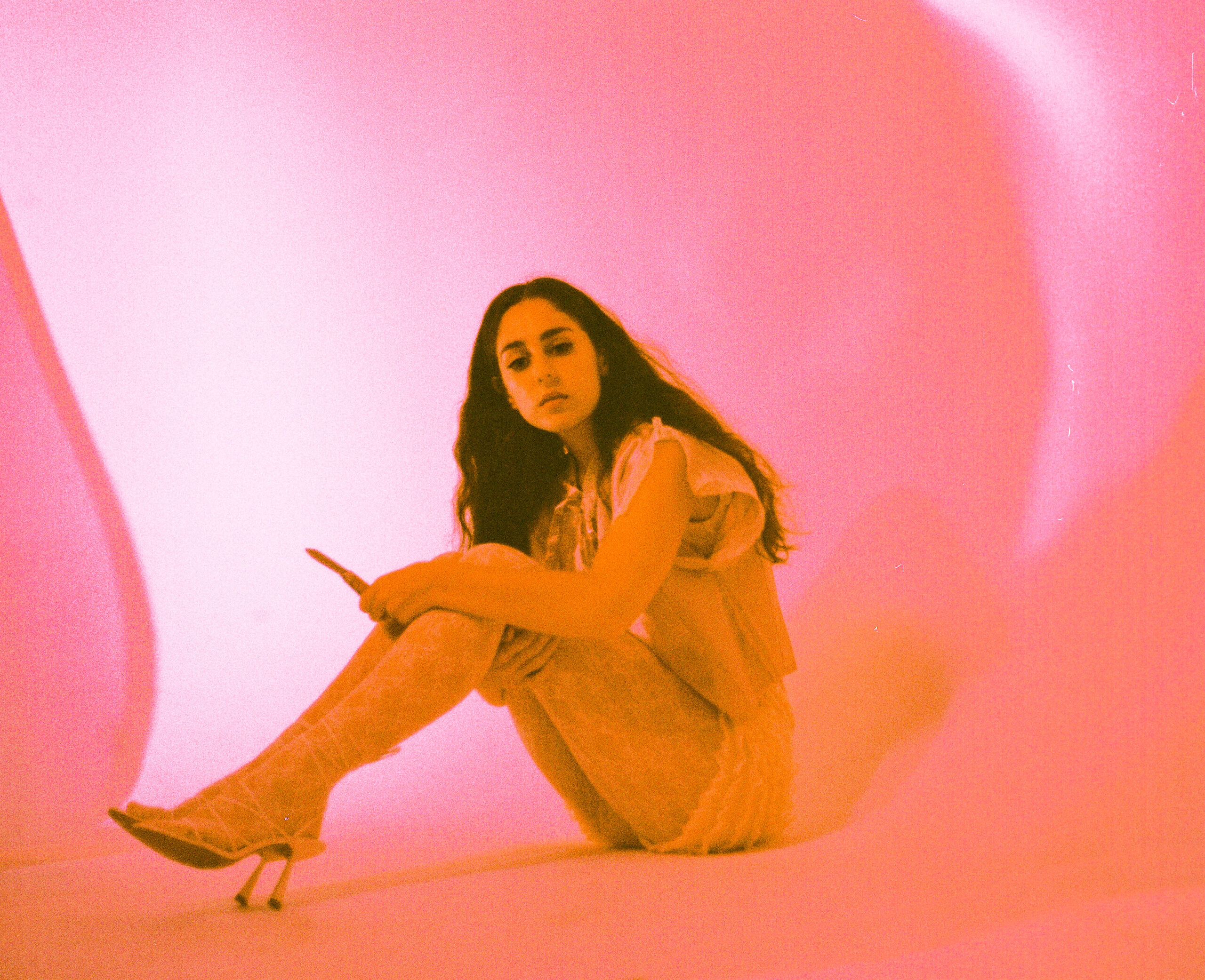 We’re so excited to welcome fabulous singer-songwriter Samia to the show this week. We, like millions of listeners, fell in love with her 2020 debut The Baby. Her debut album introduced us to this tender songwriter, her nimble vocals, and gorgeous compositions. Samia’s lyrics are both clever and vulnerable, self-aware yet mystified by her own emotional sensibility. Her music is remarkably internal, which gives it the unique ability to connect with her listeners. Her debut only solidified her as one of the most promising singer-songwriters on the rise.

2020 was a hard year for everyone, but Samia used the newfound time to reflect upon her life. She started seeing her therapist again and moved to Nashville to immerse herself in the songwriting community. “I did yoga sometimes,” she says. From her personal growth, her latest EP Scout was born. “These were pretty much the only four songs that came naturally during this time, but I think they really mirror my emotional experience this past year,” Samia says. Scout has the earnest glow of a young songwriter honing her craft while growing up alongside it, and only makes us more confident in Samia’s brilliance. “Scout” is a loving nickname coined by Samia’s partner, lending itself to the title of this warm EP. “It’s just a word that implies bravery to me. I always picture a little girl with a sash and badges basking in her autonomy selling Samoas,” she says.

We’re so excited to have Samia on the show to talk about the new EP, her move to Nashville, and more!

Samia - As You Are (Official Video)