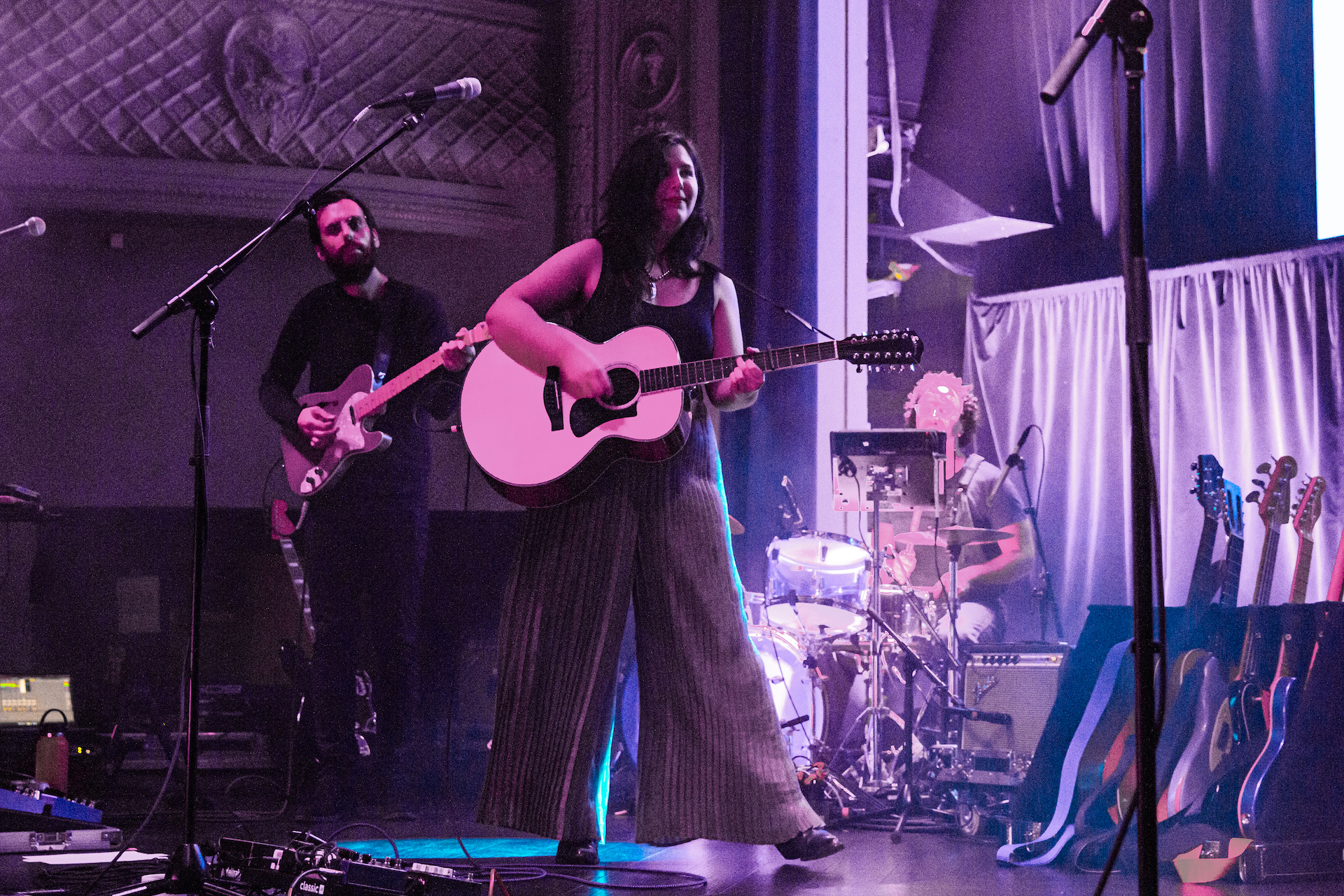 The latest and third studio album from Lucy Dacus, ‘Home Video,’ was released in June of this year and many fans have been eager to see her perform the new songs live during her current fall tour. Playing the first of two sold-out shows in San Francisco, one at August Hall and the other at the Fillmore, Dacus put on a solid show at August Hall that was comprised of a good mix of the new material with the staples that fans know her for.

With actual clips of home videos from Dacus’ childhood playing before her set, fans were treated to some fun and interesting moments of her early life from birth to playing with horses and dolls and eventually picking up the guitar and performing at various recitals. It wasn’t long until the lights dimmed and Dacus and her band took the stage to start the set with a song from the new album, “First Time”. Amongst dim lighting, the instrumentations were strong that matched Dacus’ smooth vocals as they continued into “Addictions” and “Hot & Heavy.” Dacus was personable as she told various anecdotes while tuning her guitar in between songs. She spoke of the ups and downs of various relationships before introducing songs like “Yours & Mine” and “Brando,” the latter from ‘Home Video’ that sounded immaculate when performed live. Her cover of “Dancing in the Dark” got the crowd dancing and swaying, as did the final song of the set, “Night Shift,” from her previous album, ‘Historian’. It was an outstanding show that demonstrated Dacus’ maturity as a performer accompanied by material which sounds even better when played live.