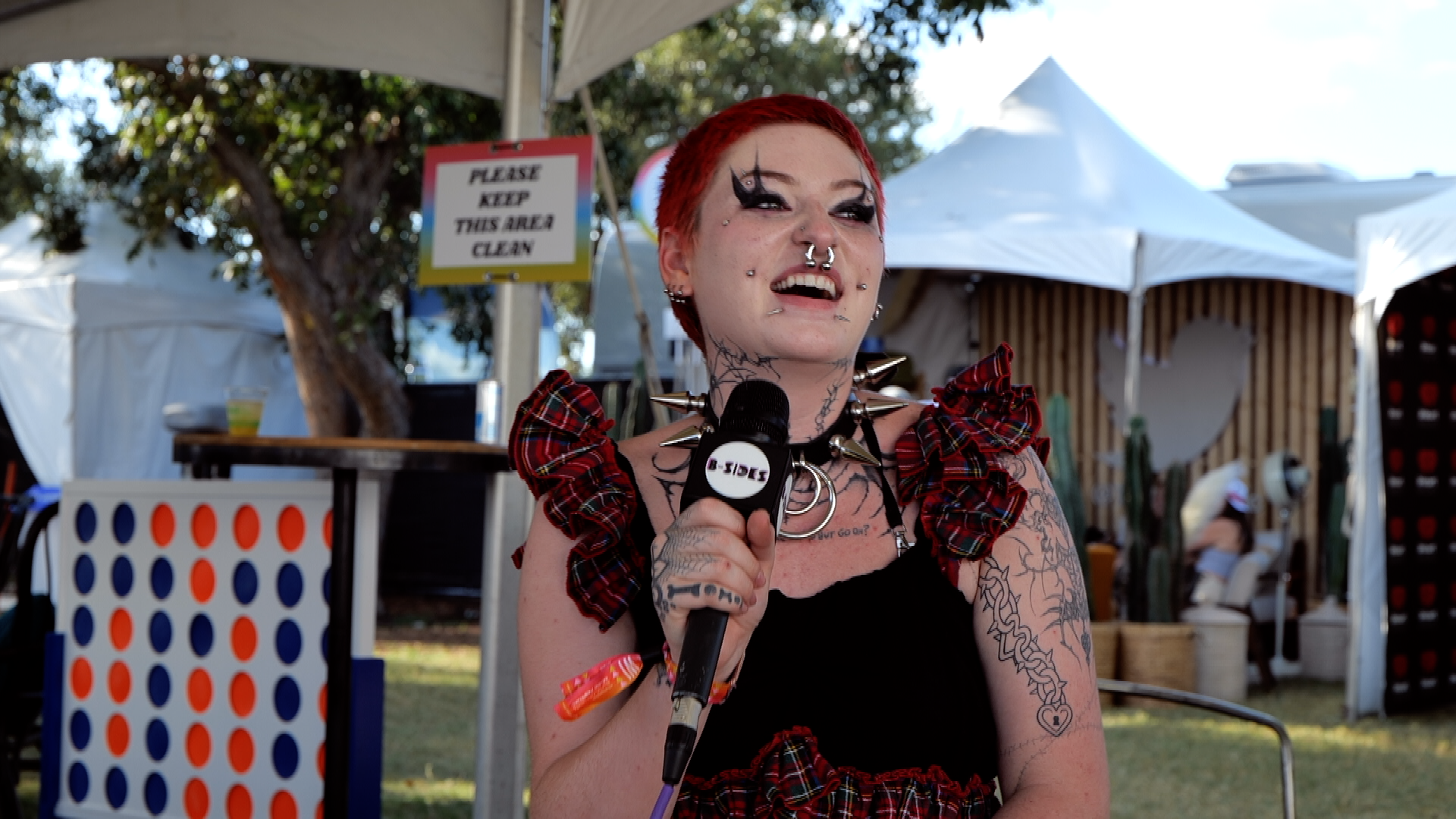 carolesdaughter’s song “Violent” went viral on TikTok this year, a success that would kickstart her career to new heights. A native of Southern California, carolesdaughter (born Thea Taylor) had issues with drug addiction that led to multiple stints in rehab throughout her youth. She stated, “It’s in my genes. I’ve experienced some pretty traumatic events that steered me towards drugs. I always felt like I didn’t fit in. I found a bunch of people who felt the same way. The last time I went to rehab, I was there for six months, and I had a guitar. I wrote prolifically all the time. It clicked, ‘This is what I was meant to do’. I told myself I would record and release music when I got home.” carolesdaughter would go on to upload a series of songs online, including “Violent” mid-2020, which would eventually be used in over 20 million videos on TikTok and millions of streams via other platforms. Of the song, carolesdaughter explained, “I was in a toxic relationship when I wrote it. I was just fed up, and I released it. It was a real moment. I guess people recognize it.” The youngest of ten kids born to educator parents, the 18-year-old Southern California singer/songwriter and multi-instrumentalist grew up surrounded by music in a strict Mormon household. With issues early on in life, she shuffled in and out of middle school and attend five different high schools before dropping out. Now, after amassing millions of streams independently with those early releases, carolesdaughter is now signed with Arista Records and has gone on to continue that initial success with a string of singles that prove her exceptional ear and songwriting aren’t a fluke. “I’ve gone through a lot, and my music is a way to be able to put it into words, talk about it, and desperately attempt to connect,” she exclaims. “It’s literally my way of coping. Every song is a little puzzle piece of the complete me.”

carolesdaughter spoke with B-Sides host, Pete Mar, about making her Austin City Limits debut, and how her life has changed in recent months. We’re so excited to have carolesdaughter on the show again!