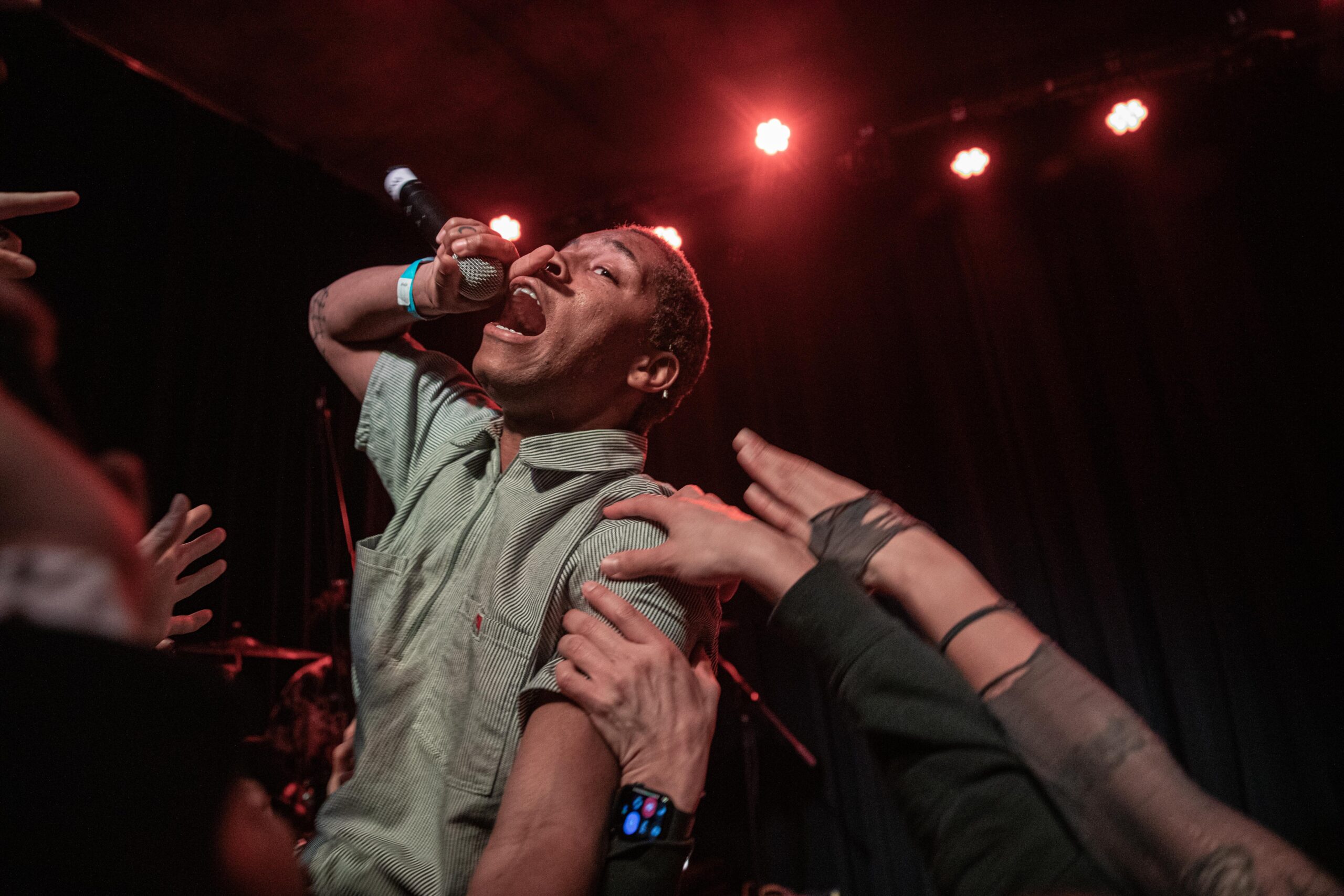 KennyHoopla has had a banner year with breakout singles “hollywood sucks” and “estella”, both of which are included his mixtap, ‘SURVIVORS GUILT: THE MIXTAPE//’ that was released in June. The eight-track EP features Travis Barker of blink-182 and helped put the Wisconsin native at the forefront of the current pop-punk revival. Embarking on a string of live performances this fall, which included festival appearances at Austin City Limits, Firefly Music Festival and Riot Festival, KennyHoopla has been putting on an energetic and memorable set of shows. The 25 year-old artist performed at Brick and Mortar in San Francisco to an eager audience who lined up outside the venue hours before doors. Highlighted by non-stop moshing, screaming to lyrics and singing along, the show was everything and more a KennyHoopla fan could have ever wanted. Check out the photos from the show!