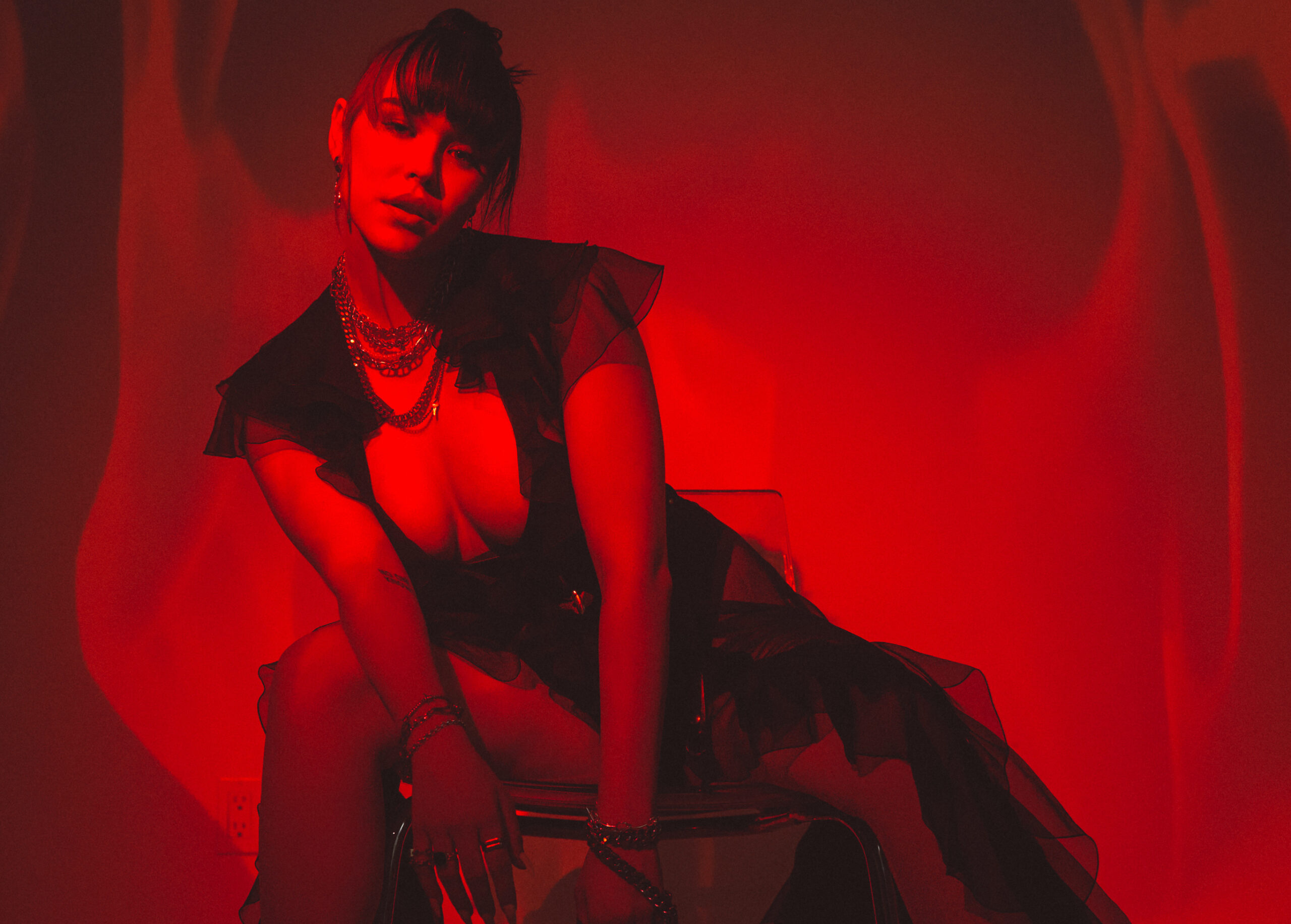 VIDEO: INTERVIEW – UPSAHL Finds Balance After Getting Burnt Out In the Studio Over The Last Year

While the touring for musicians was on pause for nearly a year and half due to the pandemic, singer/songwriter UPSAHL worked hard on not only her own material but also in numerous collaborations. The Phoenix native undertook her first co-write on “Good in Bed” for Dua Lipa’s GRAMMY Award winning blockbuster, ‘Future Nostalgia,’ was part of the writing team for “BOYSHIT,” for Madison Beer, as well as Mike Shinoda’s upbeat anthem “Happy Endings,” which features her and iann dior. The activity followed up the additional exposure she got from TikTok after her updated version of “Drugs” featuring Two Feet went viral and was used in over a million videos. All the while, she carved out time to write material for her debut album, ‘Lady Jesus’, which was just released in October. The album was largely inspired by the breakup of her relationship with her longtime boyfriend that she had been with since high school. UPSAHL stated, “I thought the world was ending and I couldn’t go out to distract myself because we were in quarantine. So, I just went into the studio as much as I could and ended up narrating the roller-coaster of emotions that I went through in that year. Then I experienced a kind of like re-birth and found myself again and just gained this whole new relationship with myself.” Having recently celebrated her twenty third birthday, UPSAHL shared her newfound perspective of finding balance in her life both professionally and personally as she prepares for a run of live shows in 2022 that includes tour dates opening for K. Flay beginning in February, then joining Yungblud, as support for the West Coast leg of his upcoming North American Tour. She’ll then head overseas to join Fletcher on her European/UK tour.

UPSAHL recently spoke with B-Sides host Pete Mar ahead of her first headlining show in San Francisco to talk about becoming more confident in herself and her music, the process of making her debut album ‘Lady Jesus’ and more.