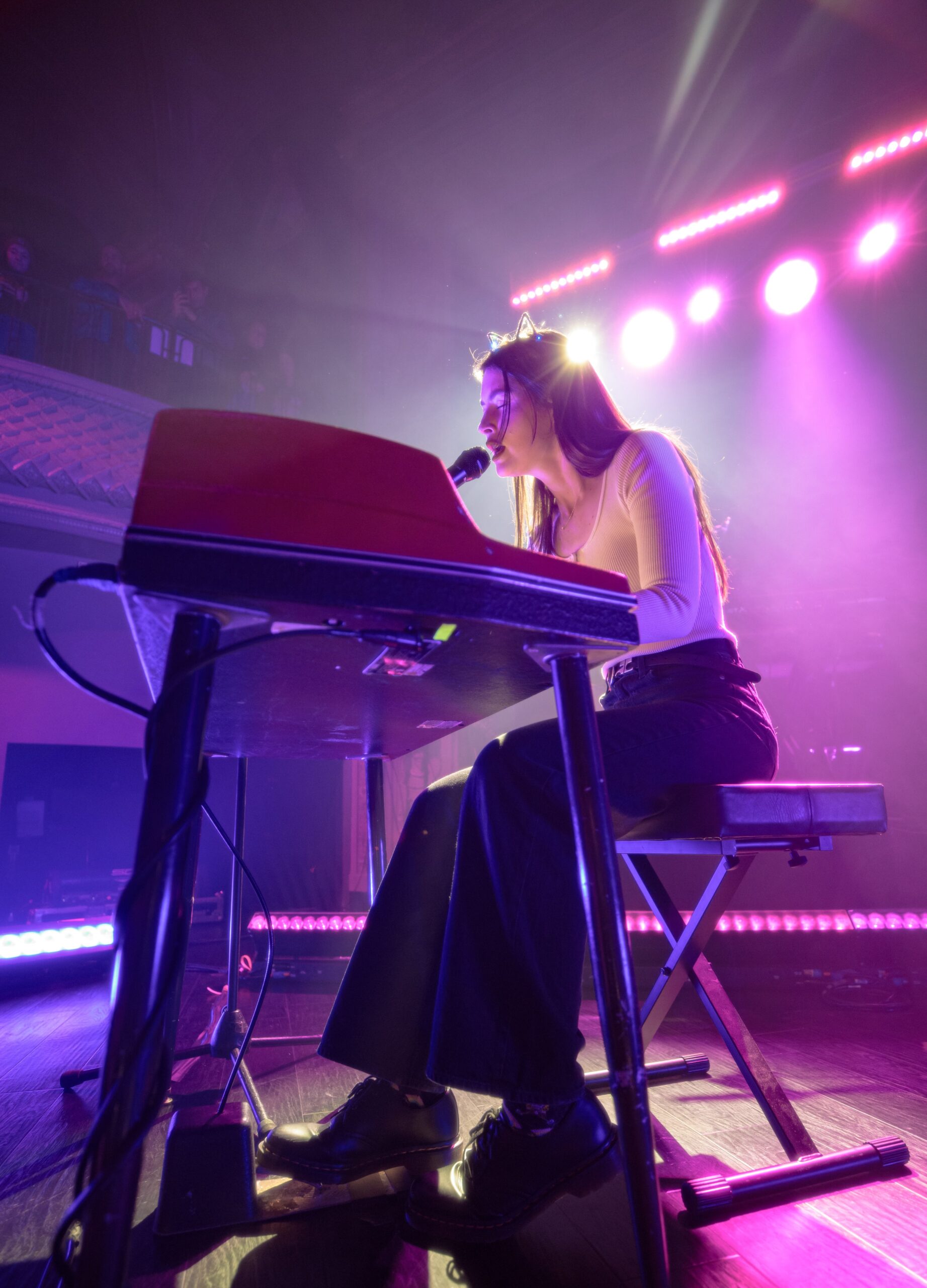 Performing to a sold-out audience at August Hall in San Francisco, CA on Monday 3/7/2022, Gracie Abrams lit up the stage. With an engaging and interactive set, Abrams was on point with her vocals as she sang songs from her debut EP, ‘minor’. Opening with “Feels Like”, Abrams moved back and forth from one side of the stage to the other, singing while greeting and waving to fans. The cheers and sing-alongs were in full force as she followed up with “Brushfire,” “Better” and her debut EP’s title track, “minor.” As Abrams played either keyboards or guitar, the live interpretation of her songs were full and captured more of the emotion behind the music, punctuated by the singing by the audience members. It was evident right from the start how appreciative Abrams was of the audience’s appreciation and none more so than when she skewed off the setlist and performed an abbreviated version of “All Too Well” by Taylor Swift. The moment occurred a few songs after a fan gave her a candle with Swift on it to which Abrams proceeded to light and keep on stage.

Emerging singer/songwriter Alix Page opened the set and was impressive as she showcased songs from her debut EP, ‘Old News’. Evoking the cadence and sounds of Phoebe Bridgers, Page was unique and confident as she performed “June Gloom,” True + Honest” and “25”.

Check out the photos below!