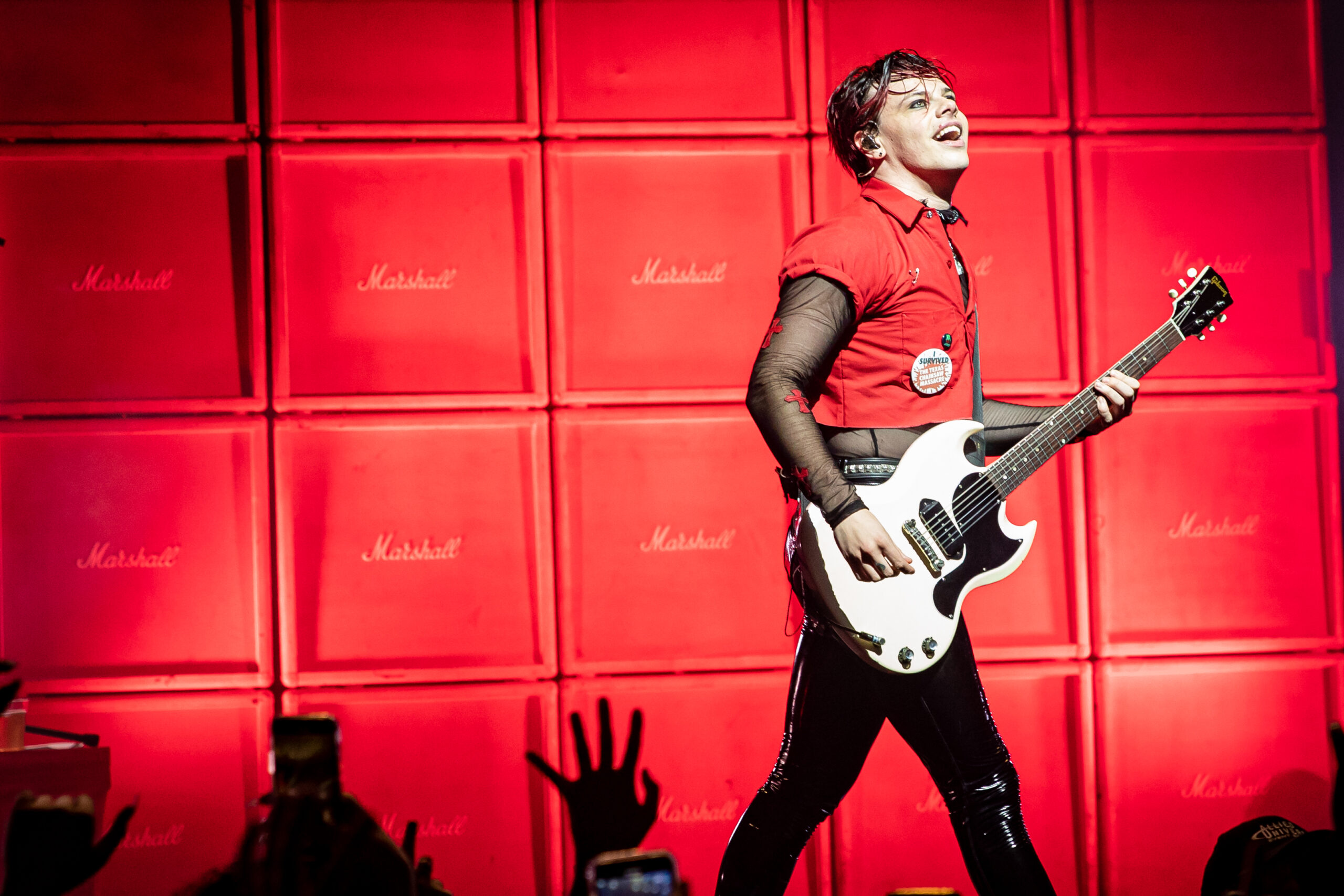 A Yungblud show is an experience that anyone who appreciates live music should check out. With a lineup that included performers who are just as engaging and unique, the British singer/songwriter was the pinnacle of an otherwise upbeat, fun and at times, unpredictable show. Posturing and posing for the audience Yungblud made sure everyone knew he was there. Right from the opening notes of “strawberry lipstick” into “parents”, the audience was singing along and jumping with Yungblud. Clad in a midriff-exposing red shirt, leather pants and red black hair, Yungblud danced, stomped and flexed for the excited crowd, who went wild when he played “fleabag” and “Loner,” the latter to which many sang along to.

The show was stacked with more than just one opener, as Las Vegas band Palaye Royale preceded Yungblud. Their set was filled with theatrics reminiscent of My Chemical Romance (they even covered “Teenagers”) and were lively as front man Remington Leith commanded the stage. The crowd was swimming in the energy as the band played “Get Higher” and “Mr. Doctor Man,” the latter to which brought the band to the forefront in 2016 and continues to resonate.

Brash and uninhibited was the theme for the night and embodied by UPSAHL, who performed a like the seasoned stage performer that she is. Highlighted by songs from her debut album, ‘Lady Jesus’, UPSAHL had the crowd bopping to “People I Don’t Like” and “Time of My Life,” before surprising some by laying into “Drugs” in the middle of the set. She kept things fresh and exciting as the crowd bounced during “IDFWFEELINGS” and “Lunatic”.

Opening the night, twenty-year-old Voisey phenom poutyface opened the night with her unique vibe. Born Olivia Knight, poutyface got the crowd engaged right from the start like old pro. Dancing on stage and interacting with her band mates, poutyface performed a tight set highlighted by “DEATHWISH,” “Cherry Picking” (her latest single) and “Rag Doll”. There were many in the audience who were familiar with her songs, which Knight was visibly overjoyed to see and clear that she’s on her way toward bigger audiences.

Check out the photos.