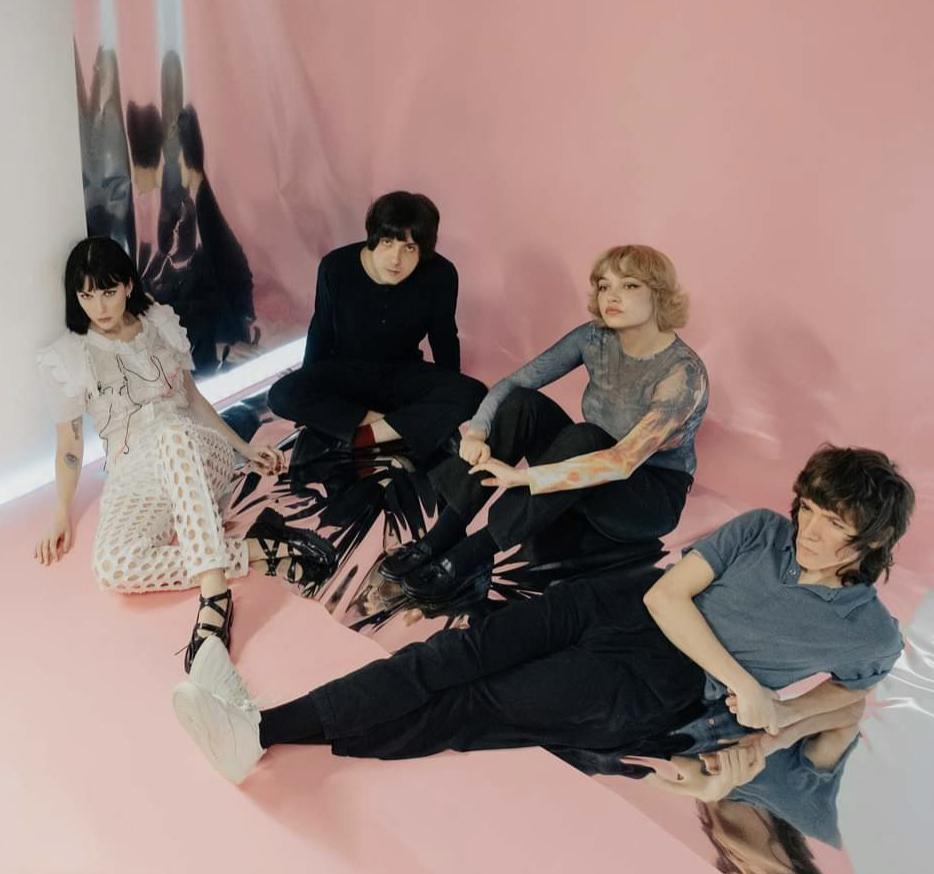 Glove is here to shake things up in the music industry. Reigning from Tampa, the band’s not keen on keeping itself in any particular box. Members Rod Wendt, Brie Deux, Michelle Primiani and Justin Burns say there is no rigidity to their art. They see music as ever-evolving and fluid, allowing ambiguity in songs and even juggling the role of lead singer between themselves often. “We don’t rule out anyone’s potential,” Primiani once said regarding the frontman interchange. Indeed, the band’s focus is not necessarily on expertise, but on pushing musical versatility and growth in an unsurpassed musical direction. During the band’s formation, the members were in different places, musically, but soon learned how to sync with each other. Remarkably, half of the band’s members never played an instrument before joining the band, but their debut album, ‘Boom Nights’, released in March of 2022, shows exemplary musical performance. Regarding the band’s rejection of conformity to standards, they feel like it is only right to create music this way. “I feel like we’re pretty ambitious with our goals and our visions, and then time just kind of catches up to that,” Primiani says. Indeed, Glove’s music is experimental, yet polished, with memorable synthetic new wave rhythms and a goth-punk like aesthetic. On ‘Boom Nights’, listeners can go from a hot dance track to jump to, to a slow rhythm for a dissociation session on a rainy day. The band’s sound has a trend of attracting others in the industry, even when they only had two original songs to play. The band’s uniqueness got them a spot at Lollapalooza in 2021. The band then toured with Nation of Language in March of this year. More recently, they caught the attention of Jack White, who invited them to open three shows on his ‘The Supply Chain’ tour this August. Needless to say, the future is bright for Glove, and they’re only just getting started.

Glove spoke to B-Sides about their formation, touring with only two original songs before honing sound, and recording debut album ‘Boom Nights’.