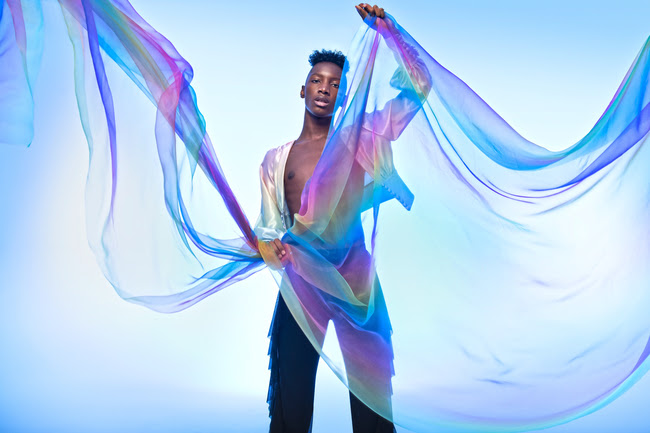 Moore Kismet just graduated high school this year and released their debut album ‘UNIVERSE’ via Thrive Music on June 24th to much anticipation. The seventeen-year-old non-binary and pansexual producer noted how the material reflects their formative years growing up, stating, “’UNIVERSE’ is a musical culmination of my life experiences, growth as a human being, and artist over the past 17 years of my life. For 5 years (2018-2022), I spent countless days and sleepless nights working on what I would consider to be the best Moore Kismet project to date. It’s an album about acceptance, love, chaos, unity, and figuring out your life while trying to live it. If there was any project I’ve ever made for this project that serves as the best retelling of my life, ‘UNIVERSE’ is that album.” Born Omar Davis and raised in San Bernardino County, CA, Davis latched onto music at an early age, learning how to produce music at seven and going onto to release multiple singles and EPs throughout their early teens. It was in 2019 when they entered the annual beat battle the Goldie Awards that was judged by Alison Wonderland and A-Trak, that helped propel and inspire Davis to not only hone their sonics, but also was the seed to the strong friendship that Davis has with Alison Wonderland. Davis had recently opened for Wonderland at her Red Rocks show. Already having performed at multiple festivals from Coachella to Lollapalooza and Bonnaroo, Moore Kismet is touring throughout 2022 in support of ‘UNIVERSE’.