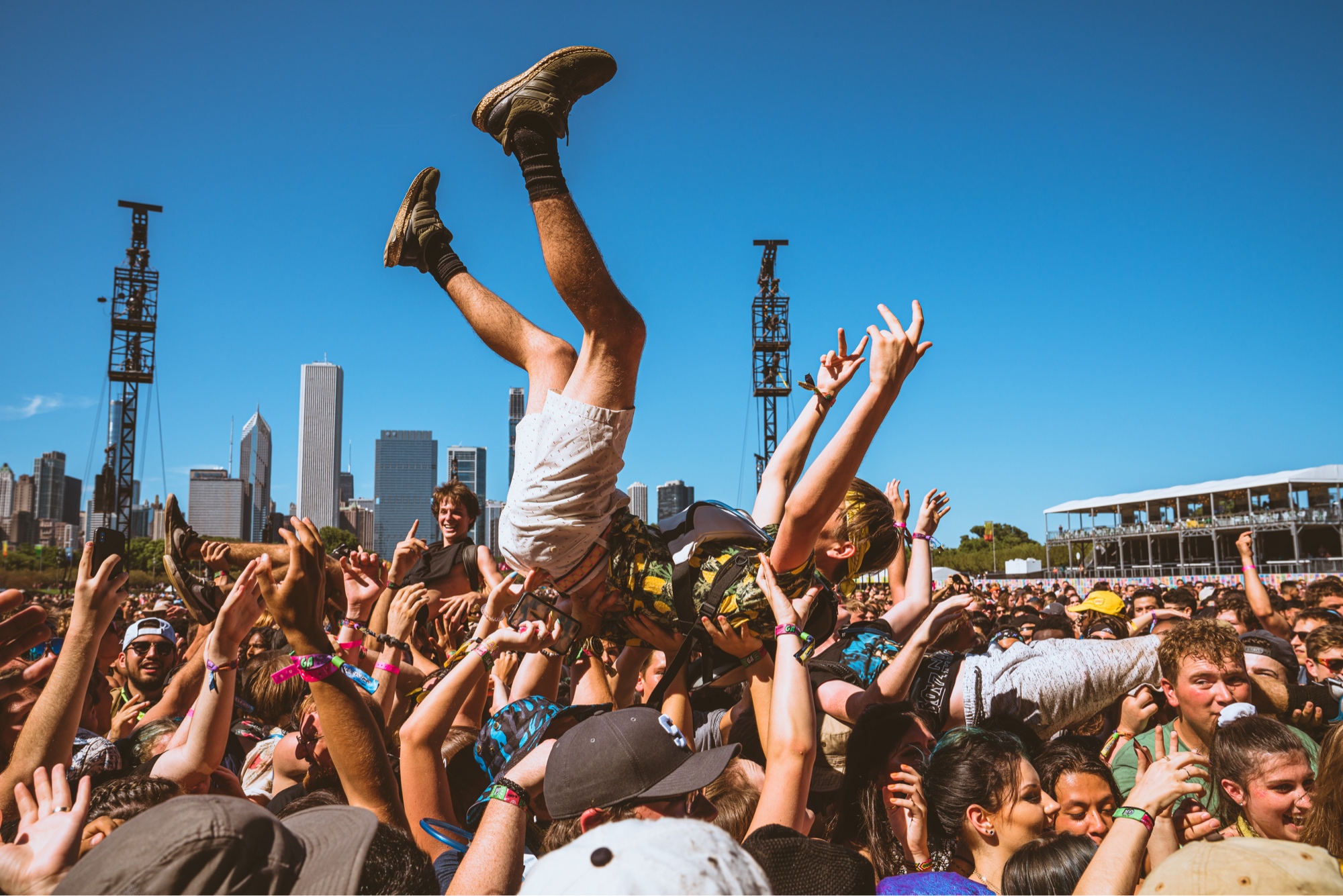 10 Female-Fronted Artists to Look For at Lollapalooza 2022

Started in 1991, canceled in 1998, and then revived in 2003, Lollapalooza is one of the longest-running and most iconic music festivals in the United States. Held each year in Grant Park, Chicago, the major four-day concert hosts an estimated 400,000 people. The term “Lollapalooza” means extraordinarily impressive and with lineups like it has had for the past decades, the festival continues to live up to its name. This year, revolutionaries like Metallica, Dua Lipa, J. Cole, and more, are headlining the event, but there are tons of talented female-fronted artists who deserve recognition as well.

The 21-year-old singer-songwriter Niko Rubio is undoubtedly the new face of indie pop. To put it in simple terms, Rubio exemplifies the purest form of music: creating songs with good vibes, impactful lyrics, and a truly fantastic melody. According to the artist herself, her music is inspired by icons like Lana Del Rey and Vampire Weekend, and the exploration of the self that these musicians are known for singing about is not a foreign concept to Rubio. On August 19, 2021, with Sandlot Records/Atlantic Records, she released an EP Wish You Here which is a beautiful compilation of her killer lyrics and incredible voice.

Cecilia Cassandra Peña-Govea, or La Doña, is at the forefront of female reggaeton sounds with her catchy rhythms and eclectic energy. Growing up in a household full of Latin American music, but going to public school in San Francisco, La Doña has created an entirely new genre by mixing her cultural upbringing with the hip-hop sounds of California. Her album, Algo Nuevo, was released on March 12, 2020, under the label HUMAN RE SOURCES. The album as a whole is gorgeous, with songs that you cannot listen to sitting down and a beat that allows only passion to be felt.

Aida Frantzen is a singer-songwriter born in Oslo, Norway but living in Boston, Massachusetts. Though she is new to the industry, she has already found her voice as her new song “Puzzles” is a beautiful pop track about realizing that someone who seemed unproblematic at first might have some issues you didn’t see coming. Aiida’s music is, in her own words, “perfect for drunk dancing” which completely rings true as the mix of R&B and pop creates the perfect melody to let all your inhibitions go.

Mariah the Scientist gets her name after dropping out of university in New York, where she was training to become an anesthesiologist, to pursue music instead. And it was a great move as her soulful R&B songs landed her collaborations with stars like Young Thug and Lil Baby on her sophomore album, RY RY World, which came out in July of 2021. On March 11, 2022, she released an EP titled Buckles Laboratories Presents: The Intermission, which showcases her dreamy songs on modern love, ending relationships, and femininity.

From Madrid, Spain, Hinds, made up of Carlotta Cosials (vocals, guitar), Ana García Perrote (vocals, guitar), Ade Martin (bass), and Amber Grimbergen (drums) is an indie rock band whose music deserves to be played in a coming-of-age movie. Their songs are a mix of garage rock and rock n’ roll, reminiscent of legendaries like The Strokes and Velvet Underground. However, their tracks also include a Spanish flare that makes them perfect additions to playlists about living life and enjoying every moment. The band released their third album, The Prettiest Curse, on June 5, 2020 under Mom + Pop Music and the entire collection is full of magnificent songs complete with catchy bass beats.

From their homes in the suburbs of Atlanta, Georgia, Taylor Nave and Claire Toothill began making music for fun under the name Coco & Clair Clair. While it started as a fun project, the duo’s unique sound quickly set them apart and landed them a nationwide audience. Their take on bedroom pop/rap is influenced by the hip-hop world of Atlanta, even though the music they make is unlike anything heard before. The pair uses bubblegum-pop voices and beats to sing about women empowerment and having fun. On April 23, 2020, they released their latest EP Treat Like Gold with Straight Crack Rock LLC.

Mia Berrin started Pom Pom Squad when she was eighteen but was later joined by bassist Mari Alé Figeman, drummer Shelby Keller, and guitarist Alex Mercuri. The band released their album, Death of a Cheerleader, on March 2, 2021, with the Berlin-based independent label City Slang. Their indie rock/grunge songs often hit the spot at themes of female rage and would sound best played at a local bar with a pit full of screaming fans. Berrin’s use of her voice to rasp, belt, and even scream lyrics to their songs make their music feel more than just melodies, but a way of living outside of what is expected.

Meet Me @ The Altar

On August 13, 2021, under the label Fueled by Ramen, pop punk band Meet Me @ The Altar released their EP Model Citizen. Edith Johnson (vocals), Téa Campbell (guitarist, bassist), and Ada Juarez (drums) make up this spectacular band with their hardcore sounds that are shifting the genre from white men to powerful women of color. The songs they create are classic pop-punk bangers, with intense guitar solos and aggressive vocals that would bring up the energy in any room in a matter of seconds.

Meet Me @ The Altar: Brighter Days (Are Before Us) [OFFICIAL VIDEO]

Named in Rolling Stone Magazine’s “Songs You Need to Know”, Horsegirl’s track “Billy” made an appearance, kicking off the band’s long run of well-deserved success. The rock band native to Chicago is made up of Penelope Lowenstein, Nora Cheng, and Gigi Reece, and the group released their first album, Versions of Modern Performance, with Matador Records on June 3, 2022. The songs on the album portray what makes indie rock as good as it is with lyrics and riffs that make you feel alive.

Singer-songwriter India Shawn has been in the music industry for over ten years, and her immense experience shows in her truly stunning songs. Shawn has worked with musicians like Keri Hilson, Monica, and more, but it wasn’t until 2012 that she released her first EP. Since then, her smooth, dreamy voice has continued to soothe people’s hearts with her R&B sounds. On July 21, 2022, she released the album BEFORE WE GO (DEEPER), with Epic Records, where she collaborated with 6LACK and Anderson .Paak. In her album, Shawn sings about messy break-ups, finding new love, and what it means to be a woman in her iconic enchanting way.

Lollapalooza has gained a reputation for being one of the most diverse music festivals in the world, and that’s proven by the wide range of artists they get to perform. Alongside major musicians already established in the industry are these female-fronted performers who are making incredible music, and about to blow up big at any moment.