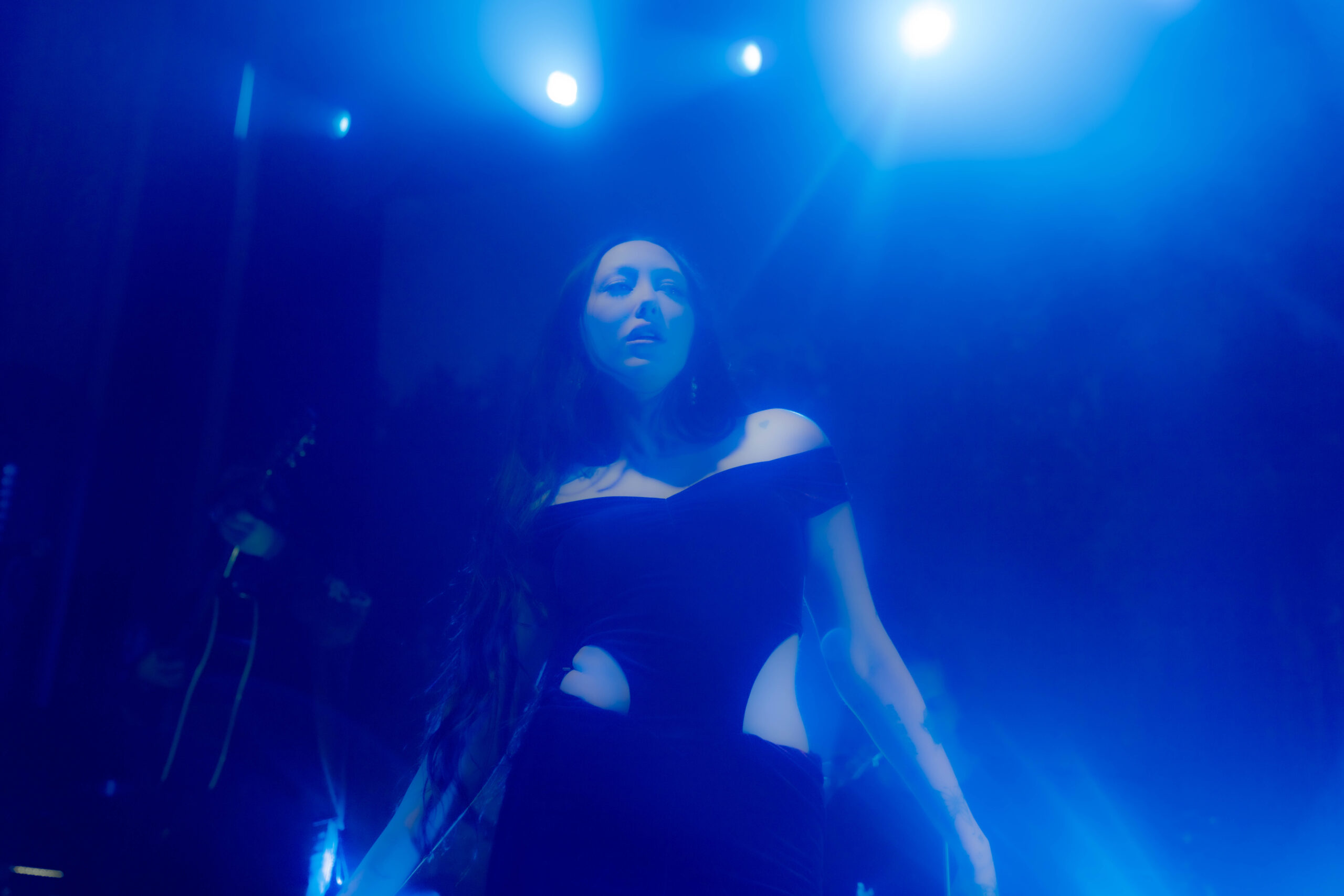 On tour for a full month, Noah Cyrus has been on the road in support of her debut album, ‘The Hardest Part’ that was released on September 16th. Nearly every city was sold out and her show at August Hall in San Francisco date was no exception. The show was the second to last of the tour, which Cyrus noted a few times throughout the set as she expressed her gratitude for the fans’ support. Kicking off the show with “Noah (Stand Still)”, the first song on the album, Cyrus was met with overwhelming loud cheers and cell phones in the air. Her vocals were on point during the second song, “Mr. Percocet” which followed and had the crowd swaying and singing. For a set that mostly featured songs from her debut that was just released, the singalongs were strong all throughout the night, especially during songs like “Ready to Go” and “I Just Want a Lover”. Many a phone light was illuminated as Cyrus performed the more quieter tracks like “My Side of the Bed” and “Every Beginning Ends”, the latter sounded immaculate even without the gentle voice of Ben Gibbard, who’s featured on the recorded version. As she ended the main set with “July”, the crowd swayed and sang along, which Cyrus noticed and flashed a quick smile while continuing to sing. Ending with the title track of her EP “The End of Everything”, the lyrics touched many in the crowd which serve as inspiration to embrace the moment; something that Cyrus clearly demonstrated on stage with an outstanding performance filled with emotion.

Opener gigi was a perfect selection as her dreamy vocals were front and center and made a huge impression on the early crowd. Letting the music do the talking, songs like “Sometimes (Backwood)”, “The Man” and “When She Smiles” were standouts that show she has a bright future ahead of her.