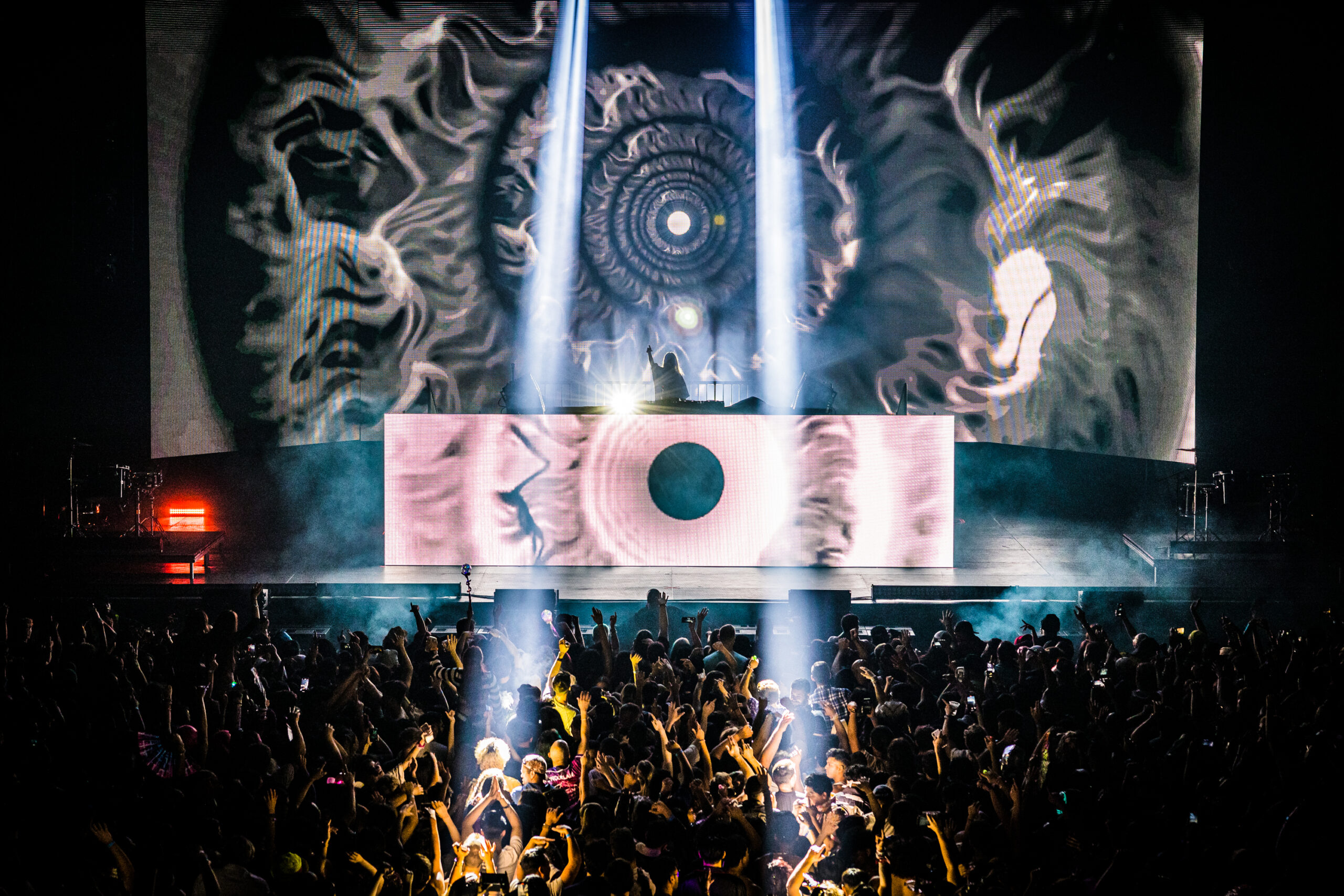 Alison Wonderland released her third studio album, ‘Loner’ back in May to much anticipation after a four year hiatus. With much time due to the pandemic to explore the moments in her life of extreme darkness and light, the Australian artist channeled her inner thoughts and feelings into her music. The result is an album full of lyrical introspection surrounded by interesting atmospheric sonics mixed in with her trademark hard-hitting moments. Performing at Bill Graham Civic Auditorium in San Francisco in support of the album, songs like “Something Real”, “Thirst” and “Down The Line” translated well live. The latter was an audience favorite and fans cheered when she brought her manager Garth, who was recording the performance side stage, out to dance for a moment. For many the new songs were a release for those who had the same feelings she was going through in recent years and had come to release the negativity and celebrate a new chapter of life, just as her.