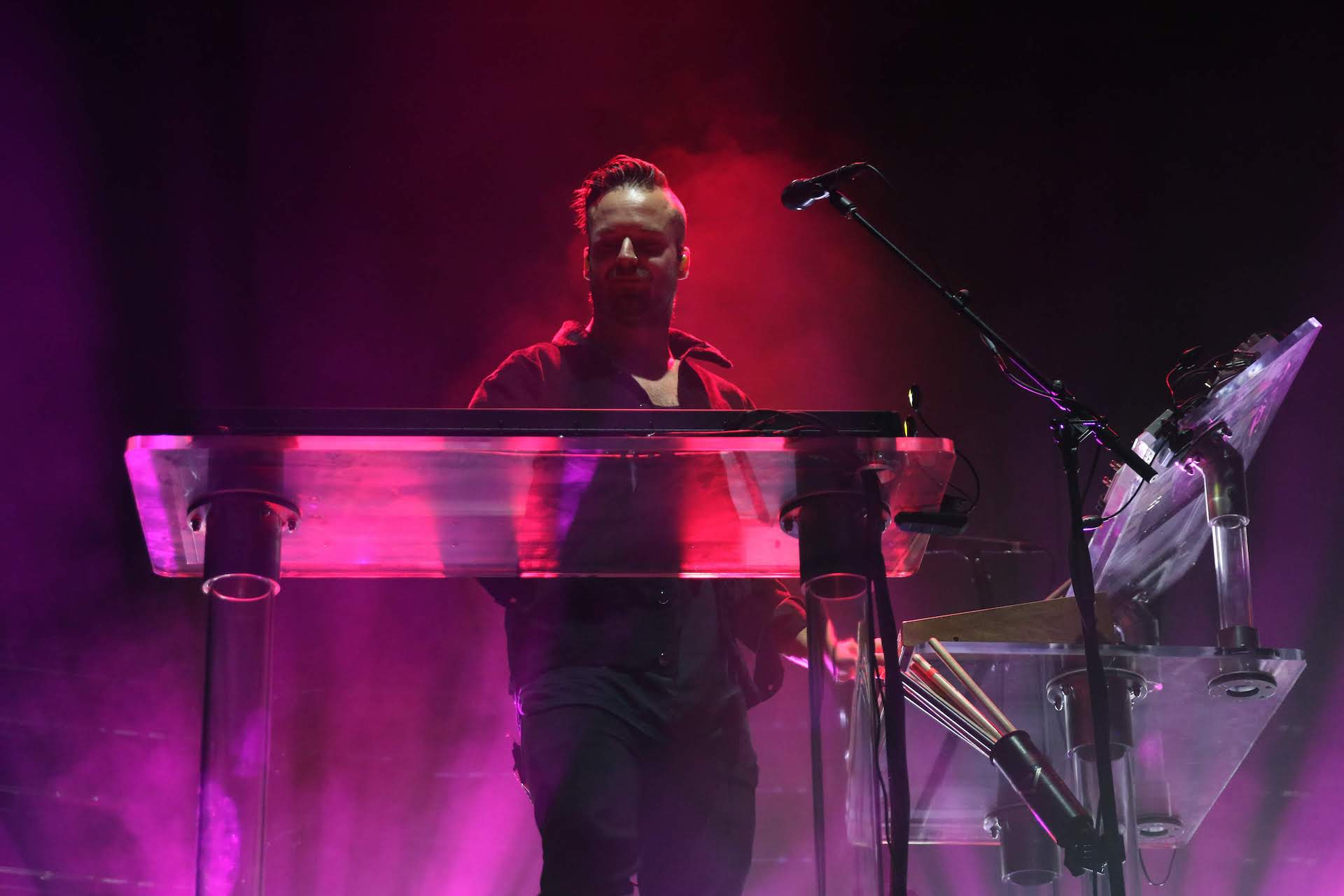 Electronic trio RÜFÜS DU SOL formerly RÜFÜS (keyboardist Jon George, vocalist/guitarist Tyrone Lindqvist, and drummer James Hunt) has impressed audiences worldwide with their fusion of live and club elements of dance music. The Australian band came to San Francisco on November 6, 2018 to play a sold-out show at the Bill Graham Civic Center and blew away the audience. Touring in support of their latest album, Solace , RÜFÜS DU SOL had a massive light stage setup filled with LEDs and a large screen behind the band that projected visuals that were both engaging yet not overwhelming. Performing familiar songs that help the band gain notable recognition such as, “You Were Right”, “Innerbloom” and “Lost In My Mind” but also the newer songs from their aforementioned third album, like current single “Treat You Better”, which invoked numerous cheers, dancing and of course, phones to document on social media. A couple of special highlights from the show included the covers that RÜFÜS DU SOL chose in doing “Everything In Its Right Place”, originally done by Radiohead which felt and sounded really appropriate for the band. In choosing “Not Exactly” by deadmau5, RÜFÜS DU SOL was able to stretch out and show they’re more than just another electronic band.

Check out the pics for that night: