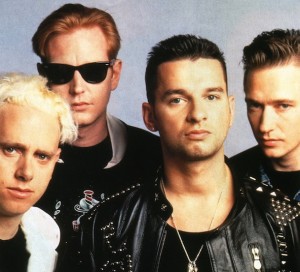 Two new tracks from the 13th studio album by Depeche Mode have leaked online. “Heaven” was slated to be officially released on February 5 with the B-side, “All That’s Mine” from the album, Delta Machine, which will be released on March 26, 2013.

The legendary English band consisting of longtime members, Dave Gahan, Martin Gore and Andy Fletcher have been working on the album since their 2009 release, Sounds of the Universe. Gahan stated, “With this release we’ve completely shifted our idea of how to create an album. When we hit a wall where we realize the album is beginning to sound too normal, we’ll mess it up and really give it that organic Depeche Mode Sound. ‘Delta Machine’ is no different, and I can’t wait for all of our fans to hear it.”

Watch the video for “Heaven”: