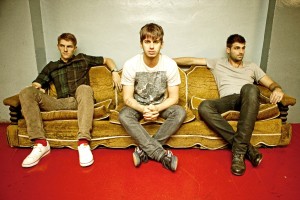 It has been almost three years since Foster the People released their debut album “Torches” back in 2011 and fans have been growing anxious for more. The trio consisting of Mark Foster, Cubbie Fink, and Mark Pontius announced on Monday a new album entitled “Supermodel” is to be released March 18th, along with giving us a new single, “Coming Of Age”, to obsess over until the full album is out.

Foster the People first captured our attention in 2010 with the release of their first single “Pumped Up Kicks” and since then the band has only grown, touring the US and Europe along with being nominated for several Grammys. With much anticipation for this upcoming album, 2014 may be the year for Foster the People. You can check out the full track list below along with their newest single “Coming of Age”.

“Supermodels” is available for pre-order at fosterthepeople.com now. Each pre-order also comes with a free download of “Coming Of Age”.