Throwback Thursday: “The College Dropout” Then and Now 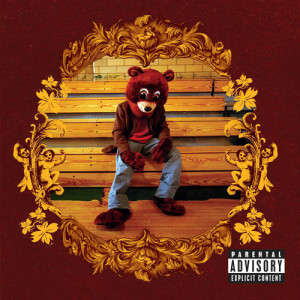 Kanye West is one of the greats. He makes a habit of telling us. Despite the braggadocio attitude we can’t help but love him. His first album, The College Dropout turned ten earlier this year and it’s legacy is still making ripples in every genre of music.

While his later work is more mature in terms of lyrical topics, there is undeniable genius in Kanye’s freshman LP. The blend of beats and rhymes on Dropout were a more perfect marriage than chocolate and peanut butter in a Reese’s. The collaborations on the record didn’t hurt it either. Jay-Z, Jaime Foxx, Mos Def, and Ludacris were among the names to get on the track with Kanye.

In his own look back at Dropout Ye told Rolling Stone “I am still the same kid from Chicago, still dreaming out loud, still banging on the door.” That hunger is very much alive in this record. The young energy propels the work from humdrum to awesome.

While “Jesus Walks,” and “New Workout Plan” are modern rap classics in their own right, the 21st track is likely to leave the most lasting impression. “Last Call” closes the album with the story of how Kanye got his start in the business.The desperation and honesty in the song as well as the story are painfully apparent, and they introduced us to a serious mature artist that wasn’t revealed in earlier tracks. While the impact of this record hasn’t been fully digested by the mainstream culture, “Last Call” is likely to be considered the most important. Love him or hate him Kanye’s career has altered the musical landscape, and his work on College Dropout is where it all started.