Don’t freak out, but this Sunday is Mother’s Day. You still have some time to get yo mama something fancy, so don’t sweat it! B-Sides knows how hard moms around the world rock, so we decided to pay tribute to moms everywhere by picking our favorite moms who literally rock. Here’s our list of the most rockin’ moms in rock n’ roll:

Brody Dalle – This Aussie conquered the underground punk scene with The Distillers, screaming her way onto the scene in 2000(being married to Tim Armstrong helped a little bit too.) Brody split with Armstrong in 2003 and The Distillers in 2007, but she pressed forward. She married Queens Of The Stone Age mastermind Josh Homme, and has pursued other musical endeavors with Spinnerette, and a solo career. Homme and Dalle have two children, Camille Harley Joan Homme, and Orrin Ryder Homme.

Patti Smith – Often referred to as the “Godmother of Punk,” Ms.Smith is also a real life mommy. While she started out as a lyricist and rock critic, Patti soon took up music herself and became rock n’ roll royalty with songs like “Because The Night” and “Gloria.” Patti has two children, a son Jackson and a daughter Jesse. Fun fact: Her son Jackson was married to Meg White for four years.

Adele – A woman who certainly need no introduction, Adele’s 21 is one of the biggest albums of all time. This ginger-Brit has some impressive pipes, and she put them on hold for a bit in 2012 when she gave birth to her son Angelo. Expect to hear a whole lot of Adele again soon, as her new album is expected to come out sometime in 2014.
Adele vs Baltimora 'Tarzan and Rain' (mashup) HD

Nancy Wilson – Both Nancy and her sister Ann are rock n’ roll Moms, as the guitarist and singer for Heart. While Ann may be the leading lady, Nancy gets the spot for how hard she can shred an axe. Not to mention she went on to score and write songs for movies, including Jerry Maguire and Almost Famous. Nancy has two twin boys Curtis and William with famous screenwriter/director Cameron Crowe.
Heart - These Dreams (Official Music Video)

Alanis Morissette – You can kinda tell just by looking at her what a badass mom Alanis must be. She just has that cool mom aura that some mom’s get. She’s often very candid in her lyrics, so it’s easy to believe she’s just as honest with her kid. She has a son, Ever Imre Morissette-Treadway.
Alanis Morissette - You Oughta Know (Official 4K Music Video)

Chrissie Hynde – The Pretenders front woman, and only constant member, has a rock n’ roll history that’s legendary. Even her motherhood is epic, as one of her two children is fathered by Ray Davies of The Kinks. Hynde is worth looking up on Wikipedia for a small glimpse into her crazy life, full of punk rock icons. She has two daughters, Yasmin Kerr and Natalie Ray Hynde.
The Pretenders - Talk of the Town - 1980 (Better Graphics & Audio)

Beyoncé – Possibly the most famous woman on the planet, you’d be hard pressed to find someone who does’t like Beyonce at least a little bit. The diva sings just as well as she dances, and that’s about as good as she looks. Which is pretty damn good. As the prime example of a role model for females, it was only a matter of time before she had a little girl of her own. Bey and Jay-Z(or is it Jay Z now?) gave birth to beautiful baby Ivy Blue Carter in 2012.
Beyoncé - Drunk in Love (Explicit) ft. JAY Z

Corin Tucker – While Carrie Brownstein may be the more famous Sleater-Kinney member thanks to the hilarious IFC show Portlandia, Tucker might just be too busy being a kick-ass mom for that sort of fame. The indie rock singer-songwriter has two children, son Marshall Tucker Bangs, and daughter Glory Bangs.
Sleater-Kinney Modern Girl 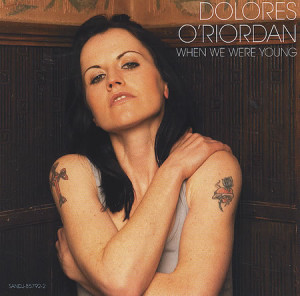 Dolores O’Riordan – “It’s in your heaaaaad, in your heaaaaad, zooooombie, zoooombie, zoooombay-ay-ay.” This irish siren was making “ay-ay-ay” cool waaay before Rihanna came out with “Umbrella.” The Cranberries enjoyed a fair amount of hits in the 1990’s thanks to O’Riordan commanding attention with her unique vocals. O’Riordan has three children, a son Taylor Baxter Burton, and two daughters Dakota Rain and Molly Leigh Burton.
The Cranberries - Zombie (Official Music Video)

Gwen Stefani – There’s No Doubt that Ms.Stefani is amongst the hardest rocking moms in the biz. Her husband may be the frontman of rockers Bush, but he can’t hold a flame to Gwen’s leading lady charisma. Gwen has enjoyed as much success as a solo artist as she had with her ska-punk/pop No Doubt. She’ll be blowing up pop-culture once again as she’s been picked to be a coach for the next season of The Voice. Gwen has three sons, Kingston James McGregor, Zuma Nesta Rock, and Apollo Bowie Flynn Rossdale.
No Doubt - Just A Girl