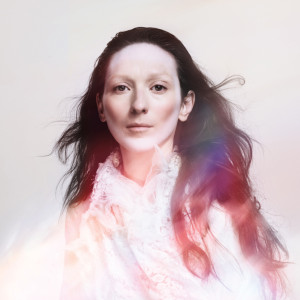 Monday night My Brightest Diamond mastermind Shara Worden marched into Cambridge, MA accompanied by her two bandmates, and a few openers, to bring the awesomely weird to the Sinclair. Opening the night was the New York-based singer Doe Paoro, who was an incredibly fitting show companion. The songstress commanded the crowd throughout her set, showcasing her powerhouse vocals on tracks such as “Hypotheticals,” “Born Whole,” and an incredible new song she announced would be next full length in 2015. Her band was also incredibly tight, and they set the tone for a night of great music.

As soon as Doe Paoro finished her set, the Emperor Norton’s Stationary Marching Band emerged from the side of the stage, marching directly into the crowd. Playing loudly and covered in lights of all sorts, the band did a great job of getting the audience feeling involved. The band sent themselves off with a rendition of the Star Wars Cantina song, before marching right on to the stage to an awaiting My Brightest Diamond. The two bands launched the lead single “Pressure” off of My Brightest Diamond’s new album “This Is My Hand.” The collaboration was phenomenal and really showcased Ms.Worden’s shining personality, as she shared her great admiration for the marching band.

Emperor Norton’s SMB exited the stage, and the rest of the night belonged to Worden and her back-up band. The multi-talented singer left her pianos, synths, and laptop behind, picking up a guitar for the next few songs. The band turned quickly from indie-pop to a rock-trio, aggressively shredding through the next few songs. She eventually returned to the keys, slowing things down to perform “Be Brave,” which displayed her incredible vocal range; and she began the song by appropriately wearing a paper diamond mask. She kept things tame a little longer, as her bassist and drummer crowded her with shakers while she helmed the ukulele for “We Added It Up.” She split the crowd into two sections to echo each other singing “love binds the world” towards the end of the song, keeping everyone feeling involved. The night continued on with a nice blend of slow and mellow songs, infectious indie pop, and straight up, kickass rock n’ roll.

Overall the show was a blast, with all three acts bringing their A-games. Shara Worden played an insane amount of different instruments, providing the crowd with a sound as diverse as her on stage personality. Her demeanor, and music at times, bore a striking resemblance to St.Vincent; it would be no surprise to see the two on tour together in the future. (Coincidentally, they also both have performed with Sufjan Stevens, and David Byrne.) My Brightest Diamond bring the fun, the weird, and some great music. Be sure to catch them next time they come to town.