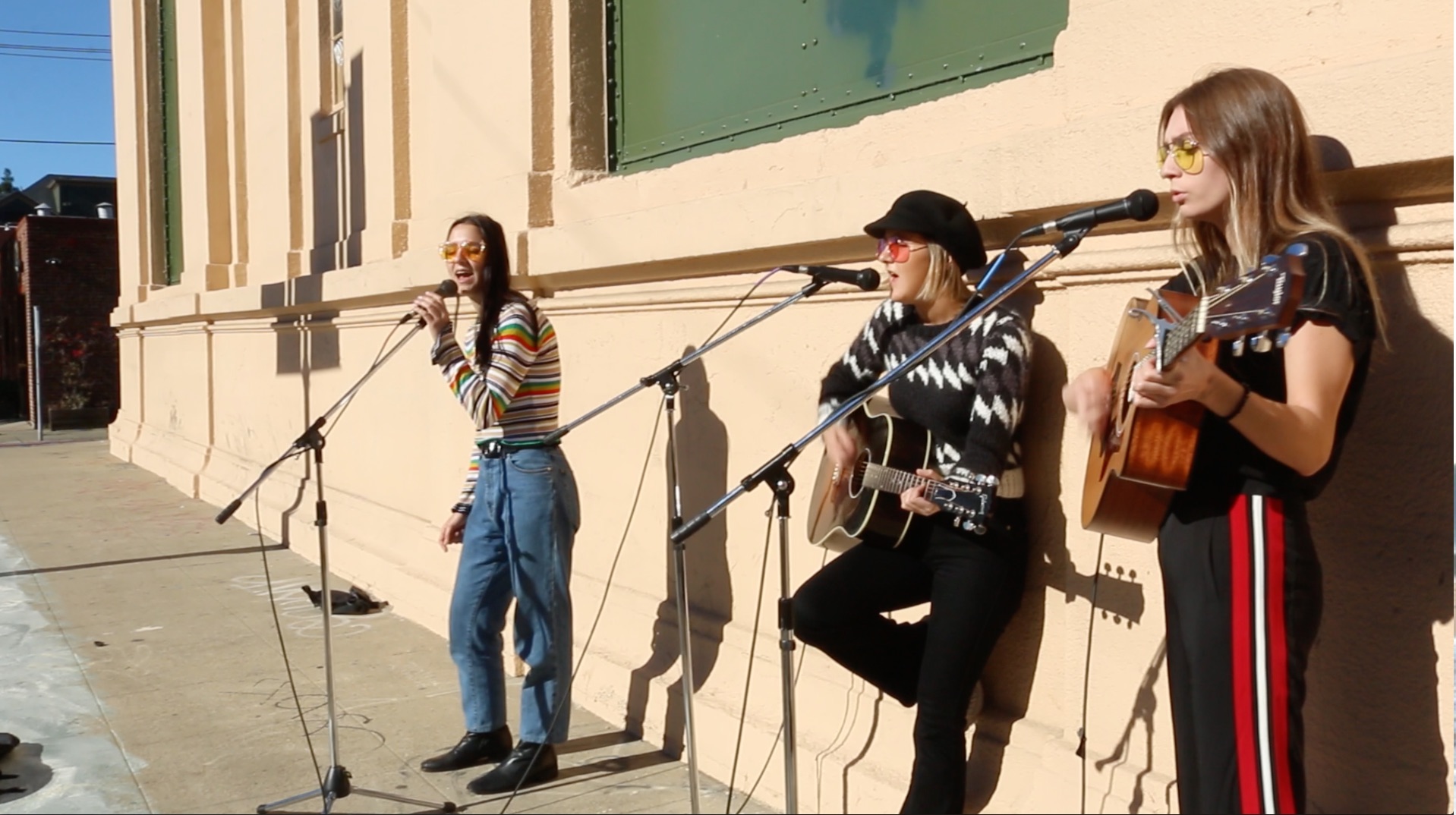 For The Beaches, it all began as a family affair. Sisters Jordan and Kylie Miller started playing music together at ages 6 and 7, respectively, and once they moved to grade school they recruited drummer Eliza McDaniel to join their ranks while walking to school one day. Leandra Earl was the next to join when the band was still in high school in the Beaches area of Toronto. Growing up, the band were all fans of fellow Canadian Avril Lavigne, and when crafting their own musical identities they made sure to carry over her swagger and punk attitude. They were able to show this when after multiple producers attempted to change their sound after releasing their debut EP Heights in 2014, they finally decided they would make up their own sound. During 2017, the four-piece went to the studio to record their proper full-length debut, Late Show, produced by Emily Haines of Metric, another one of their idols.

The Beaches recently caught up with B-Sides to talk about their origins, their debut album, staying true to yourself, and more: