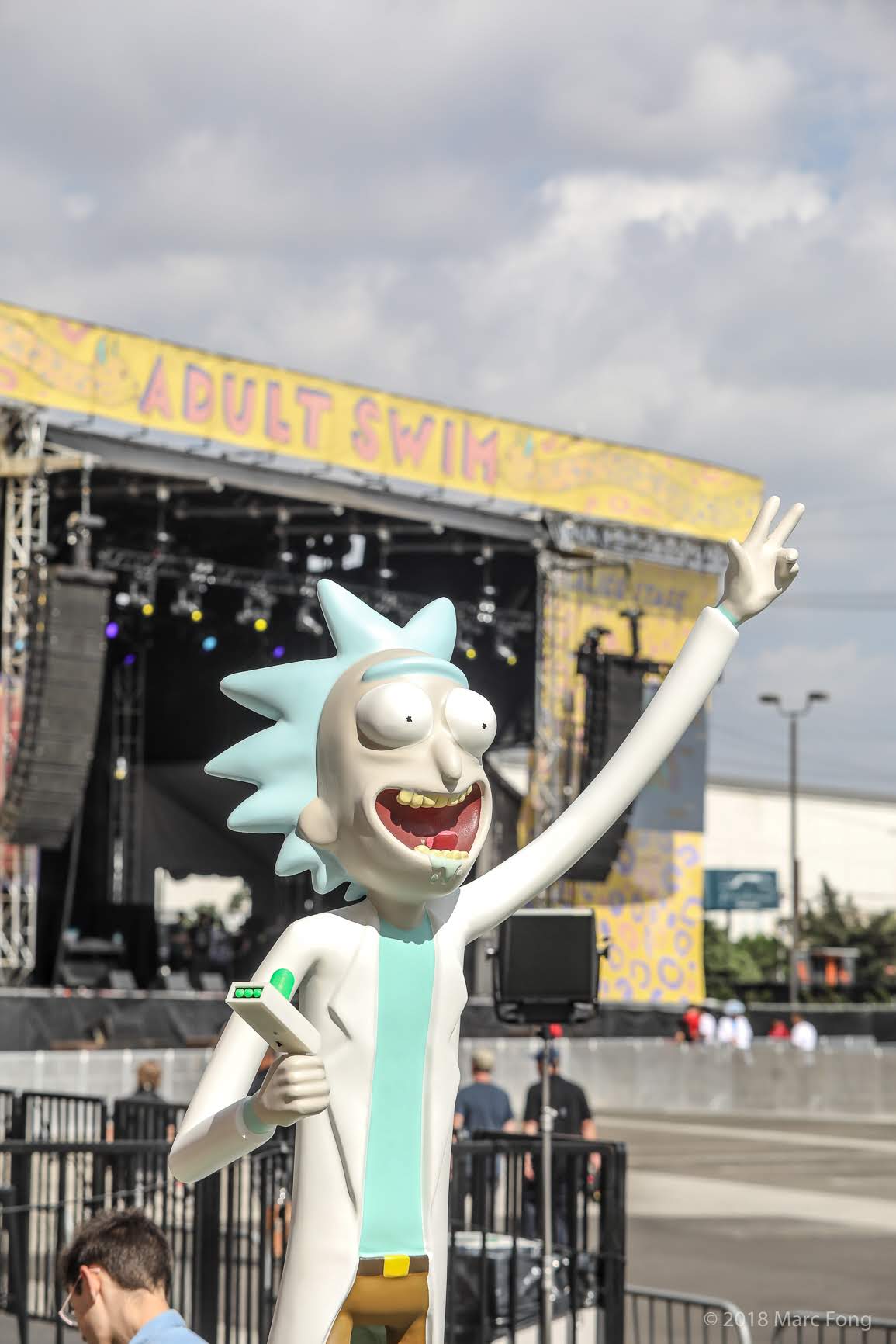 Last weekend Adult Swim hosted its inaugural music/comedy fest, the aptly named, Adult Swim Festival. The two-day festival featured an eclectic mix of music: guttural metal-punk, backpack rap and a healthy dose of hipster faves. On the comedy side of things, there were some pretty noteworthy comedians, with Hannibal Buress being the most familiar stand-up. Presumably, the common theme of the weekend was the nebulous relationships between the artists and the adult-oriented offshoot from Cartoon Network. The majority of the artists have worked on Adult Swim shows or contributed to the Adult Swim’s singles program which has been releasing songs from a variety of genres/artists for the past few years.

The festival had more highs than lows but as a whole the shindig has room for improvement, given the underwhelming size of the venue, the extreme diversity of musical genres, and limited availability of “experiences”.

The ASF website boasted music, comedians, and “experiences.” Technically, the festival delivered. With the notable exception of $uicideBoy$, all artists performed as advertised and were entertaining. The comedians were funny and engaging, and there were “experiences.” However, the “experiences” were actually pretty limited to a hot dog ride (Oscar Mayer meets country bar action), some Dream Corp VR fun, a single Rick and Morty mini-golf hole, the Meatwad Dome featuring a short Captain EO-esque type adventure, and carnival rope-ladder game named Smack Up My Uvula. It’s fair to say that the Rick and Morty Musical Ricksperience, the Brainfeeder Takeover, Streams and Merch can technically be called experiences, but listing them under an “Experiences” selling point may have oversold the category.

As an example, the Rick and Morty Musical Ricksperience featured show composer Ryan Elder leading an orchestra playing the score to a Rick and Morty episode. Although the Ricksperience was one of the highlights from the weekend, there wasn’t anything memorable about the performance as it was akin to a DJ or band playing to a video background. The rest of the experiences could be considered non-experiences, especially the “streams” area. In today’s social media-focused world in which attendees want to share their experience, a stream of the event they’re currently attending is less experience-y than actually just walking over to the actual performance.

The variety of musical genres was a great example of how some really great, up and coming artists can form the basis of a talented and interesting festival lineup. Of course, for many a Rick and Morty super-fan, there could be a larger presence and focused activities around the popular characters and show themes. Overall, the eclectic mix of artists made for an enjoyable weekend and there were no bad performances as evidenced by the positive response from the weekend’s audiences.

Lowlights:
“Experiences”–Maybe more actual experiences? Add in some carny games or rides or unique Adult Swim themed interactivity.
Proximity of stages appeared to be a bit too close. Ahmed Bharoocha joked that he could hear a really loud saxophone nearby but couldn’t see it. The sound overlap was occasionally really distracting.