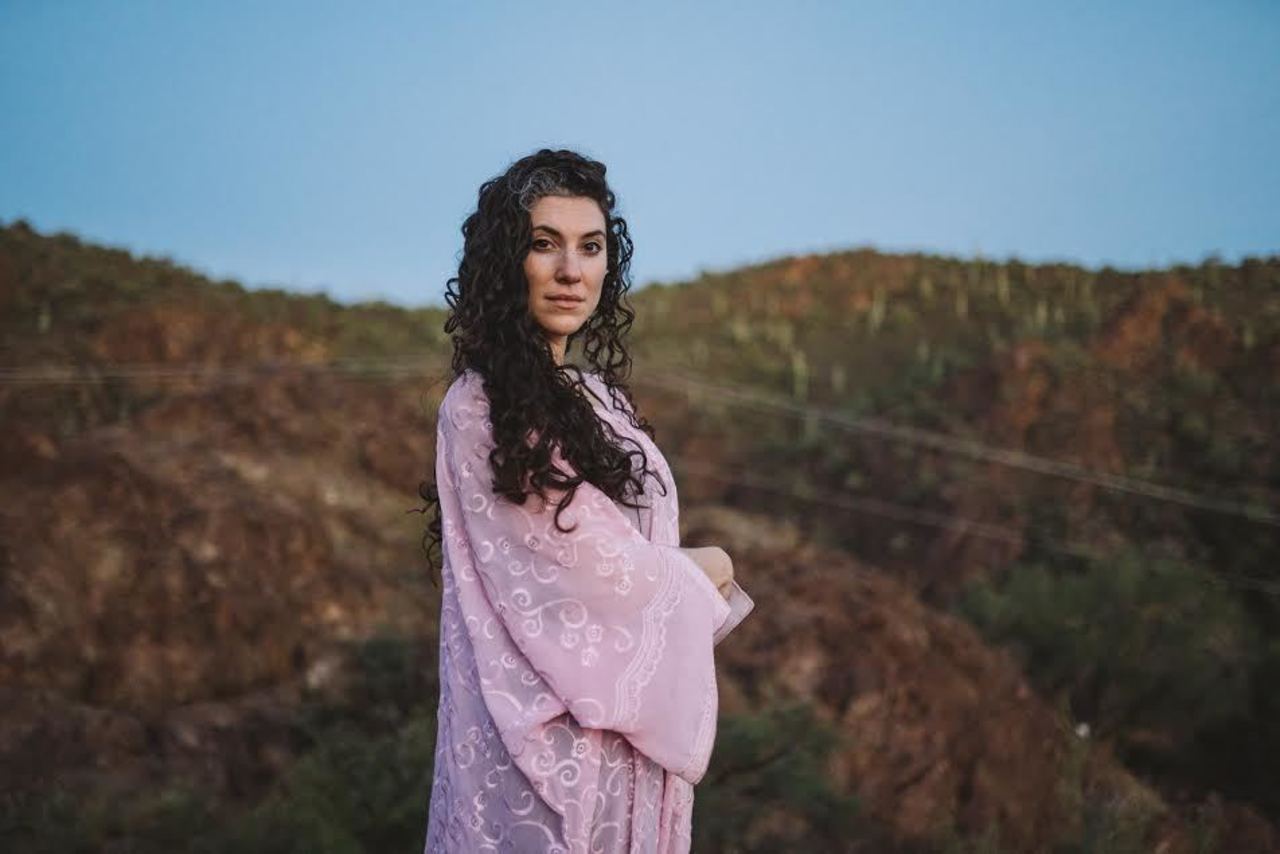 “We have strong women in the family no question about it” states Taali’s grandmother in the recorded track “For Michal”(about her great- great- great grandma’s holocaust death) off the debut album I Am Here. A powerful statement that inform listeners what we need to know about Jewish contemporary pop singer Taali. New York native/L.A based songwriter and engineer shows she’s an authentic artist as she incorporates her traditional Judaic culture, lineage, and identity into her work. The fifteen-track album itself is a spiritual journey of storytelling through inspiring lyrics. Her opening song “Release” is the right introduction that hooks an audience in quickly to the second track “I Held My Breath” with Taali’s alluring hypnotic hums. There’s something harmonious about her hums or hymns like a desert siren that keeps recurring throughout the record. Not only are her hums a ritual theme, but a repetitive amount of hand clapping as another percussion instrument that can be heard in “I Have Seen It For Myself,” “Let The Light In,” and “Star” . Taali’s hums and hand claps are two key components to I Am Here that brings the album to life as it echoes and enchants the ear. Her third song “Hear You Now”, which the video is directed by her friend Madelyn Deutch (daughter of Howard Deutch and Lea Thompson) features empowering and incredibly diverse women of many occupations as her tribe of guardian angels. It was the first song she wrote with significant ancestral beliefs and imagery intertwining her charming goddess vocals. Even her voice can part the Red Sea as the gifted songstress Taali is.

Taali shines bright on the track “Right Sized,” which has a more electronic R&B rhythm as well as “Hope Of My Own” that has a hip-hop groove. Ironically, “Right Sized” interluded to “For Michal” and served as inspiration to the song as our government was locking up children at the border in cages. While listening to her song, it feels like she’s dismantling the oppressive system. The slow gentle playing of the piano lightly layered in synths and reverb leaves a feeling of longing and how she’ll miss L.A after she’s gone. Although Taali has her own unique voice, she conjures an orchestrated vocal of Imogen Heap, Enya’s “choir of one” making her solo voice sound like many, and Norah Jones’ soothing tone. It’s very evident in her song “A Lack Of Color as the music builds and surrounds her singing. Her last two tracks “Plunge” an anthem song and “I’ll Meet You” a calming ballad makes a listener not wanting the album to end. Overall, I Am Here embraces Taali’s individuality, vulnerability, love and recovery from abuse/trauma in an ancestral society. All of which are organically composed over historic Jewish melodies and enhanced musical arrangements. I am Here is a triumphant rallying cry for those seeking out healing, power, and connection. The whole album feels like an out of body experience hearing from another perspective. Whatever darkness you’re in, Taali sheds a light of hope in I Am Here.