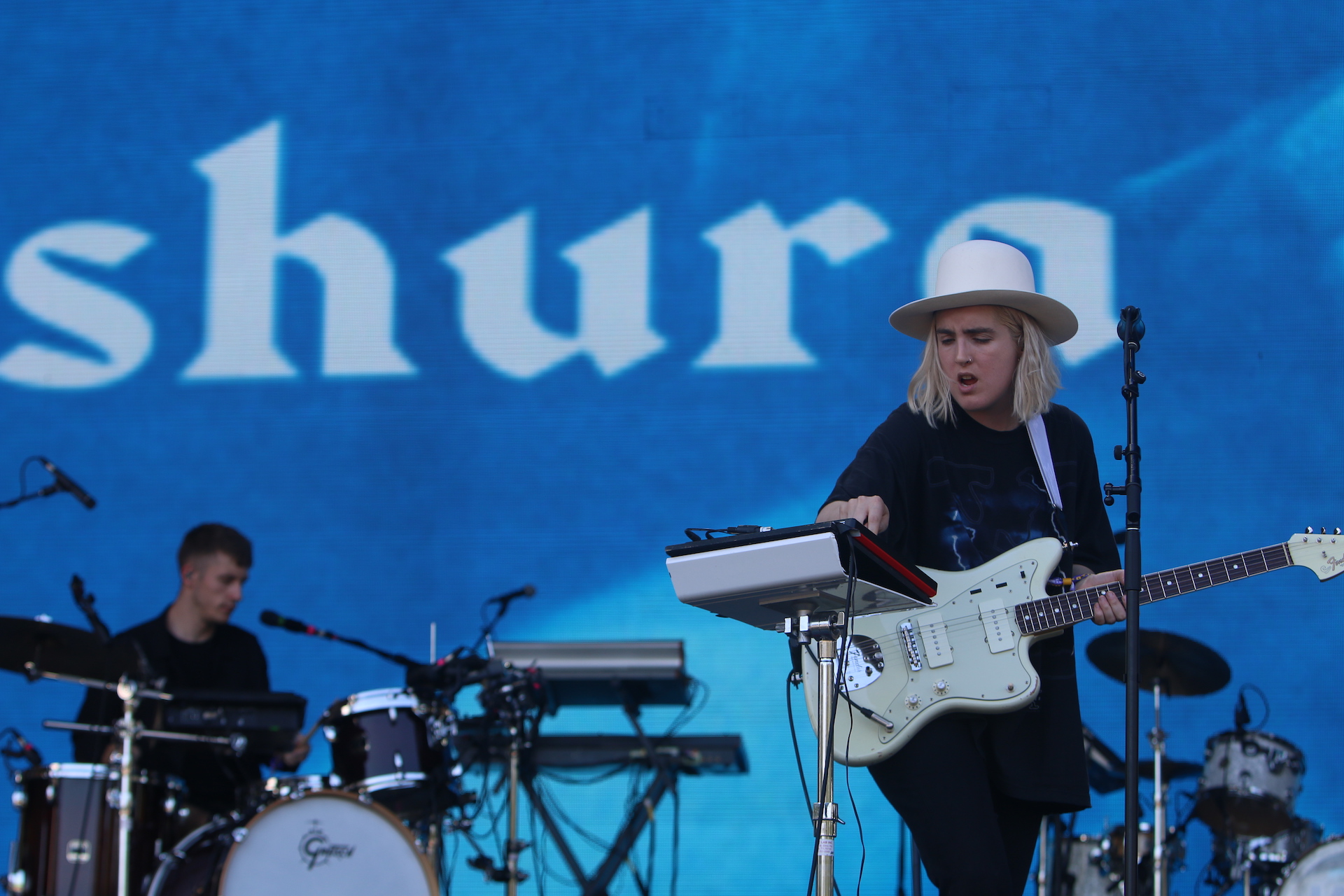 Shura didn’t have to dig much for inspiration to her latest album, forevher, which was released Secretly Canadian on August 16th. The album was primarily about Shura’s relationship with her girlfriend and their long-distance conception, tracing everything from the initial pull of desire to that first IRL meeting. After numerous video calls, Shura and her partner met on their first date with Shura traveling from London to New York City. “I had travelled to NYC to go on it, so I was a little bit nervous as this was definitely THE most high stakes date I’d ever been on,” says Shura. “I DM’d my friends MUNA who were playing a show the night that I arrived and asked them if they could get us both in, and they loved the concept of a first date at a MUNA gig. I wasn’t sure how the date was going until she took my hand whilst trying to lead me to a spot where I could see them play (i.e. basically nowhere in the venue as I’m too short!). Then I knew it was all going to be OK.” Shura describes forevher as “a soul record, sung by someone who doesn’t have a traditional soul voice. And I quite enjoy the antagonism of that.”

B-Sides met up with Shura during Austin City Limits 2019 to talk about performing at the festival, the new album, her approach to gift-giving and more. Check out the interview:

Shura at Austin City Limits 2019 - Talks 'forevher', Gift-giving
Shura - religion (u can lay your hands on me)