Artists to catch at Suwanee Hulaween 2019

The Spirit of the Suwannee Music Park has opened its mystical forest for a musically fantastic four-day weekend. Once again, the Lake Oak campground known for its ancient, mossy trees will set the most beautiful setting for the String Cheese Incident’s yearly Halloween bash. Enhanced by magnificent art installations and wondrous activities, the forest of Hulaween will be the perfect hallow’s eve festival camping experience- even more now that camp fires are permitted.

Apart from a great array of musical acts, the festival will be hosting a handful of activities with the aim of providing various experiences and learning opportunities for all attendees. Yoga, meditation, dance parties, chakra alignment and flow sessions are just a few of the things on the schedule for the Oasis workshops. The Silent Disco also has a full schedule presenting great artists on a daily basis. For beer lovers, “Kyle” has a craft beer corner that will be featuring all kinds of great beverages from local vendors at Kyle’s Craft Beer Corner.

With only four days to squeeze in as much as possible, we’ve put together some of our favorite artists to jam out to at Hula 2019. Make sure to plan ahead and check out the weekend’s schedule here. 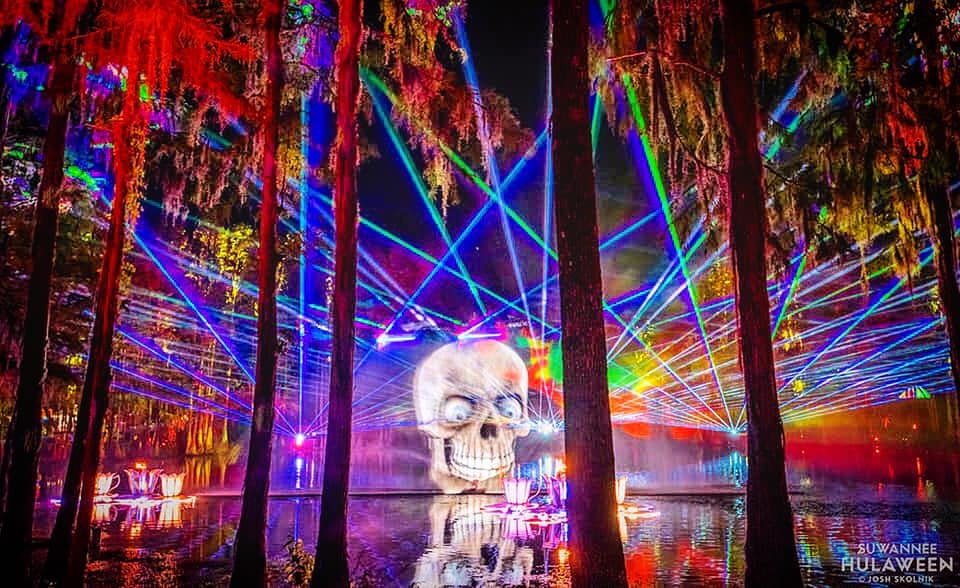 Artists to Catch at Hulaween 2019

Focusing on pushing the boundaries of bass music, CharlestheFirst has placed himself on the scene by sharing his love of psychedelic sounds.  His upbringing in the Sierra Nevada mountains has led him to compose unique sounds and melodies. The deep dance tracks are perfect for a chill afternoon by a fire or the dance floor.

She doesn’t like to talk about being one of the leading women in EDM because she’s better than most guys and girls in the game. The French DJ has created a rhythmic style that brings sounds from across the globe into a single set. Steady bass with fun, funky percussions are her signature moves.

This American DJ has slowly made its way into every major festival line up in the last years. This breakout artist has worked with big names in big projects that have brought him much attention in very little time. With melodic house and electro songs, he’s done everything from opening up for The Chainsmokers to being included in the“Fifty Shades Freed” soundtrack.

Probably some of the most authentic reggae still touring today. Having just released their twelfth studio production, the band continues to focus on controversial topics of human rights and racial injustice. As relevant as these stances are today as they were at the beginning of their career, their music continues to promote human unification and persistence.

This singer, writer, rapper and producer has been roaming the charts since 2012. His mix of soul, hip-hop, funk and pop has set him apart in the rap world. Not afraid to be strange, the rapper conveys strong messages via songs heavy in humor and verse.

This band got its name because before you know it, your hips are moving back and forth to their songs.  Influenced by reggae, rock, and African traditions, this group has created its own unique sound.  Their songs incorporate African instruments giving them name of reggae power house “THA”.

You can catch all the artist playing at Hulaween 2019 in the killer playlist below. For tickets and more information, visit Hula’s website here.