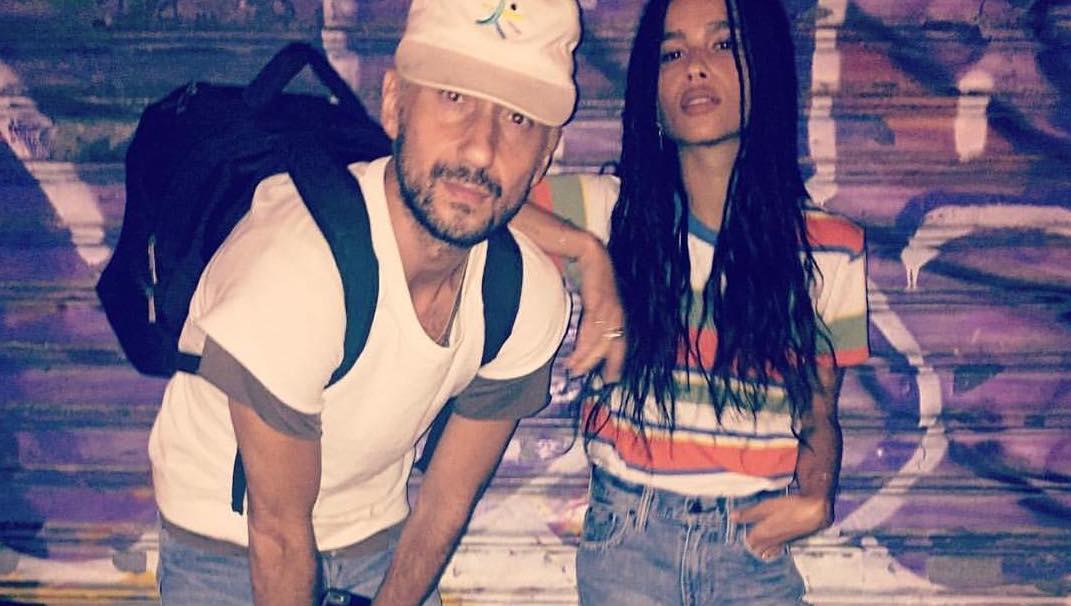 The new EP ‘Tenderness’ by LOLAWOLF dropped on July 3rd, surprising many delighted fans. The music is the band’s first new material since their EP, ‘Every F*ckin’ day’ that was released in 2015 and their first full-length, ‘Calm Down'(2014). Comprised of Zoë Kravitz and Jimmy Giannopoulos, the duo worked on the material in between managing Kravitz’s blossoming acting career. Kravitz and Giannopoulos were in and out of the studio at various times, working and experimenting with different sounds, even bringing in a variety of musicians and producers. Amongst the guests who would lend their talents included Jack Antonoff, Kid Cudi, Slim Jxmmi of Rae Sremmurd, Kamal Gray of The Roots and others. While only some of the material made it on the final EP, the songs were worked on until very near the release. Giannopoulos stated, “Sometimes when there’s a lot of people involved and the collaboration gets big, you have to step away and trust the other people what you asked them to do. Sometimes that’s part of the experience.” He continued, “That was the idea behind how that record ultimately wound up. I was okay with that, because that was something I wanted to try ultimately.”

Jimmy Giannopoulos spoke with B-Sides about the process of working on the sonic soundscapes on ‘Tenderness’, Kravitz’s rising profile over the years and more.