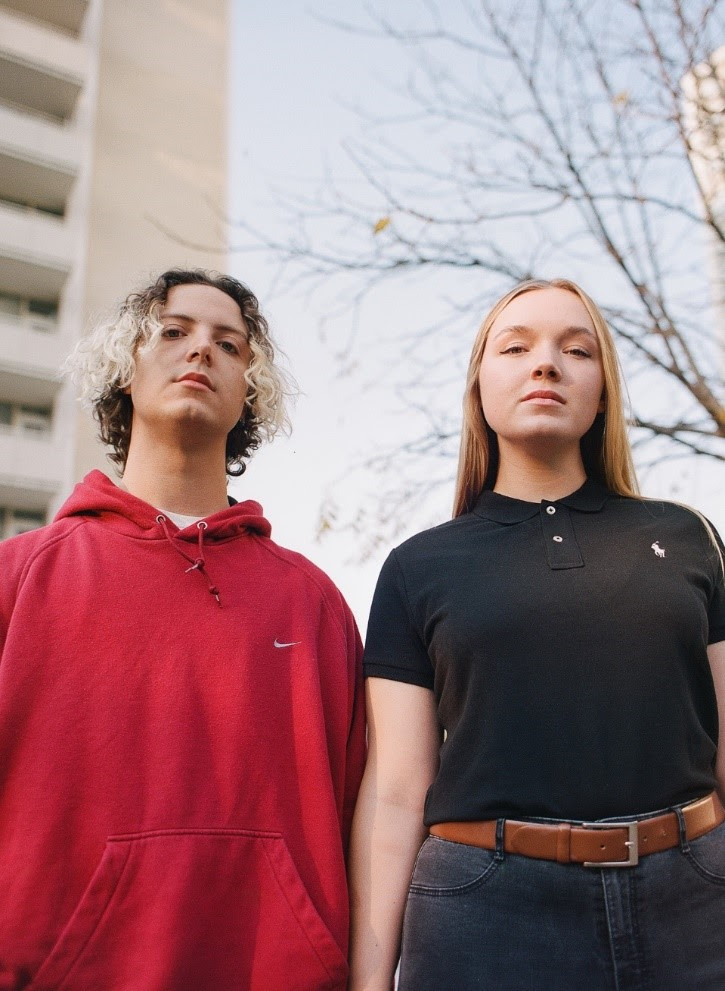 There have been some great new releases from both familiar and new names in recent weeks and it’s getting us hyped! New albums from Tash Sultana, SG Lewis and Oscar Scheller just dropped this week, along with EPs from Ben Chandler, Isaac Dunbar and nothing, nowhere. Wallows dropped the deluxe version of their quarantine EP, ‘Remote’ that includes a new song in “Quarterback” and AJR released “Way Less Sad” from their upcoming album, ‘OK ORCHESTRA’, that’s slated for release on March 26th. In the meantime, here are this week’s Top 10 new releases!

1. Still Woozy – ‘Rocky’
Still Woozy, aka Sven Eric Gamsky, has become a staple in the indie music scene. The Bay Area native began teaching guitar lessons and playing with a the alt/math rock band Feed Me Jack after graduating high school. He then attended UC Santa Cruz to study music, specifically honing in his electronic production and guitar skills. His solo work started really gaining traction for its catchy, psychedelic vibe and homegrown aesthetic. His latest single ‘Rocky’ is best described as vibey, with a funky bass line balanced by Woozy’s ethereal vocals.

2. KAYTRANADA – ‘Caution’
Montreal producer KAYTRANADA earned 3 nominations for his last record ‘BUBBA’ at this year’s Grammy’s, and it’s clear to see why. KAYTRANADA’s production is spotless and clean, imbuing his songs with a sharp funk that hooks the listener. His new single ‘Caution’ was actually first released on TikTok as part of their Black History Month initiative. The single seems perfect for the platform, mostly consisting of a looped instrumental that blends the genres of funk, hip-hop, disco, and house.

Babygirl - You Were In My Dream Last Night (Official Video)

4. KOLIDESCOPES x Gavin James – ‘All for You’
KOLIDESCOPES is the collaboration between acclaimed producer Dan Dare (Chali XCX, Marina and the Diamonds, etc.) and Yeah Boy of popular Australian band Parachute Youth. They teamed up with Irish singer-songwriter Gavin James on their new track ‘All for You’, which is a boppy electronic pop record that feels like it was made for summer. The track features James’ crisp vocals and a bright beat that is sure to uplift.

5. Jordi – ‘Escape Route’
‘Escape Route’ is the debut single from 17-year-old Jordan Radnoti, aka Jordi. She says her influences are some of the rock greats such as Nirvana, The White Stripes, and Arctic Monkeys. These influences definitely shine through in the raucous, heavy rock track which sounds much more mature than Jordi’s young age. Jordi sings about trying to find her ‘Escape Route’, a sentiment which is transformed into a rebellious, electric track that is stompy in the best way.

6. Isaac Dunbar – ‘fan behavior’
Rising alt-pop artist Isaac Dunbar has dropped his third album “evil twin” in which Dunbar begins to experiment more with his sound. The first half of the album is more experimental, and ‘fan behavior’ really demonstrates his burgeoning talent with a softer, edgy whispered vocal reminiscent of Billie Eillish. Every element of this song is unique while staying true to a pop aesthetic. Dunbar seems to be joining the league of artists ushering in a pop renaissance.

7. LILHUDDY – “The Eulogy of You and Me”
So… you’ve probably heard of Lil Huddy from his insane TikTok presence. He has a staggering number of followers on the app, 29.9 million as of today, and is only growing his social media presence. Huddy is a tastemaker amongst Gen Z, especially its younger members, and has recently diversified his platform by breaking into the music scene. This is an artist whom many people would desperately like to not take seriously, but with each single he releases, this becomes harder and harder to do. ‘The Eulogy of You and Me’ is a cathartic pop-punk track musing on a messy breakup. Huddy’s influences can definitely be traced to other pop-punk and emo giants such as My Chemical Romance, Pierce the Veil, and Fall Out Boy. I know everyone says that trends come back around every 20 years, and I’m sure millennials will feel very old with a new generation of young teenagers having their first experience with this sound.

LILHUDDY - The Eulogy of You and Me (Official Music Video)

8. Wallows – ‘Quarterback’
American alt-rock band Wallows received a lot of popular and critical acclaim for their debut album “Nothing Happens” in 2019. The band also received a lot of attention because of guitarist Dylan Minnette, who was the star of the hit TV series ’13 Reasons Why’. Wallows has made a name for themselves distinct from Minnette’s acting career because of the quality of their music. Their fresh, youthful sound is danceable and yet great for everyday listening, with a great blend of electronic and live instruments. The song ‘Quarterback’ is a standout track on their new album “Remote (Deluxe)” because of these qualities and because of its clever lyricism. Definitely check it out.

9. Lord Huron – ‘Not Dead Yet’
The indie folk band Lord Huron first became popular with the release of their 2015 LP “Strange Trails”, featuring hits like ‘The Night We Met’ and ‘Fool For Love’. Their sound fits right in with the indie folk revival, alongside staples like the Head and the Heart and The Paper Kites. Their new single ‘Not Dead Yet’ is the first track the band has put out in 3 years, and builds off their established indie folk/rock sound with a slightly psychedelic twist. The song definitely calls us back to their previous work which we loved so much, but shows the band trying to build off of that success.

10. AJR – ‘Way Less Sad’
Indie pop trio AJR released the latest single from their upcoming album ‘OK Orchesta’. ‘Way Less Sad’ is a song that sits with a feeling a lot of us are having right now. Though the pandemic and all of the other craziness from the past year isn’t over, we’ve learned how to be, well, way less sad. It’s this conflicting emotion paired with AJR’s signature celebratory sound that feels uplifting and hopeful amidst the chaos of the present moment.

Want more new releases hand-picked for you every week? Follow us on Spotify to keep up with our favorite tracks coming out!