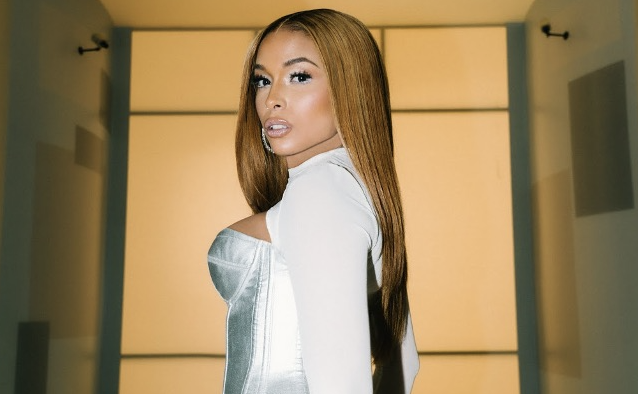 With so much new music coming out every week, it can be hard to know what to listen to first. Every week, we highlight some of our favorite tracks to kick off your weekend. The best way to keep up with our selections is by following our ‘New Music On-Repeat’ playlist on Spotify. This week’s picks include tracks from Princess Nokia, Audrey Mika, Brockhampton, and more!

1. Audrey Mika – “Chivalry”
Audrey Mika began her career by uploading covers of Billie Eillish songs to YouTube, where she gained a devoted following of fans. She slowly began incorporating original songs into her content, growing her audience and attracting the attention of listeners everywhere. Mika’s soft, melodic voice and sweet, personable demeanor have imbued her songs with a feather light pop aesthetic that is as bouncy as it is charming.

2. BETWEEN FRIENDS – “tired of your love”
BETWEEN FRIENDS is the collaborative project of brother/siseter duo Brandon and Savannah Hudson and drummer Brennan Benko. You may know the trio from their run on America’s Got Talent as part of the band The Heirs, or from their hit song “affection”. They just released their latest EP ‘tape 002’, which features the soaring melodies the band has come to master, and an effortlessly cool bedroom pop sound that’s infused with a distinct groove. “tired of your love” is definitely the standout track on the record, with hypnotic synths and Savannah’s rich vocals.

BETWEEN FRIENDS - tired of your love [official video]

3. mehro – “not alone”
Rising Los Angeles singer-songwriter Mehro just released his debut album ‘SKY ON FIRE’ after building the anticipation with a string of fabulous singles released throughout 2020. Mehro draws from a variety of genres, employing indie, folk, alternative, pop, and R&B elements throughout the record. His whispy vocals are almost masked by the music, until he cuts through with biting lines condemning his ex for their wrongdoings. While the raw anger and frustration that comes with a breakup is apparent on this track, mehro balances it with an optimism, reminding himself that he’s “not alone” after all.

4. ZHU – “Sky Is Crying” ft. Yuna
Electronic producer and singer ZHU is able to craft atmosphere unlike anyone else. His music feels like the soundtrack to a dazzling, glamorous night on the town, reminiscent of the opulence of an upscale techno club. On this latest track, ZHU collaborates with Malaysian singer-songwriter Yuna, whose honey flowing voice envelops you closer into the heart of the song in her verse.

5. Princess Nokia – “It’s Not My Fault”
New York alt-rap darling Princess Nokia is back with another jubilant track “It’s Not My Fault”. This song follows in the footsteps of Nokia’s breakout hit “Tomboy” in it’s celebration of her sexuality and body that doesn’t fall into the trappings of rigid beauty standards. Princess Nokia cultivates the cockiness of the greatest rappers while maintaining a truly empowering message for women, celebrating thick thighs and big bellies in a way that feels truly revelatory. Princess Nokia regularly engages in the political and spiritual, and watching her in interviews makes you recognize the intention and energy she puts into every song.

Princess Nokia - It's Not My Fault (Official Video)

6. Brockhamptom – “BUZZCUT” ft. Danny Boy
Self-described boy band Brockhampton is back with another single “BUZZCUT”. One of my favorite things about the diverse DIY rap collective is their ability to transform their sound on each record. From the Saturation trilogy to their last record ‘GINGER’, they’ve experimented with different ethos’ seemingly effortlessly. The beauty of Brockhampton is in their collaboration, which allows them to discover new sounds and aesthetics in a way that feels like they are actually having fun together rather than forcing themselves to transition their sound. “BUZZCUT” feels more industrial, with a new caricature for the band as they simultaneously embrace a 90’s bounce aesthetic while maintaining a contemporary experimentation.

7. Luminous Kid – “Mountain Crystals” ft. Phoebe Bridgers
Luminous Kid, aka photographer/visual artist Olof Grid, is an experimental pop singer-songwriter from Sweden. “Mountain Crystals” is the first track on his upcoming record ‘at the end of the dream’, set for release April 23rd. The artist has collaborated with Phoebe Bridgers artistically in the past, shooting the cover of her 2020 masterpiece ‘Punisher’, and doing many photoshoots together throughout their time as friends. “Mountain Crystals” was recorded during the ‘Punisher’ shoot, with Phoebe reading a spoken word poem amidst Luminous Kid’s hypnotic guitar.

8. Royal Blood – “Limbo”
The English rock duo of Mike Kerr and Ben Thatcher, Royal Blood, is preparing for the release of their new album ‘Typhoons’ April 30th via Warner Records. The band has self-described the new single “Limbo” as “without a doubt the most ambitious and wildest we have allowed ourselves to be”. This song blends an 80’s glam rock sound with the hardcore, head banging rock we’ve come to love from the band.

9. Kid Bloom – “Control”
Los Angeles-based artist Kid Bloom is known for his 70’s inspired sunny indie rock tracks with an edge, and his new track “Control” definitely lives up to this reputation. “Control” embodies a psychedelic, luminous aesthetic with a fierce rock n’roll guitar riff, and even a Daft Punk-esque breakdown. This song really shows how he’s been expanding his sonic range.

10. Jungle – “Keep Moving”
London electro-soul duo Jungle just announced their third album ‘Loving in Stereo’ will be released August 13th, and shared this new track “Keep Moving”. This is one of those songs that after the first chord, you know you have to add to your playlist. I always love hearing UK bands experiment with a Mo-Town, Blues, or funk sound, just because I’m enamored with the idea of transatlantic musical exchange, and Jungle really delivers on this song. This euphoric electro-funk track is simply ear candy.