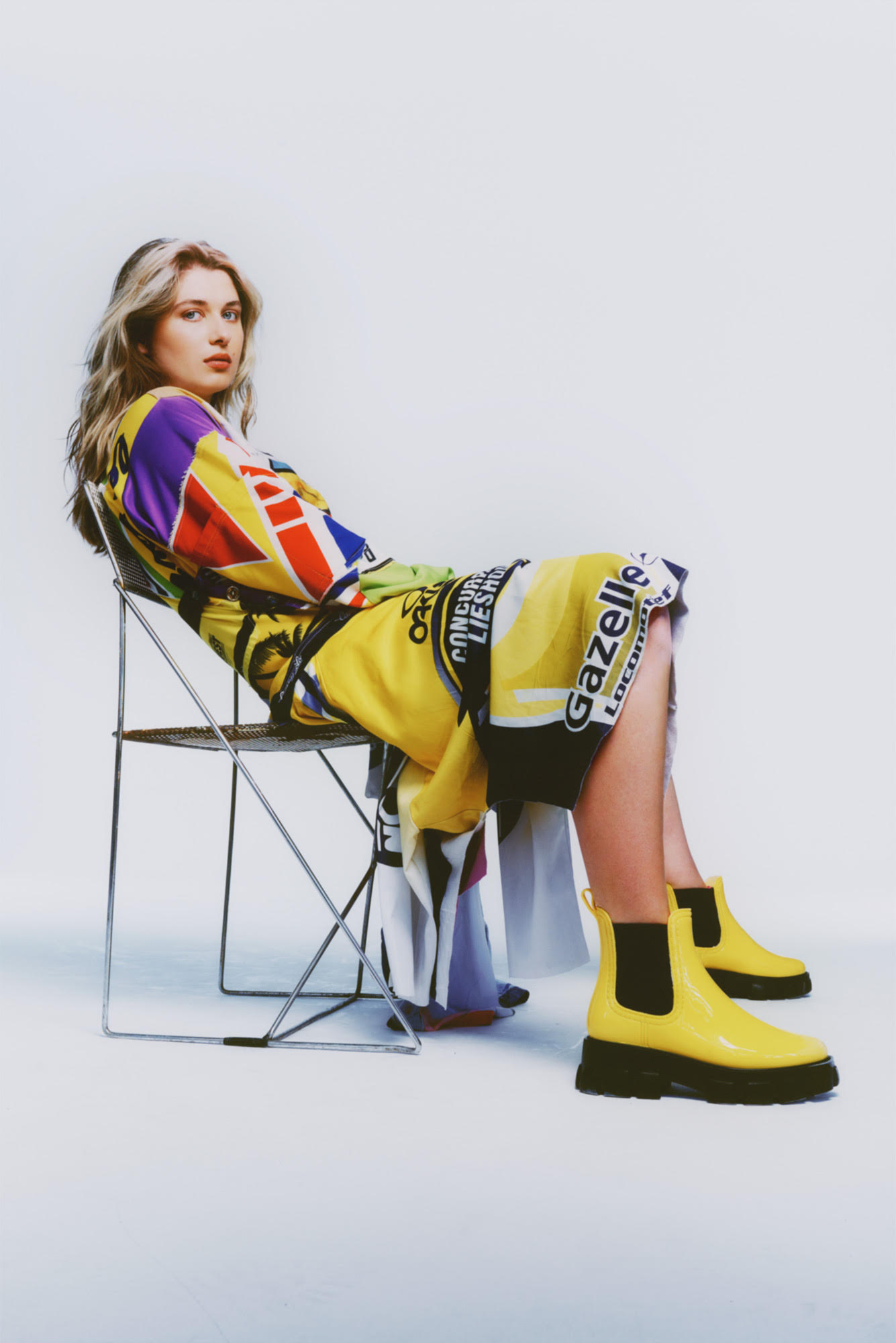 With so much new music coming out every week, it can be hard to know what to listen to first. Every week, we highlight some of our favorite tracks to kick off your weekend. The best way to keep up with our selections is by following our ‘New Music On-Repeat’ playlist on Spotify. This week’s picks include tracks from Lucy Dacus, Cautious Clay, Baby Queen, and more!

1. Regard, Troye Sivan, & Tate McRae – “You”
Kosovan DJ and producer Regard teamed up with pop icon Troye Sivan and rising singer-songwriter Tate McRae, known best for her pandemic anthem “Immune”, to create this new track. Regard’s production carries the same bouncing, jubilant energy of his hit remix “Ride It” but adds a touch of glamour with dazzling 80s synths and rich layers of sound. The combination of McRae and Sivan’s voices is cohesive, with sweet, clean charm.

2. Wave Racer – “Left Behind”
This is the first new single of 2021 for Australian DJ/producer Wave Racer. This track blends elements of bedroom pop, rock, and industrial sounds to create an interesting, jazzy soundscape. Wave Racer’s vocal delivery is really unique here, drifting between the melodic and rhythmic as the song progresses. The fast paced lyrics detail the self discovery that comes with a tough breakup through the boppy vignette of the instrumental.

3. Cautious Clay – “Karma & Friends”
Singer, songwriter, producer, and multi-instrumentalist Cautious Clay has announced his debut album ‘Deadpan Love’ is coming June 25th, and Clay has been tiding fans over with the release of some phenomenal singles. It’s kind of amazing that an artist so beloved and successful, who has demonstrated his uncanny ability to craft mature, deliberate songs time and time again has yet to release a debut. This new track “Karma & Friends” only builds the anticipation for the completed project, with Clay’s buttery vocals and the grand yet retro feel.

4. Porsh Bet$ – “Peanut Butter”
Harlem native Porsh Bet$ just released this new alt-pop/R&B track “Peanut Butter”, a whimsical appreciation of Bet$’ ‘it girl’. Though simple, the melody is still immersive, with a carefree attitude and undeniable swagger. This is only the fourth track of his career, but we’re excited to hear more great tracks from him in the future.

5. Baker Grace – “I Feel For You”
Rising singer songwriter Baker Grace’s new track “I Feel For You” is a soft, sultry confessional. Grace’s voice is so unique, soft and breathy yet with a jazz inspired edge. She is truly a songbird, evident in the smooth groove of this track. The best moment is when the haunting synths come in just before the final chorus, adding a layer of dazed majesty that is so inherent to the kind of love she sings of.

I Feel For You

6. Baby Queen – “Dover Beach”
23 year-old South African born dream pop artist Baby Queen is back with another new track just off the heels of her highly praised single “Raw Thoughts”. This track is ecstatic, with the glamourous pop aesthetic of bands like the 1975 or M83 and Baby Queen’s soaring vocals. Utterly danceable, this song reminds us of those teenage summers, driving with the windows down through small towns, with its breezy, jovial tone.

7. Lucy Dacus – “Hot & Heavy”
We are so excited to hear singer songwriter Lucy Dacus’ upcoming album ‘Home Video’, slated for release June 25th. This is the second single from the record, with Dacus releasing the bad dad anthem “Thumbs” in March. Dacus’ unassuming voice never fails to pack a lyrical punch, detailing her experiences outgrowing old friends and even versions of herself. Dacus perfectly blends indie folk and rock in her music, creating epic songs that always have something to say. She is one of those artists where I pretty much know everything she releases will be good, with her precise songwriting and command of tone. I cannot wait to hear the complete album in June.

8. easy life – “skeletons”
British alt-pop group easy life are releasing their debut album ‘life’s a beach’ June 4th via Interscope Records. We hope this track is a sign of what’s to come! This week’s list is filled with feel good, disco-inspired pop tracks, and this song fits right in. The group’s British accents add a delightfully playful tone to the opulent song. There is so much detail in the instrumental, with new interesting flourishes at every turn.

9. girl in red – “You Stupid Bitch”
We’ve been so excited to hear girl in red’s debut album ‘if I could make it go quiet’ on April 30th. This track alongside the first single “serotonin” is definitely giving us a hint at the tone of this record. Whereas girl in red’s previous work often dipped into saccharine portraits of queer love, these new songs carry a new edge. This song is first and foremost a rock track, distinct from the bedroom pop sound of her early songs. The edgy, raw sound and frustrated lyrics are a supercharge of emotion that is sure to hook listeners.

10. carolesdaughter – “Trailer Trash”
carolesdaughter is best known for her viral TikTok song “violent”, and if you’ve watched our interview with the gritty artist, you’ll know the struggles she’s endured throughout her life. This new track “Trailer Trash” explores those earlier versions of herself. This track honestly has a midwest emo feel to it, which is really interesting considering “violent”‘s emo rap sound. I’m glad we’re getting to see carolesdaughter’s sonic range with each new track she puts out.