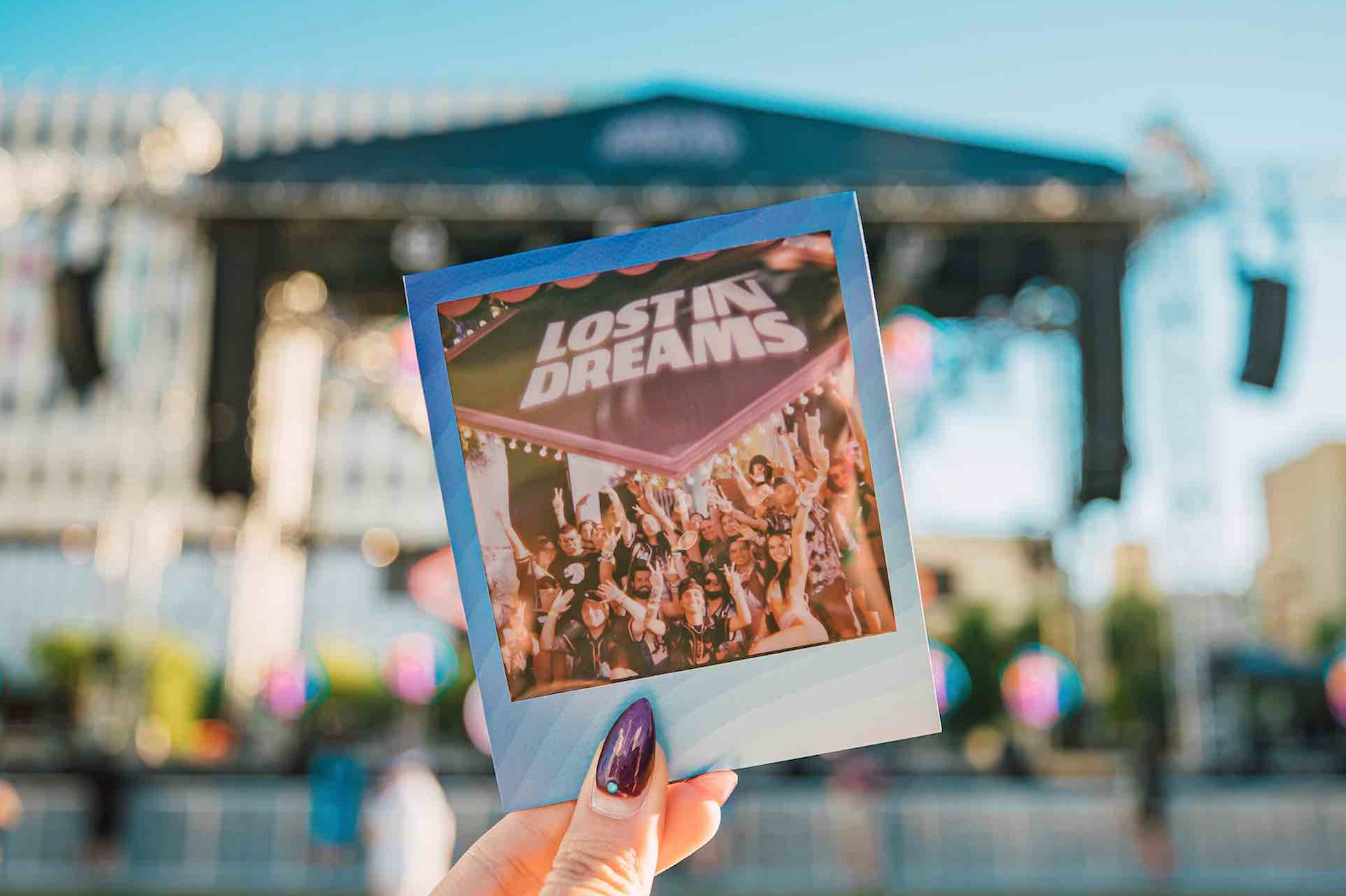 The inaugural Lost in Dreams music festival made its debut in Las Vegas this past Labor Day weekend to an eager and excited audience grateful for live music to return. The 2-day music festival featured many great variety of acts spanning Future Bass, Melodic Dubstep & Vocal-Driven Dance Music across 3 stages, including Seven Lions, Dabin, Manila Killa B2B Chet Porter, Pluko, SG Lewis, Kaivon, and YUNG Bae.  Festival organizers, Insomniac put on this brand new festival without a hitch, in light of the current health conditions. Vaccination cards and negative Covid tests were checked at the entrance, and masks were highly encouraged with signs posted around the festival.

Moore Kismet had an amazing set to kick off the festival with an energetic set that the crowd was feeding off of. Kismet interacted with the crowd frequently, recapping their experience performing live throughout summer, playing Lost in Dreams, and even surprised the crowd with some new, unreleased music. Pluko had an outstanding performance, definitely one of our favorites, with outstanding visuals and setlist that got the crowd hyped and eventually crested when he dropped “Love$ick” by Mura Masa. Kaivon was immaculate and brought back a lot of memories when he played “The Great Escape” by Boys like Girls into a bass drop. Yung Bae played a groovy set that included his viral hit, “Bad Boy,” getting the crowd hot, heavy, and sweating. Seven Lions concluded the festival with an energetic set, inspiring nearly the entire crowd to jump around and dance as if they were unleashing the pent-up energy that’d been building up.

Although it was a smaller, newer festival, Lost in Dreams was perfect for a 2-day festival in the heart of Las Vegas. The music was consistent and the artists were lively and brought the right amount of energy to keep things moving. The art installations were impressive and combined with an audience who embodied the spirit of the electronic music dance community, Lost in Dreams was a successful and fun event that makes us eager for the next iteration.