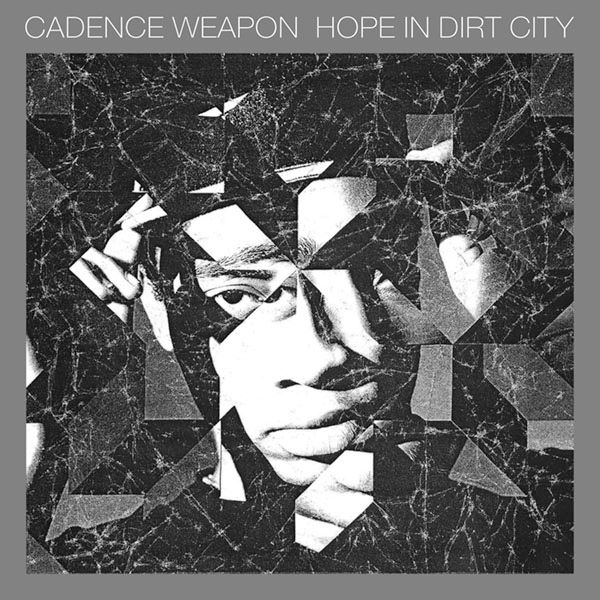 With his new album “Hope in Dirt City” being hailed as “The return to real hip-hop”, Cadence Weapon proves that he is a force to be reckoned with as he storms the U.S. of A. with fellow Canadian act Japandroids. Easily one of the busiest people in rap music today, Cadence Weapon poet and mix master Rollie Pemberton sat down with us at the sold-out show in Denver to talk about the new album, rap music history and plans for the future.

B-Sides: You have cited a wide variety of musical influences, from hiphop to dance to funk to electronic, for your sound  – what were some of your biggest influences for Hope in Dirt City?

B-Sides: Hip-Hop and Rap fans have been calling your music “The return to real hip-hop” – what are your thoughts on the current state of rap/hip-hop music?

I feel like, at times, rap has not been around for very long, compared to most other genres. I feel like things go in cycles. There was a time when there was very conscious rap, like in the early 90’s, in the golden age. Then it kind of went into a lull where it was more about commercialization but I feel like we are coming into a time where things are switching over and becoming a little more thoughtful.

B-Sides: What are some of the biggest differences you’ve seen between the Canadian Rap scene and the U.S. Rap scene?

It depends on the area you are in – just like the different cities in both Canada and the States, where the scene is a direct reflection of the cities above it. But I think the main thing is that Canadian rap is more earnest, less pretentious about what the artist is trying to say – at least that’s what I find in Canadian Rap.

B-Sides: You have collaborated with many different artists on lot of your work – Who is the one artist (living or dead) that you would love to collaborate with and why?

Brian Eno. He’s an amazing producer and a big influence of mine. I think it would be great to just get a beat by Brian Eno.

B-Sides: In addition to your own music, you’ve been a poet laureate for Edmonton, scored music for short films and remixed tracks for other artists– are there any other artistic endeavors you would like to tackle in the next year or so?

For the next album, I’d like to make a movie and the album would be the soundtrack. That’s my vision for it – but I don’t want to talk too much about it, I might jinx it or something.

You can catch Cadence Weapon on tour in the States and parts of Canada this summer and get to hear new songs like “Conditioning” and “Hope in Dirty City” as well as old fan favorites like “Real Estate” and “Black Hand”. You can find all the dates and ticket information listed here. Take our word for it – This is one show you won’t want to miss!