Blink-182 has announced that they’ll be releasing a new EP within the next two months. Bassist/singer, Mark Hoppus took to his Twitter and announced, “We’re releasing some new blink-182 songs in a few weeks.” Blink-182 guitarist/singer, Tom DeLonge, followed up on his Twitter, “New Blink EP for x mas… :)” to confirm the announcement. The band has tweeted photos from the studio during recordings recently although at the time, no word was given for when new material would be released. 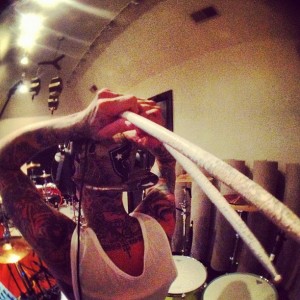 The pop-punk veterans had recently split from their label, Interscope Records, and are now currently unsigned to any label. Blink-182 is scheduled to tour Australia early 2013.

blink-182 - After Midnight (Behind The Scenes)