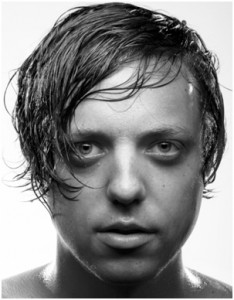 Glassnote Records artist, Robert Delong has been described as a “one-man futuristic dance party with beats as cerebral as Orbital and club-ready as Calvin Harris.” Hailing from Los Angeles, DeLong explores the many facets of identity and spirituality within the catchy atmosphere of dance beats and pop-hooks. His debut album, Just Movement, is due on February 5, 2013, and has already spawned quite of interest from the lead single, “Global Concepts”.

DeLong has performed live, using a myriad of tools that include Wii-motes, keyboards, and drums to develop a live rock show that CMJ claims worthy of “an 8-bit warrior, seamlessly creating danceable electro beats with his Wii Remote and Sega Genesis controller on par with the Chemical Brothers.” He uses MIDI interfaces, a full drum set, drum pads, keyboards, laptops and game controllers, looping his music live to fuse electronic dance beats with striking melodies and lyrics with emotional heart.

Watch “Global Concepts” by Robert Delong, who is on B-Sides On-Radar!