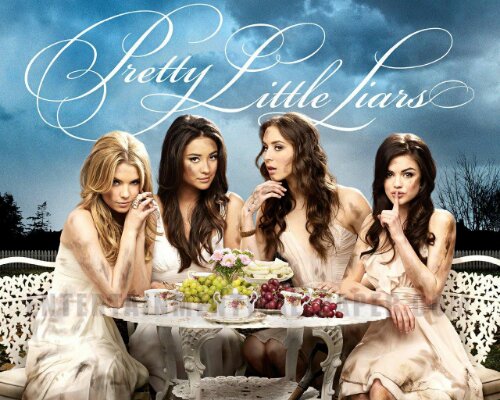 If you count yourself among the Pretty Little Liars fans, then you know that half the love for the show is about the clothes.

Between the four main girls we have all bases covered; from Hanna’s love of glam to Emily’s down-to-earth comfort, the wardrobe on set must be a fashion chamleon’s dream. What’s even more interesting than the choices made for PLL, is the fact that each of these girls has a personal style off-set that breaks from their role entirely…talk about getting into character!

Lucy Hale, arguably the most adorable person on the planet, has declared herself ignorant of fashion news. She told Lucky magazine that she doesn’t “really know ever what’s in style”, and has people help her pick her wardrobe out. Her character, Aria, stays more on top of things, and would probably cringe if she were ever told what to wear. On the left of the photo, Aria takes risks with her colors and accessories, while on the right, Hale goes for classic, completely avoiding chance of fashion faux-pas. 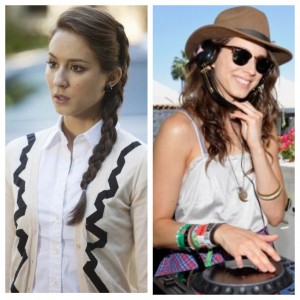 Bellisario told Seventeen that she grew up in a wealthy family (her best childhood friends were the Olsen sisters!) and so the preppy angle Spencer takes is familiar to her. She shed that ivy league image a while ago though, because in real life she’s adorably simple and effortless and you’ll very rarely see her with makeup on or her collar buttoned. As far as Little Liars I would want to meet go, this one is the top of my list.

The award for the biggest disconnect between character style and personal style goes to Shay Mitchell.

Her character Emily is a straightforward converse and jeans kind of girl (though she has been branching out lately, I must say!), and all of her co-stars have testified multiple times to the fact that she will show up on set in sky-high heels and designer duds at 6am. P.S. If you’re looking for a beach babe to follow on Instagram, this one is my pick.

Ashley Benson is a girl after my own heart. Black everyday? Of course.

Her PLL alter-ego, Hanna, is a color-loving girlie-girl who would balk at the edgy items that Benson wears. To the right, Hanna manages to include pearls, a cardigan and floral patterns all in one outfit. And Benson? I’ve never seen her come near that level of tea party craziness. Hanna is far higher maintenance than Benson, but I’m convinced that the girl can rock anything from studs to stilettos.

PLL is now into it’s 4th season, so keep an eye out for the Little Liars’ style changes and see if you can spot any influence from Troian, Ashely, Lucy and Shay peeking through on Tuesday nights.