Day two of Fun Fun Fun Fest and we are still hanging in there. The long days and endless music options aren’t getting old and thankfully the weather has still been kind. 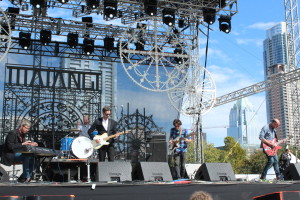 Frank Smith, a band that happens to be local to Austin, were the first to perform on the orange stage today, and they did it perfectly. Opening for a festival, or any concert, can be tough but Frank Smith handled it with class. With their home city right behind them silhouetted with a perfectly blue sky, they brought something great to the table. 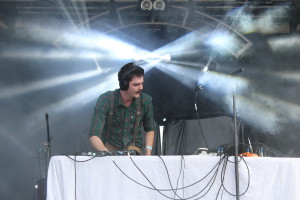 Sellers, as I was passing by with a call of beats and synths. I had never heard of him before, but his talent completely blew me away. A DJ, Roger looked almost like a mad scientist up on the stage, alternating between singing, drumming, and mixing to repeat beats and create completely wonderful music that sounded like it would take at least five people to create. 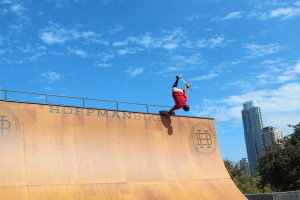 Skaters and bikers were also out and really starting to shred up the halfpipes today, oozing talent beyond belief. Professionals including Clint Reynolds, Steven Reeves, and Raney Beres were out showing off for everyone and giving the crowd a break from the music overload. 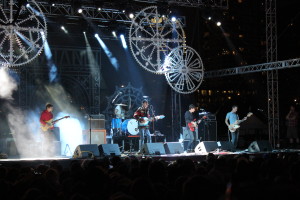 Props go out to Deerhunter for their amazing talent as musicians. As they were about to start they struggled with technical problems before even beginning, so stalling became a bit of an issue. These guys handled it well, talking to the crowd and making people laugh. Once they did start, however, that all disappeared.  Let me just say, for a band to play the same beat and rhythm for over 10 beats is hard, let alone however many they did. Holding the crowd in their grips, the lead singer played melodies on his guitar, performing a classic rock sound and showcasing their talents, never leaving the crowd bored. I have full respect for these guys from now on, as they sure know what they’re doing when it comes to music.

Headlining tonight, M.I.A. put on a stellar performance as expected. If anything, it was more like a rave than an actual concert. Flashing lights, blaring music, and the entire crowd dancing along. So far I think M.I.A. has won first prize for getting everyone to move. Ending with her two biggest songs “Bad Girls” and “Paper Planes”, M.I.A. gave the people what they wanted, and then some with a much wanted encore, ending the night with a bang.