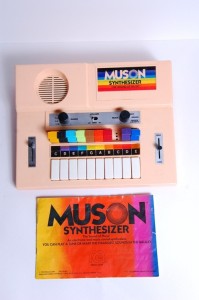 Originally known for its mark in the 1980s is the music genre that has made its way back for a successful revival in the music scene today! Many different bands and artists continue to incorporate the genre into their music everyday. But what exactly is Synthpop? And how did it become a genre that continues to be successful through the decades? Back in the eighties the genre established its name through its primary use of the synthesizer music instrument. Early genre influences on synthpop included 1960s and 1970s synthesizer use in electronic rock and disco. Culturally synthpop became a genre in Japan and the United Kingdom in the post-punk era leading into the new wave scene of the late 1970s and early 1980s. Original synthpop bands included Yellow Magic Orchestra, the Human League and Ultravox. Yellow Magic Orchestra opened the doors for synthpop bands such as Plastics, P-Model, and Hikashu. As time went on synthesizers evolved from monophonic to polyphonic, which led from simple to more dance infused sounds. The use of this new type of synthesizer and the creation of MTV, are what led the genre to fame! As the 1980s came to an end, the style of synthpop did not end with the decade, instead it evolved into different subgenres in the 1990s and the 21st century; genres such as electro and indietronica. Reaching commercial success with new bands and artists including Bastille, CHVRCHES, and La Roux among countless others! Synthpop aided in the establishment of the synthesizer being an important element of pop and rock music and today the genre continues to open the doors for many more subgenres including house and techno music.