Top 5: Musicians We’d Like To See At The WHCD

This weekend Joel McHale hosted the 2014 White House Correspondents’ Dinner. The room was packed with politicians and celebrities alike, who despite their differences, laughed the night away at the feel good event. It’s always interesting to see how these personalities act around each other, so we decided to do what we do best, and compile a list of famous musicians we’d love to see make an appearance at the annual event.

1. Laura Jane Grace(Formerly Tom Gabel) of Against Me! – There’s a long list of reasons that Laura Jane would be a phenomenal guest. To start, Against Me!’s music has always been very politically charged, with such songs as “White People For Peace,” and “From Her Lips To God’s Ears.” Laura Jane would also be a great guest, as two years ago she came out as a transsexual. It would be a nice nod to the LGBT community, and the advances our country is making in the way of LGBT rights, by inviting her to the event. 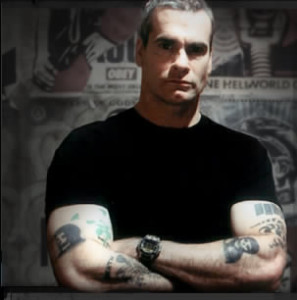 2. Henry Rollins – The former Black Flag lead singer-turned spoken word artist, is an incredibly informed man who is no stranger to political opinions. Over the years his voice has become very well respected, and he has done everything from acting, to interviewing a number of well known figures, and writing numerous books. He can be an incredibly serious dude, but he’s also got a great sense of humor. Rollins would definitely provide great fodder for more than a few jokes.

3. Dave Mustaine of Megadeth – The born-again Christian Megadeth frontman isn’t afraid to speak his mind. While Dave has always been no stranger to saying outlandish things, the crazy really started to come out once Obama was elected POTUS. He has blamed Obama for a number of things, the craziest of which possibly being that he staged some of the recent tragic shootings in our country to help pass a gun ban. Speakers for the night would have a field day picking apart the absolutely insane claims Mustaine’s made over the past few years.

4. Jay-Z – Even though HOV has spent the past six years being buddy-buddy with the leader of the free world, he’s never actually attended the correspondents dinner. He was the subject of a joke or two from President Obama Saturday, but he wasn’t there with Bey to laugh along. Maybe his schedule’s a little too stacked nowadays, but we like to think he could make some time for the event. It’d be a riot to sit him next to Bill O’Reilly or some other rap detractor, just to watch them squirm. 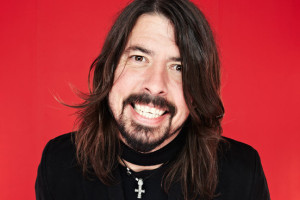 5. Dave Grohl – Why wouldn’t they invite Dave Grohl? He’s the most loved guy in rock n’ roll nowadays. The Foo Fighters have a new album on the horizon, Nirvana was just inducted into the Rock And Roll Hall Of Fame, and he’s got a Grammy winning documentary under his belt. Dave’s upbeat personality can always be felt in a room, and he’s actually an incredibly funny person. The Foo’s also played at the Democratic National Convention in 2012, dedicating an acoustic version of “My Hero” to President Obama.