THROWBACK: What Happened to The Cranberries? 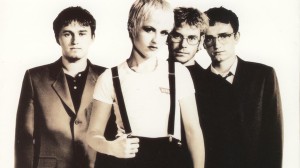 Known for their music dominating the rock charts of the 90s with their hits “Zombie,”Linger” and “Ode to My Family,” was the Irish punk rock band known as The Cranberries! Dolores O’Riordan (vocals), Noel Hogan (guitar), Mike Hogan (bass) and Fergal Lawler (drums) came together as a band after the split of Hogan and Lawler’s band The Cranberry Saw Us. The band wanted a female singer after lead vocalist Niall Quinn left the band in 1989. Through advertisement they found O’Riordan and changed their band name to The Cranberries. Together they sent a homemade demo to different record companies in the UK, and received attention from both record companies and media that caused an uproar between British record labels wanting to sign them. The band eventually signed with Island Records and gained major commercial success in 1993 after releasing their debut album Everybody Else Is Doing It, So Why Can’t We?. The success however, was not at the time of release of either the singles nor album, but instead when the band caught the attention of MTV, while touring with popular band Suede. The television station played The Cranberries’ music videos on rotation helping the band reach number 1 with their album on the UK Album Charts in 1994! In the Fall of that same year the band released their second album No Need To Argue, which featured the band’s best known hit today “Zombie;” earning them 5 times platinum in Canada, platinum in Switzerland, and over 7 times platinum in the United States! Yet after that album’s release their later albums, To the Faithful Departed (1996), Bury the Hatchet (1999), Wake Up and Smell the Coffee (2001), and Roses (2012), did not reach the same type of commercial success. The Cranberries disbanded in 2003 to pursue their own individual musical careers, until 2009 when they reunited for short time in honor of O’Riordan earning Honorary Patron at the University of Philosophical Society in Dublin, Ireland. The band recorded their last album Roses and released it on February 27th, 2012. Since then there has been no word from the band and whether or not they will ever record music together as a band again. Regardless of their departure from the music industry, The Cranberries will always be remembered to us as one of favorite alternative rock groups from the 90s.