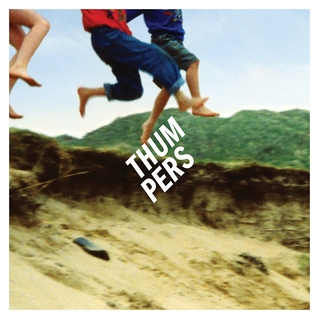 The track “Unkinder” by Thumpers has been a B-Sides favorite in 2014. It was a song that wasn’t even crafted for any album or work other than to share amongst friends. Longtime childhood friends Marcus Pepperell and John Hamson Jr., started making music together in London in late 2011.  The two were in other bands prior to creating the group Thumpers, with Pepperell having toured with Friendly Fires and other bands all the while, still keeping in touch and sharing ideas together. Eventually the pair’s music garnered notice from Sub Pop Records and their debut album, “Galore” has been critically acclaimed.

Their first track, “Sound of Screams,” appeared online in April 2012, and a sold out debut show in Hackney followed in September 2012.  Soon after, their first official single, “Dancing’s Done,” was released in February 2013 and received B-list status on the BBC 6 Music playlist.  The duo sat down with B-Sides TV to talk about their latest LP, friendship, music, and more.  See the interview below!