February is here, and with it, the 2015 Grammy Awards. LL Cool J will be licking his lips as host for the fourth consecutive time in a year full of as many familiar faces, as it is new ones. There’s a few huge surprises here, the biggest probably being that T-Swift didn’t get a Best Album of the Year nod, yet Beck did. Ms.Swift did pick up a nomination for Record of the Year however, a category in which she is surrounded by newcomers Iggy Azalea, Sia, Sam Smith, and Meghan Trainor. Despite the surprises, and sometimes questionable nominations, we sorted through the most popular categories and picked who we’d like to take home the golden gramophones.

“Shake It Off” – Taylor Swift

“All About That Bass” – Meghan Trainor

This one’s a toughie, as all of these songs are incredible in their own right. While “Stay With Me” probably holds the most emotional depth, it also just cost the songwriters a pretty penny after a lawsuit from Tom Petty won it’s case claiming it cribbed his famous track “Won’t Back Down.” “Shake It Off” is an obvious contender because T-Swift had the best selling album not only of the year but, in years. As much as we’d love to see her walk home with it though, it’d be awesome to see 21 year old newcomer Meghan Trainor win for celebration of curvy women.

“In The Lonely Hour” – Sam Smith

Still trying to wrap our heads around Beck being here, not because he doesn’t deserve it but, it’s just surprising to see his name surrounded by the some of the biggest names of the year. We almost want him to win just for that reason but, that wouldn’t be fair. Obviously it’s hard to ignore Pharrell’s name, as he had one of the biggest songs of the year, on an album pumped full of pop-gems. We’re gonna have to give it to the man in the big hat, because he seems like such a genuinely nice guy, we’d love to see him happy. Plus, he probably had a hand in half the other nominees career at some point or another.

Song of the Year: Nominees: “All About That Bass” – Kevin Kadish & Meghan Trainor

“Take Me To Church” – Andrew Hozier-Byrne

Okay, how awesome would it be if “Stay With Me” won, and Tom Petty went up on stage with the other writers to accept the award? As dope as that would be, it would be even doper if Hozier won for “Take Me To Church.” Not only does he seem like a real underdog here, he’s also the only artist with a sole songwriting credit. Plus, the guy is incredibly humble, incredibly talented, and the song was a monster hit. 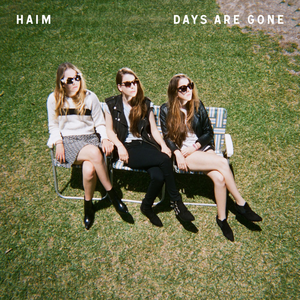 Iggy and Sam have been pretty much ignored by us so far, which is a shame but, is also not changing with this category. Bastille hit it big with “Pompeii” but, they failed to really follow up that single with another song as big or catchy. It would be awesome to see the Haim sisters walk away with this one, as their debut album is an impressive blend of genres that doesn’t lose a step from the moment you turn it on, till the second it stops. Plus, their live show is out of this world.

“Do I Wanna Know?” – Arctic Monkeys

Tensions could be high in the rock category, as Jack White has made his feelings on The Black Keys pretty public in the past. It’d be interesting to see the look on his face if the Keys won the award and, they certainly deserve it for the hypnotic Danger Mouse produced track. We’re gonna have to go with the Ohio natives on this one.

The nominees are the same as best rock performance aside from Paramore, which is awesome to see. Their self-titled album flew under the radar as one of the best albums of 2013. “Ain’t It Fun” is a perfect blend of a serious and all too familiar topic, with an upbeat and fun tempo, and it would be awesome to see the trio take the award for it.

I think everyone can agree, not U2. Anything but U2. Beck seems like the obvious choice here, as he was also nominated for album of the year but, The Black Keys honestly had the most solid mainstream rock album of the year. Here’s to hoping they win another one.

Best Alternative Music Album: “This Is All Yours” – Alt-J

A bit of a head scratcher that Jack White is here and not in the rock album category. He seems out of place in the category, which could potentially help him but, it’s likely Arcade Fire will take the gold on this one. As likely as that is, it’d be way cooler if St.Vincent won for her impeccable self titled album.

Tune into CBS at 5:00 P.M. this Sunday February 8th to catch the 57th Annual Grammy Awards.