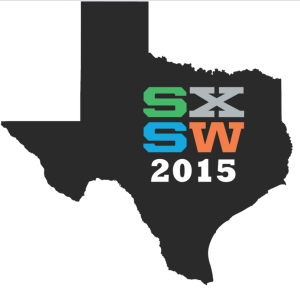 It’s safe to say that there will be hip-hop talent on display at SXSW 2015. The festival is known for highlighting new acts, and that is no different this year. Take a look at the top acts not to miss, in my opinion, with these rising stars:

Vic Mensa – Fresh off of his breakthrough moment (a feature on Kanye West’s new album, So Help Me God), Mensa looks primed to have a massively successful year.

Vic Mensa - Down On My Luck (Official Music Video)

Pell – On numerous “artist to watch for 2015” lists, Pell continues to build steam from his last album, Floating While Dreaming.

Action Bronson – If the track Baby Blue is any indication of what Mr. Wonderful (Bronson’s new album dropping March 24th) will be, then we’re in for a treat.

PJ – The frequent Lupe Fiasco collaborator is brand new to the game, and while she has a voice made for hip-hop hooks, she’s starting to put out great solo work as well.

Hopsin  – Easily the most brash on the list, Hopsin rules the internet (his Ill Mind series has tens of millions of views). Though his late year news about retirement set the internet afire, this listener, for one, is glad it was just a prank.

The festival isn’t just filled with newer acts; rap veterans Murs, Nas, Brother Ali, Wale, Run The Jewels, and 2 Chainz will all be there as well. And to top that list off, J-Cole just announced that he’ll be performing as part of the “Dreamville Takeover.”

The Minnesota hip-hop moguls, Atmosphere – who founded the Rhymesayers label – are on the slate as well. They also headline Soundset 2015 in May.