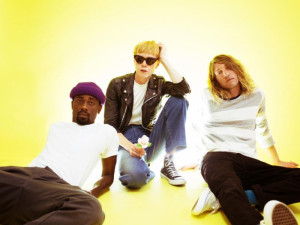 Here at B-Sides, we’ve been obsessed with the track, “Going The Distance” by Zipper Club. The new Los Angeles-based band is comprised of guitarist and founding member Mason James and multi-instrumentalist, co-writer, and vocalist Lissy Trullie. In speaking of the track, “Going The Distance”, Mason stated: “It’s synth-bred, weird-sounding music that’s different but still melodic and palatable. If it sounds good I don’t care if it’s from the 1920s or the 2016s. As a musician, you take little tidbits of cool sounds you hear and combine them into something completely unique.
Music needs to reflect on itself.”

Zipper Club is working on their debut album, which is being produced by James Iha(formerly of Smashing Pumpkins), and preparing for a residency at The Satellite in Los Angeles for the month of August.