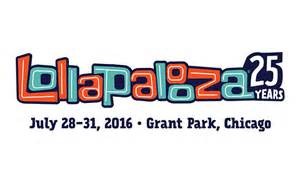 In 1991, Perry Farrell and Jane’s Addiction were calling it quits. One of the foremost bands to start the late 80s and early 90s movement into the Alternative wanted to go out with a party. So they invited along some friends to tour with them on their farewell venture. The first incarnation of the event is a history guide to that movement including Living Colour, Nine Inch Nails, Ice T & Body Count, Rollins Band, and the Butthole Surfers. The anything goes, dance party, heavy metal atmosphere was a staple of that time and moved on to permeate the tour. The 1992 version saw the festival double with the Red Hot Chili Peppers, Ministry, Ice Cube, and Soundgarden headlining and a side stage that included the always interesting Jim Rose Circus.  1993 saw the mighty Metallica, Tool, and Rage Against the Machine headline. And so on until 1997, when interest waned and the tour was cancelled. Jump to 2005 when the tour was turned into a 2 day festival in downtown Chicago and has increased in size ever since. 25 years on and Lollapalooza is a place where left of center bands want to play, coming back from the dead to go international with festivals in North America, South America, and Europe. The 2016 lineup is once again a guide to today’s alternative music and has branched to include metal, hip-hop, and EDM, with a continuation of that anything goes atmosphere. To acknowledge the 25th anniversary of the festival, this year’s event extended to four days in Grant Park with headliners J. Cole, Radiohead, Red Hot Chili Peppers and LCD Soundsystem. Check out our preview of some of the lesser known but severely talented artists.

Kurt Vile is a singer / songwriter hailing from Philadelphia. He brings his low-fi brand of rock with hints of Pavement and Springsteen to Lollapalooza with his backing band The Violators.

Kurt Vile And The Violators - Jesus Fever (Live on KEXP)

The Norwegian multi-instrumentalist, producer and DJ appeared on the EDM scene in 2012 when he released his debut EP Mirror Maru. His first studio album is due out in 2016.

Omen is a Chicago artist, and poet, bringing his introspective and thoughtful hip-hop with influences as diverse as Outkast and Radiohead to the festival. Omen’s debut album is titled Elephant Ears.

England’s The Struts landed big on the scene with 2014’s Everybody Wants bringing their high-energy, bombastic rock to the masses. The band draws influence from the likes of Queen, Def Leppard, and Oasis.

The Struts - Put Your Money On Me (Official Music Video)

Horse Thief combines anthemic rock with American Midwest landscapes for a very tangible and thought-provoking set. Their most recent album is titled Fear in Bliss out now on Bella Union.

The trio offers a rocking, high-energy, bouncing set like controlled chaos. Riding the success of their American hit single “Whirring” the band has built a cult following. Their latest effort Hitch was released in 2016.

For 10+ years Mutemath have been making dreamy, psychedelic, love music with a pop sensibility that is hard to find. Their newest album Vitals was released in 2015.

I am a firm believer in Relapse Records. They have signed some of the heaviest, most banging bands in recent years including hard rock icons Nothing. Their latest venture Tired of Tomorrow is shoe-gazer at its finest.

Dreamers want you to have a good time. Their brand of alterna-pop is fresh, exciting, and will make your body move. They had success with their breakout single “Wolves (You’ve Got Me)” and continue to find heavy rotation on alternative radio.

“The Answer” come banging into Lollapalooza from South Africa with an original hip-hop, EDM vibe with an African twist. An extremely visual band, they found crossover success with their single “I Fink U Feeky” Their 4th studio release, Mount Ninji and Da Nice Time Kid is slated for release September of 2016.

'I FINK U FREEKY' by DIE ANTWOORD (Official)