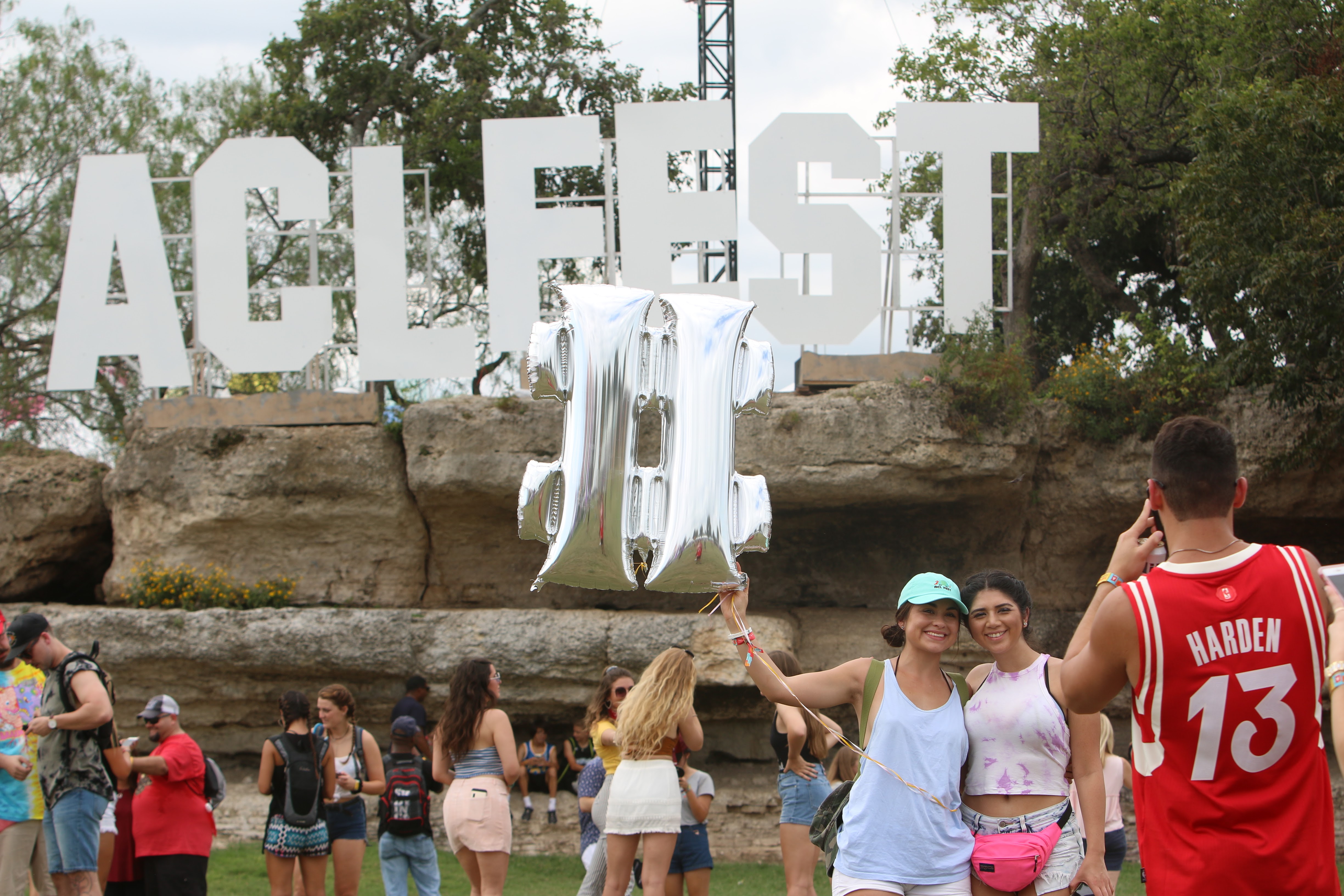 The first weekend of Austin City Limits 2017 was welcomed with the stereotypical weather as remnants of the recent storms left behind a streak of humidity and mosquitoes. Regardless, the sun was shining and numerous Austinites were prepared for the weather and amazing music ahead of the 2017 edition of Austin City Limits. Headliners Red Hot Chili Peppers, The Killers and Jay-Z were stacked with the hits that brought back the nostalgia from multiple generations, meanwhile on the flip side, there were many up-and-coming artists that impressed many that included The Aces, Zhu, Royal Blood, Grace Vanderwaal and Big Wild amongst others. Check out the photos!

Day one of ACL 2017 had a strong level of excitement that built up throughout the day as many were eager for the annual event. Performers The Wild Now, who are from Austin, and The Aces, both of whom make catchy upbeat tunes, had strong sets to entertain the early crowds. Burgeoning internet sensation (Sandy) Alex G put on an entertaining set highlighted by tracks from his album, Rocket that was well-received by his fervent fanbase. Crystal Castles simply stunned the audience with a barrage of sounds, and in a good way. Frontwoman, Edith Frances, wore makeup similar to the DC Comics character the Joker and added a new, exciting element to the dark electronic sounds that former frontwoman, Alice Glass had established before leaving in 2014. While The Revivalists had a loose and celebratory set that showcased the year’s alternative radio hit, “Wish I Knew You”, Foster The People took a more serious stance. Holding off on their breakthrough hit, “Pumped Up Kicks”, the band played a set filled with familiar songs as well as select cuts from their latest album, Sacred Hearts Club. Lead singer, Mark Foster, also took time to deliver an impassioned speech about the importance of unity in the current societal climate and divisive times, as the band played their cover of the John Lennon song, “Love”. Although the hits were there, there was a feeling that there was more that Jay-Z could have delivered. With a set that was short of the park curfew, the legendary rapper ended 15 minutes early with a set that included “Big Pimpin”, “Empire State of Mind” and “Hard Knock Life” and the finale “99 Problems”.

The second day of Austin City Limits brought about cloudy skies, which made for a slightly cooler day but just as warm. MUNA had a fun and entertaining set that included a cover of the Stevie Nicks classic, “Edge of Seventeen”. 13 year old artist, Grace VanderWaal put on a mature and impressive performance for her first ACL appearance, while the new band comprised of industry veterans, Dreamcar were thoroughly entertaining as the No Doubt musicians, minus Gwen Stefani plus Davey Havok exemplified true showmanship and musicianship. Their cover of “Suffragette City” by David Bowie highlighted their set, coming off strong as it as obvious that each member was influenced by the late artist.

Alison Wonderland could’ve have easily performed at a larger stage and had an overflowing and enthusiastic crowd outside of the tent she was scheduled at. Up-and-comers, R.LUM.R. and Russ had thoroughly impressive sets as the former showed off his vocal chops along with his training as a classical guitarist, highlighted by his cover of “Thinking About You” by Frank Ocean, while Russ performed on a larger stage but still had an overflowing crowd as the rapper delivered the best from his album There’s Really A Wolf. As many tributes to Tom Petty, who recently passed, were performed by various bands, the Red Bull Air Force Skydiving Team also got in on the act as they put on a show to “Free Fallin’”. Unfortunately, the timing was off as the performance started promptly as scheduled at 7pm sharp and interrupted the last song of Cut Copy, “Lights and Music”. Headliners Chance the Rapper and Red Hot Chili Peppers brought in vastly different crowds as Chance put on a set akin to church performance running through popular songs such as “Same Drugs” and “Good Enough”, but one that also ended about 20 minutes short of its scheduled end time. Meanwhile, Red Hot Chili Peppers put on a strong set that was hit-laden from “Californication”, “Give It Away” and “Aeroplane” along with covers of the classic by The Stooges, “I Wanna Be Your Dog” and Tom Petty’s “A Face In The Crowd”.

Day three of ACL was indicative of the “chill vibe” day that most associate with a long three day festival. Charlotte Cardin and Middle Kids put on solid sets as the former showed some impressive vocal chops as demonstrated on her debut EP Main Girl. First Aid Kit was very entertaining as the Swedish duo comprised of sisters Klara and Johanna Söderberg performed a strong set of folk pop highlighted by “King of the World”. The most energetic sets of the daytime lineup leading up to the headliners included D.R.A.M., Run The Jewels and ZHU put on interactive sets that solidified their critical acclaim while satiating their enthusiastic fanbases. In a conflict of sorts for alternative music fans, The Killers and The Gorillaz wrapped up the night as the two headliners had a wealth of material to choose from for their sets. While The Killers paid tribute to Tom Petty with their covers of “American Girl” and “The Waiting” alongside their huge hits, The Gorillaz played a concise set that was highlighted by a deep catalog, outstanding visuals and guest rapper D.R.A.M. on “Andromeda.

Overall, the 2017 edition of Austin City Limits was a memorable weekend that brought together music fans of all genres, young and old. As sports played in the Beer Hall throughout the weekend, there was a sense of camaraderie while music/sports fans cheered on the local University of Texas football team to victory, intensely watching the baseball playoffs and multi-tasking with the music and Dallas Cowboys game. Highlighted by the veterans in the headliners and punctuated by the strong rising artists, the ACL 2017 will go down as one of those “remember when” stories that gets retold throughout the years.


Google has deprecated the Picasa API. Please consider switching over to Google Photos