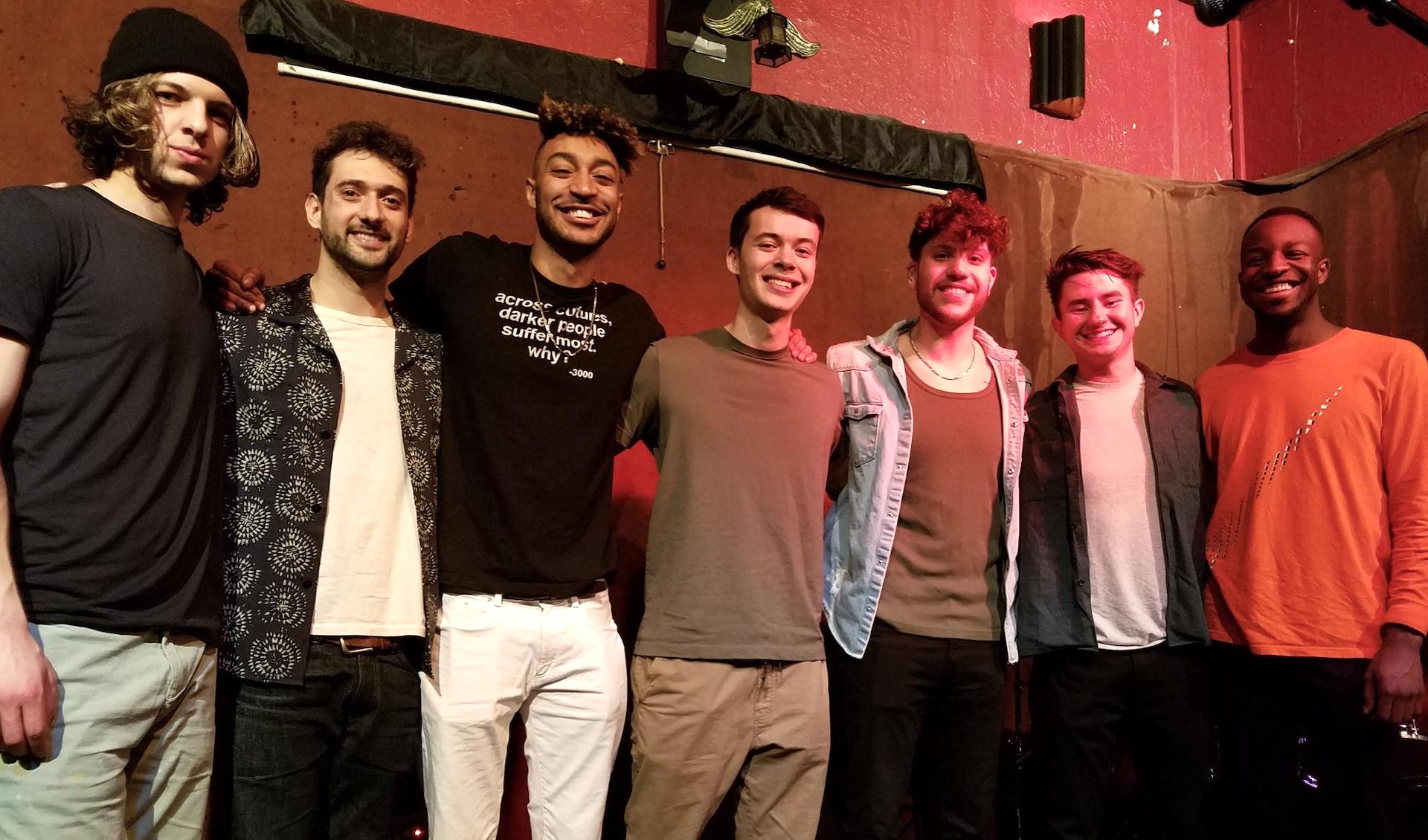 The seven members (Ben Stevens, Kamau Burton, Christian Rose, Dan Moss, Miles Clyatt, Rami El-Abidin, and Michael Ricciardulli) of Juice describe themselves “Boy-band Super Rock Group” and are clearly more than the sterotypical boy-band. The Boston band, who met while going to Boston College, evoke a rhythmic/harmonic blend of of every genre from hip hop, R&B pop, and rock that their growing fanbase has found infectious. “The hardest question for us to answer is always who do we sound like. We have so many influences from so many different places. When it all falls together, we end up with songs that are honest, songs that we love, songs people remember…but songs that don’t sound like anyone else” explains guitarist, Michael Ricciardulli. After meeting as freshman at Boston College, Juice became unified upon winning their school’s “Battle of the Bands” in 2014. Encouraged with the positive reception that they were getting, the band focused on honing their live performance, selling out East Coast hot-spots such as Brighton Music Hall, Mercury Lounge, Rockwood Music Hall, and others. Their self-titled debut was released to strong reviews in 2018 and the band is already working on a follow-up.

B-Sides met up with Juice during the West Coast run of their current tour to talk about college days, upcoming music and more. Check out the interview and Juice performing, “Audrey Tell Me”.