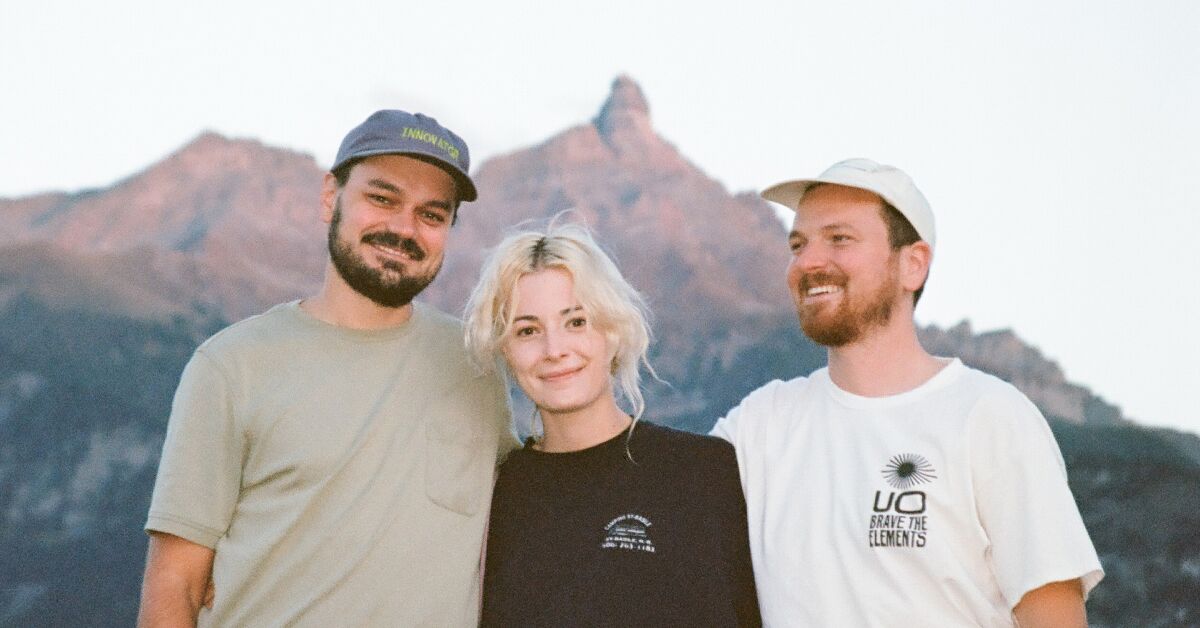 INTERVIEW: Men I Trust Achieving Success At Their Own Pace

Indie dream-pop Canadian trio Men I Trust (Emma Proulx, Dragos Chiriac, and Jessy Caron) embarked on a musical journey shortly after their college years. Dragos Chiriac and Jessy Caron were already long-time friends, who reconnected during university and formed the group with a sonic direction but with guest singers. It was their invitation to singer Emma Proulx to join them on a few songs that they found a bond via their love for music to round out the band. Since then, Men I Trust has been gaining recognition through their peers (Tyler The Creator invited them to play his curated festival, Camp Flog Gnaw Carnival) and have been touring all over playing huge festivals as well as smaller venues. Currently, Men I Trust are touring North America ahead of their debut album, Oncle Jazz, which is yet to be released. B-Sides spoke with Emma Proulx about their experience at the predominantly hip-hop festival, remaining independent working at their own pace and expectations for playing their first Coachella.

There’s been a steady growth of the band since your performance at Camp Flog Gnaw Carnival. Lots of people are taking notice of you guys. How was the festival itself like hanging out with SZA and Tyler, The Creator?

It was fun! It was super random for us being there because we’re a small Canadian band. We’re super indie and we’re surrounded by big name artists. I love his [Tyler, The Creator] leadership and his involvement with music. He’s really curious and I feel like all the artists have something in common. Everybody was so cool. The experience was amazing! The public was nice. Our set was early in the day so after we had the rest to enjoy our time. For us Canadians, being in L.A is always a blast! We’re really grateful and thankful to Tyler.

You’ve been 100% independent. I feel like a lot of bands struggle with the direction they want to go. You guys have been independent for quite a number of years. How have you managed that balance? Now with this additional attention I’m sure there are lots of opportunities being presented to you.

Early on we learned quickly how to do everything ourselves and we really have fun creating everything. With the emails and business side it’s not always easy and we’re not married to the idea of not being helped. But we’re a still small band so it’s pretty manageable. Music in general it’s easier to be seduced by that person/label who’s gonna change your life. Over the years, you make your own choices. I think we gained that experience with years. It would have to be an incredible offer where it would fulfill a need that would help versus just to get help but everything has been going alright and we feel more in control by doing everything ourselves.

Your band has been together for many years with Jessy and Dragos. You guys have evolved and matured. What was the appeal for you to join Men I Trust full-time? The initial process of looking at their work and that attraction?

We come from a small place so I knew of them through friends of friends. It’s always what I wanted to do. It just kinda happened that way. We always did music and shows together just the three of us. I knew the band before and it was the only local band I was really impressed about. When they asked me to sing for them, I was really happy and respected them. I was really motivated.

Creatively and musically – do you feel like you found a sound/style of music that you intended to create?

It’s something interesting. Singles wise and our first album we really sound like experimental. We’re releasing an album soon and you’ll hear more freedom in it. More different styles between songs. No matter what type of song we’re doing it sounds like Men I Trust. We just want to sound natural and be ourselves.

The song “Say, Can You Hear” was just released. That one is a great song and it’s one of those songs that sticks to you. How did that song come about?

It’s about a friend at a party. I can’t tell you more.

Is it the same person from your song “Seven”? This guy has been a real inspiration to Men I Trust.

Yeah. There’s real people involved in these songs. He’s just that type of friend that has crazy stories. He’s a really good friend of ours.

You just touched on the album Oncle Jazz. How’s the writing process going? Is it done?

It’s 95% done. We really don’t want to let that 5% go so we decided to release it after the tour. Since we’re independent, we have that freedom to postpone the release to give the people the best album as possible. We’re not in a rush.

When do you think it might be done? Can we say before Christmas?

Not sure on a date, but really soon. Absolutely! I promise you’ll have it before Christmas (laughs).

Congratulations on being invited to Coachella! It’s a great milestone. Where were you and what were you doing when you found out?

Thank you so much! It’s crazy. Dragos got the email about Coachella. I didn’t believe him, but then after that I was super stoked and surprised.

Have you been to Coachella before? How are the expectations like as a performer?

No, I’ve always wanted to go to Coachella and now I am. I try not to expect too much for a festival. You just need to be there. It’s different from what we’ve been doing--small and intimate. We’ll put on the best show!

There are a lot of people on the lineup. Anyone you’re eager to see?

That’s a hard one. I’d say Tame Impala is the one I really want to go see!

Thanks to Emma for spending time with us! Win your tickets to see Men I Trust during the Noise Pop Festival when they play the Great American Music Hall in San Francisco! Click our Instagram link here for your chance to win!

Men I Trust - Say Can You Hear