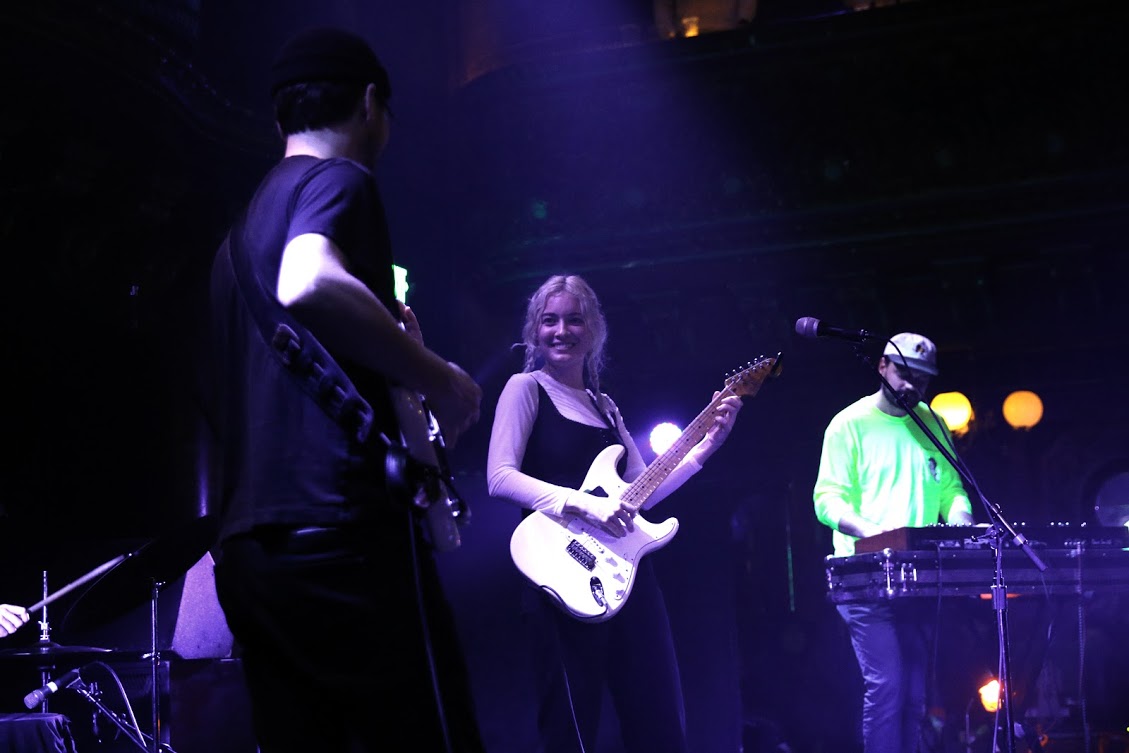 Men I Trust performed at a sold-out show at the Great American Music Hall in San Francisco, one of many sold-out shows on their current headlining tour. The crowded room showed up early and quietly sang along to familiar songs such as, “Say, Can You Hear” and “Show Me How“. Starting off as a small indie trio from Canada to now touring and selling out shows, the French Canadian dream-pop band (Emma Proulx, Dragos Chiriac, and Jessy Caron) embarked on a musical journey shortly after their college years. Dragos Chiriac and Jessy Caron were already long-time friends, who reconnected during university. It was their invitation to singer Emma Proulx to join them on a few songs that they found a bond via their love for music to round out the band. Since then, Men I Trust has been gaining recognition through their peers (Tyler The Creator invited them to play his curated festival, Camp Flog Gnaw Carnival) and even grabbed the attention of Berlin band Parcels.  They’ve been touring all over playing huge festivals (Coachella in April) as well as signature venues. Currently, Men I Trust are touring North America ahead of their debut album, Oncle Jazz, which is yet to be released.

Check out the photos from the San Francisco tour stop: