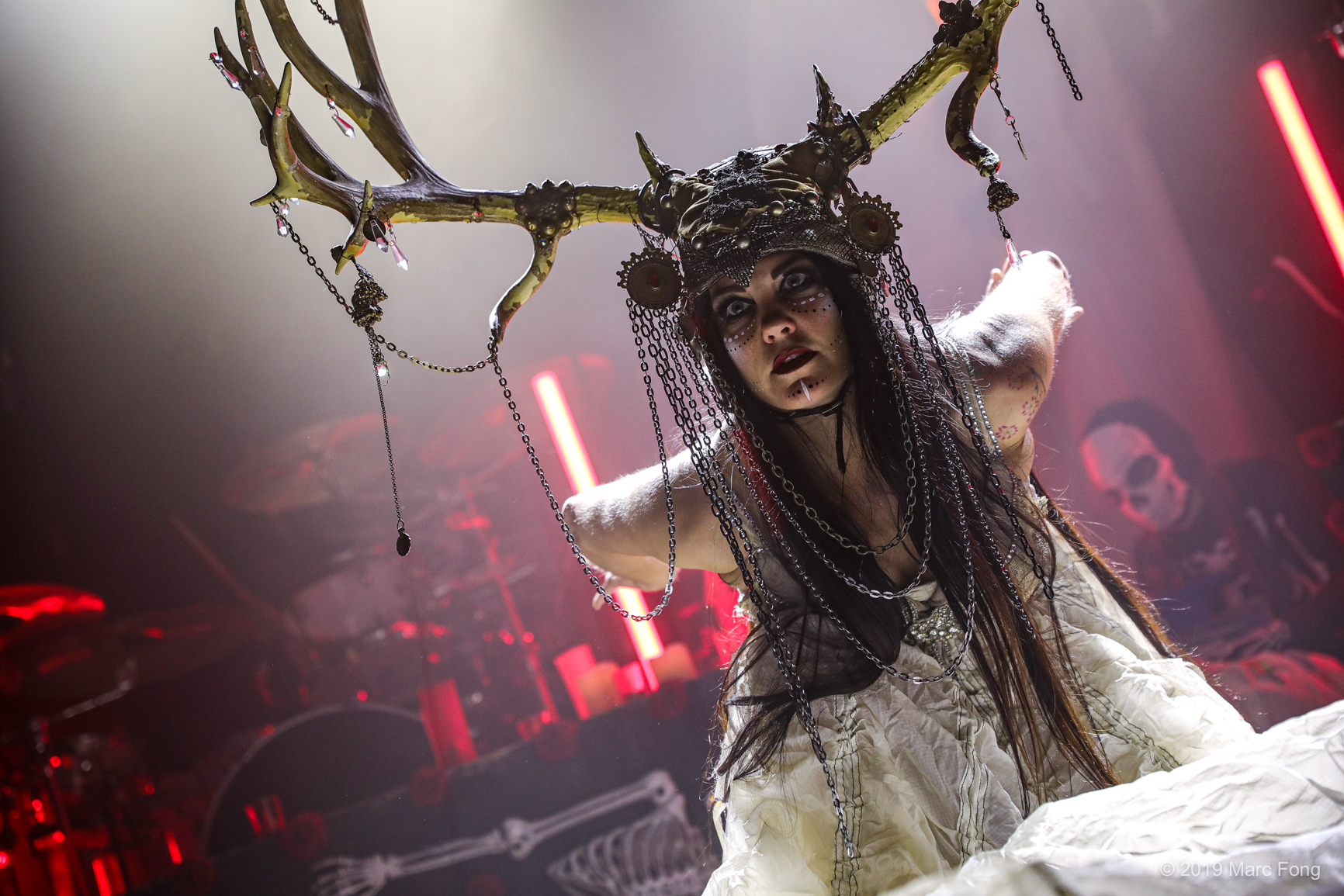 It is very fascinating when modern music connects with traditional musical styles that have existed for thousands of years. Beats Antique is an Oakland-based ethnotronica group that blends electronic music with various genres of world music. The group’s unique musical style merge live instrumentals with Tribal Fusion dance and performance art that reflect their influences of Middle Eastern belly dance music, hip-hop, afro-beat, and jazz. This combination was on full display when Beats Antique performed at the UC Theatre in Berkeley.

During the show, concertgoers socialized as they ate and drank while observing Beats Antique’s performance. The mood was generally laid-back as the crowd nodded their heads in appreciation of the band’s vibrant musical sounds. The crowd’s faces displayed intrigue by the choreography, as the dancers who were dressed in colorful dresses, moved in flawless rhythm. The dancers’ attire varied throughout the set as they donned skeleton bodysuits, long Middle Eastern belly dancing skirts, and a white dress worn by a dancer that was accompanied by deer antlers. The show was a full experience of both dance and musicianship highlighted by Zoe Jakes, whose entertaining belly dancing encompassed the collective’s creativity and visual stimulation.